Greenwashing in the British floral industry

Gill Hodgson, founder and honorary president of Flowers From The Farm, has been digging into some of the ethical claims made by major players in the British floral industry and found many of them to be unfounded and dangerously misleading. She explains what led her to these discoveries and why she has now set up formal channels to fight floral greenwashing.

When I began a month of Instagram posts about greenwashing, I had no idea that I was starting up another movement. I seem to have a flair for thinking up a good idea and then looking on in terrified amazement as people turn to me as some sort of expert; expect me to know answers and look sensible.

As with Flowers From The Farm, The War Against Greenwashing Flowers began with a vague idea that 'someone ought to do something,' and deciding over a G&T to dedicate a month of my Instagram account to sharing what I knew about some of the untruths told on websites and in adverts about the provenance and credentials of the flowers people buy. 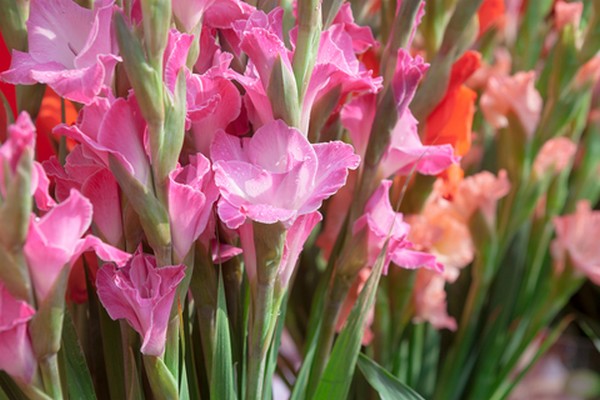 It was the injustice of seeing Organic Blooms, FFTF members in the South West, placed in fourth place on a list of the UK's ethical florists that started me off. By any rational, fair evaluation, Organic Blooms would top any ethical table, so I turned my attention to the three online floristry companies who had beaten them.

Reading websites and sustainability reports together with many hours of YouTube revealed the judging process to be a sham: companies importing more than half their flowers from Africa were describing themselves as organic, and all three companies placed above Organic Blooms – Arena Flowers, Prestige Flowers, and Bloom – had paid to be awarded extra points.

I wrote about them on Instagram – googling the intricacies of the law of libel first and being careful only to tell the truth. The more I found out, the crosser I became. I'd always been cynical about the efficacy of carbon offsetting but hadn't imagined the extent and range of businesses offering to make another look shiny. There's a murky world within a murkier world with millions of pounds being paid so that bad environmental practices can continue unabated. All this seemed a long way from the innocent-looking letterbox flowers that started me on the quest.

I posted an image of SHER, the biggest rose farm in Ethiopia, with its acres and acres and acres of plastic, and received so many comments saying, "Oh, I thought African roses were all grown outside" – and this goes to the heart of the problem.

It's the customers' perception of what they're buying that's wrong, and that has to be changed. Clever phrasing and ambiguous claims have conned buyers into a make-believe world where a smiling Freddie himself cycles up the drive and delivers British-grown flowers to their door.

This is the bit I'm railing against: not the fact that these flowers are imported, but the lengths the companies are going to show that they're actually doing the world a favor.

A group has now formed to continue the work I began and to fight greenwashing in the flower world. You can find Greenwash The Flowers on Facebook and @greenwashtheflowers on Instagram. Please do follow and give your support to the team. You can, should you wish, find all 31 of my mini-articles on my Instagram account @fieldhouseflowers, where they're corralled together in a series.

Flowers from the Farm
www.flowersfromthefarm.co.uk