UK: Biotecture blooming successful in Flowers in the City Awards 2022

A living wall that brings an oasis of greenery at New Street Square in Holborn, London, has helped Biotecture secure victory in this year’s Flowers in the City Awards living wall category. Success in this year’s Living Wall category follows on from the project securing the 2021 Master’s Special Trophy.

The Flowers in the City Awards, which are run by the Worshipful Company of Gardeners, recognizes efforts to enhance the City of London with colorful plantings that enhance its international reputation as an enjoyable place to work.

This year’s awards ceremony took place in the Mansion House on 10th October and was attended by prize winners, judges, and members of the Flowers in the City committee. 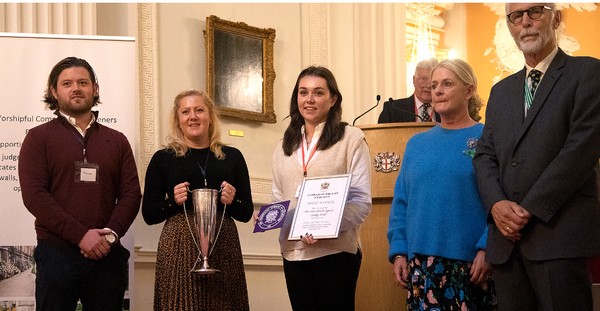 Biotecture supplied a total of 240m2 of living walls to New Street Square. These were to the east, south, and west elevations. Once installed, the living walls had a transformative effect on the visual appeal of the area, creating a remarkable oasis of greenery.

Aside from the visual benefits, the Biotecture living walls contribute to reduced urban temperatures, increased biodiversity, and improved air quality. Plants within the living walls also remove pollutants through the process of phytoremediation, achieving a noticeable difference in the quality of air in challenging city locations. 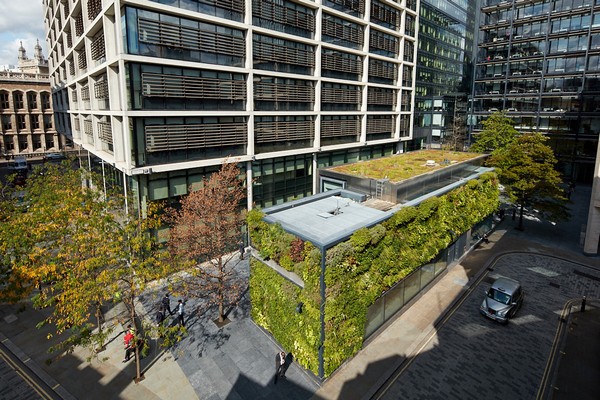 Richard Sabin, Managing Director at Biotecture, said: “The living walls at New Street Square have had a transformative effect on this part of the City of London. We are delighted to receive a Flowers in the City Award, which follows on from last year’s Master’s Specials Trophy for the same project.”

He added: “Although it is the visual aspects of the living walls at New Street Square that people notice first, what they don’t realize is that they receive important health and wellbeing benefits from being closer to nature.”

Russell Hearsum, Maintenance Director at Biotecture, explains: “It’s fabulous that our horticultural team has been recognized by the Flowers in the City Awards judges for the second year running. The living walls continue to look as good as the day they were installed, and that is due to the design input from our experienced team and knowledge of the maintenance team.”

Biotecture’s patented BioPanel system is a modular hydroponic living wall that combines efficient water management with remote sensing technology, meaning it maintains healthy plants in all climates over the long term. It can be retrofitted as part of a façade refurbishment and incorporated within new buildings as the integral rainscreen cladding element.