The woman behind Marginpar's strong plants

Janet Kagendo is not just a mom of two, but also a plant mom to 400.000 baby plants. Most of them Eryngium, and a fair share of Helleborus, Asters and Ornithogalum. She sends these baby plants off into the world after just 9 weeks of her care, which is the time she needs to get them ready for successful production on all of Marginpar's Kenyan farms. Janet has been Marginpar's propagation manager since 2020. 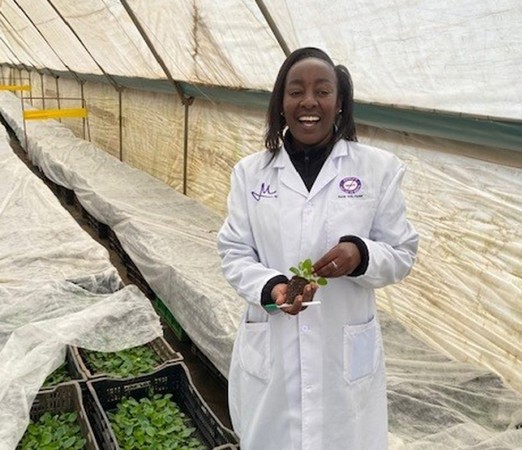 New dreams
Having worked in the flower industry for several years before joining Marginpar, Janet brought a lot of knowledge and expertise to Kudenga Farm in Kenya, which is where Marginpar's propagation unit is located. She got her degree in horticulture in 2003, and has worked in production and propagation roles ever since. As a kid, her dream was to become a doctor, whether it be for people, animals, or plants. To be able to look at something, find out what the problem is, and be able to fix it. And in a way, that is exactly what she gets to do now. These baby plants, and sometimes roots and seeds, need a lot of attention, and very close monitoring to keep them healthy and set them up for success.

The perks of Marginpar's culture
Janet has a team of over 30 value adders, which definitely makes sense considering the scale of this operation. Janet: “Because of the Hamuka culture that we live by on our farms, we have inverted the triangle, and we are utilizing the many eyes that are always on the process. I am very proud of the way we have been able to train our people. We have really made them aware of why we do what we do, and we don’t just tell them what to do. This gives them job ownership, they feel the responsibility that we give them, and they live up to it.” 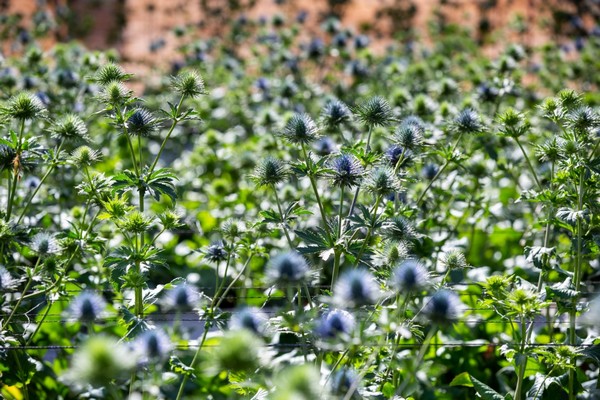 A strong start
But what exactly does this team do? Janet: “It all starts with the market demand, and crop planning. From there I know how many plants will be coming, and when they are coming. I make a schedule for it, which I cannot deviate from. Let’s take Eryngium as an example, as this is also the main crop we propagate. The baby plants come in from the Iribov lab (more on that later), after which we immediately transfer them into our own medium. They are all placed in trays, labelled by variety, and arranged on the tables. It is very important to regulate the environment. Important factors are temperature, humidity, and light exposure.”

"Our roots are our succes”
Between week 1 and week 5, the roots will begin to shoot. At week 7, it’s time for them to move to the so-called ‘hardening area’. Janet: “That is an area where they are trained to get acclimatized to a an open area. They are slowly introduced to outside conditions. And then after two weeks the plants are ready to go.” We grow Eryngium at all of our Kenyan farms, and climate varies between them. But, Janet assures us, “the plants will do fine in all these climates, because we have given them a strong start.

Eryngium is susceptible to pests and diseases, but a strong start in propagation gives them a fighting chance against pests, stress and infections during production in the fields.”

Not all plants will properly root and survive, there is always a little loss. But, the success rates have increased immensely over the past two years. Janet: “In the last two years, we have improved survival rates with 30%. There were SOPs in place, which I have further developed. I have changed the medium mix, and the frequency of preventative care, and altered the recipe of feeding. It’s like a small baby, you have to always be attentive to their needs. If they are not feeling well, you have to adjust to what you think they need. Also, the propagation area has had a make-over. Before, we were propagating in tunnels. Now we have a proper propagation facility, where we can regulate the climate much better.” 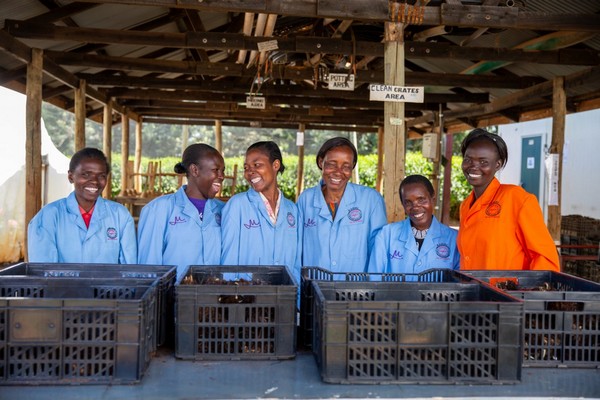 "We want more"
Despite these impressive success rates, Janet is always looking for more improvements. One of her wishes is an expansion of the propagation unit. Janet: “Every now and then we have to outsource a part of the propagation because we are limited in space. I would love to bring that part back to our own care.”

Marginpar's Eryngium breeder - Kwekerij Sinnich - provides starting material from his selections. The propagation process is initiated in the lab in the Netherlands. The young plants are placed in a custom made growth gel, after which they are transported to the facilities in Ghana. Here the young plants will grow side shoots, which can be cut off to repeat the same process with, over and over again.

A new batch of young plants is directly transported to Janet every week or fortnight. At the propagation unit in Kenya, the young plants are moved from the gel medium to a sterile medium for rooting. A big change, but one Janet monitors closely, and very successfully.