Murata Manufacturing is a Japanese manufacturer of electrical components and multi-functional modules ever since 1944. Among the company’s product catalogue are various soil sensors that are designed to continuously measure the conditions in agricultural environments.

Murata soil sensors have been tested on multiple pilot projects in field-based agricultural operations but are now being introduced to the greenhouse and landscaping industries. "Indoor farming could be the next target market," according to product manager Juli Ban.

“Indoor farming can certainly be in the scope as sensor-based irrigation management can play a crucial role for the success of such farms,” says Juli. 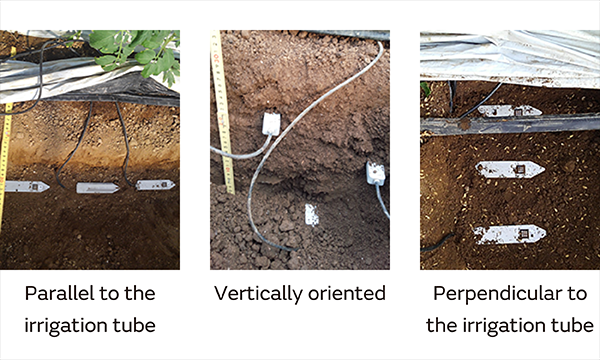 Multi-use sensors available for soil-based production, soon adding other media
Murata offers 3-in-1 sensors that simultaneously monitor the temperature, soil moisture, and conductivity. The company also has a separate sensor for carbon dioxide measurement, which is available for greenhouse operations now.

For the time being, the 3-in-1 sensors can only be used in soil and natural substrates but Murata is developing solutions for Rockwool and coconut-based growing media.

“We need to optimize the algorithms and software to work with these different growing media. We have already done some preliminary testing and saw great results,” explains Juli. 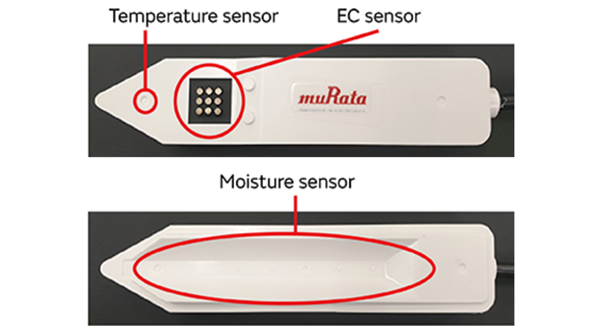 Murata is also collaborating with different platforms and system integrators to provide the grower with soil conditions as well as weather and irrigation data. While the company specializes in electrical components, Juli explains that this specialty alone is not sufficient from the end user’s point of view, which prompted the company to look for partners in system integration.

So while Murata’s agricultural offering may currently focus on soil-based production, growers can look forward to seeing media-agnostic technologies coming to the market sooner rather than later, all backed by Murata’s 80+ years of expertise in electrical systems.