This year, Christmas tree consumers may be challenged again in finding a traditional tree due to a continuing supply shortage that can be attributed partly to climate change.

Strain on supply has been building steadily over the past few years due to everything from buyers’ increased interest in having real trees to recovery from pandemic-induced shipping problems, fewer local farmers growing trees, and climate change.

UBC Faculty of Forestry professor Dr. Richard Hamelin explains how climate change continues to plague the real Christmas tree market and what should be considered for improving the worldwide growing supply chain shortage. 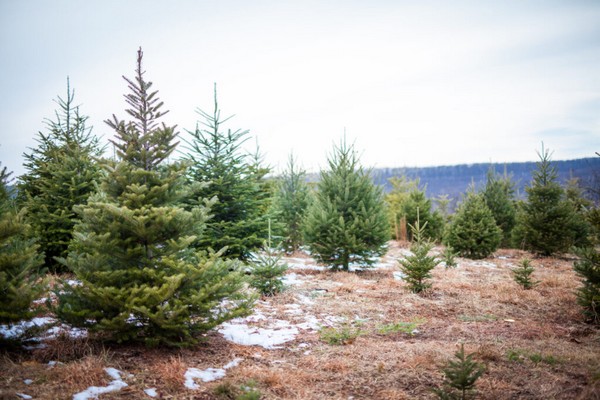 How do we grow Christmas trees?
Christmas trees are grown mostly in plantations or on farms. It is more similar to an agriculture operation than a forestry operation. Christmas trees can also be grown naturally in the forest, but this is a very small proportion of the trees sold and is not really sustainable. The demand is too high. In Canada, we produce between three million and six million Christmas trees annually. A large number of those trees are exported.

What is the predominant species grown for Christmas trees?
There are a variety of tree species that are favored as Christmas trees: Douglas fir, Noble fir, Grand fir, but also pines and spruce. Balsam fir tends to be the most popular in North America. It has nice qualities like soft needles, a nice scent, and it can also retain its needles longer.

How is climate change affecting Christmas tree growth?
As we have learned, climate change causes challenges like extreme weather events, including flooding, heat waves, and wildfires. What really hurts Christmas tree production is when you have consecutive droughts, as we have had the last two years, combined with freak weather events like the heat dome. This is particularly hard on the small trees, the seedlings. Pests and diseases have also been a big problem, and they can be favored by climate change. Trees that are weakened by stress due to heat and flood are more susceptible to diseases.

What does the future look like for these trees?
Conifers that didn’t die from the heat dome and the drought can recover. The producers just have to wait until new needles are produced. This could take a couple of years. So growers can delay harvesting. They can also plant new seedlings, hoping that there won’t be droughts in the next couple of years.

What are some of the solutions to protect Christmas trees in the future?
Genetic scientists are key to finding answers to selecting trees that are more adapted to these harsh conditions and to diseases. For example, they can build roadmaps for identifying desirable traits such as drought and pest resilience through the application of lab methods such as genomic sequencing for conifers. There is also the possibility to select non-native tree species that are more drought-tolerant, such as the Turkey fir and the Nordmann fir, which are more drought- and disease-resistant.

For more information:
The University of British Columbia
www.news.ubc.ca