Hoffman Nursery owner retires after 40+ years in the horticulture industry

John Hoffman has spent over 40 years in the horticulture industry. In 1981, he started a design-installation firm called Landscapes by Hoffman. Shortly afterward, he discovered ornamental grasses. Grasses weren’t widely used in the U.S. in the 1980s; however, Europe had already embraced them. John traveled to Germany and was fortunate to meet with the late plant breeder, Ernst Pagels. Pagels’ enthusiasm for grasses and grass-filled gardens kindled John’s interest. John also gained inspiration from his mentor, the late J.C. Raulston, at North Carolina State University. J.C. believed grasses would become popular and encouraged John to pursue his interest. The more John learned, the more his passion for grasses intensified. 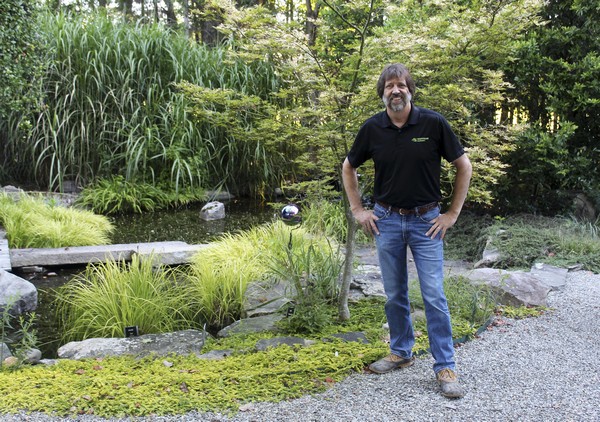 In partnership with his wife, Jill, John transitioned from landscaping to growing in 1986. Hoffman Nursery was established on a 45-acre former tobacco farm in rural Rougemont, North Carolina. John personally delivered their first crops—grasses in large, finished sizes— in rented box trucks. Before long, the Hoffmans constructed their first hoop house, which allowed them to work through the intricacies of producing small, liner plants.

John shares, “As of January 1, 2023, I am officially retired from Hoffman Nursery, Inc. I’ve had a lot of fun over the past decades with tradeshows, conferences, and travel to nurseries, gardens, and other places around the world. Meeting many great friends and colleagues in this industry has been the highlight of the last 40+ years for me.

While I am retiring from the nursery, I’m not going too far – I expect to be at tradeshows and travel to visit customers and friends for years to come. I look forward to finding new plants and ideas to bring back to the nursery. In addition, I have a long list of home projects to do as well as two new grandsons to teach how to build a fire, go camping, and enjoy the outdoors.

Things have already been changing with the addition of the stock farm and almost completed propagation glasshouse – and there is lots more to come. I look forward to watching the business transform and keep growing – and continue to grow good grass!”

COO David Hoffman shares, “I speak for all employees when I say we will miss seeing John every day at the nursery, but we are grateful to continue his legacy of growing good grass.”