The mini anthurium Million Flowers Red of LUNDAGER has been on the market for one year now and the popularity of this product has risen sharply. They are now able to meet the demand and have decided to add four new mini anthurium varieties. "And also for these varieties the demand is high", says Olga Lundager, the owner of this Danish company. 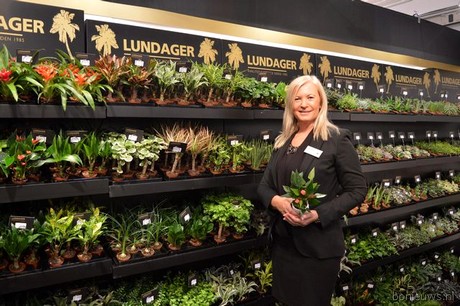 Million Flowers Red
The mini anthurium Million Flowers Red is grown in a 6 cm pot and is known for its small flowers and foliage. "They are only a few centimeters in size", says Lundager. The variety has been bred in cooperation with Dutch company Rijn Plant and after two years of intensive testing, the plant was ready for commercial production. "In Europe, we now have the exclusive right to produce this plant in pot sizes 6 and 7 cm," says Lundager. And in order to make the product even more attractive, they also designed a pot for this product and named the concept Small Beauty. "With this concept, we think we have created a good balance between the pot and flower." 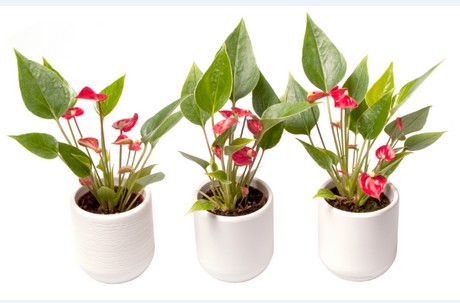 High demand
Since its introduction, the demand has increased fast. "At first we could not meet the demand. We could only produce 2,000 plants on a monthly basis and this was not enough (totally in production was 12,000) ", says Lundager. Fortunately, now there is enough starting material which enables LUNDAGER to produce 60,000 to 70,000 plants in production space and approx. 6,000 a month and meet the demand. 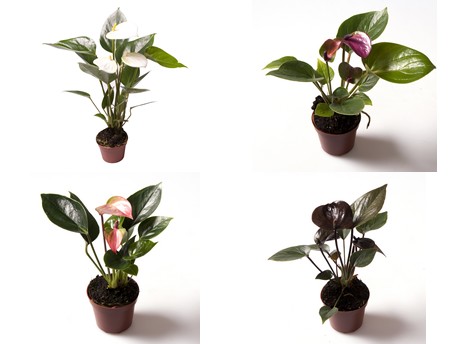 Four new varieties
Due to the success of the anthurium Million Flowers Red, Lundager decided to introduce more varieties. "After testing several mini anthurium varieties, we have chosen four varieties that we will add to our assortment." These four new varieties are completely different from the anthurium Million Flowers Red, the only aspect that they have in common is their pot size, which is 6cm. The colors of the flowers are chocolate, white, pink and light pink. Currently, they are able to produce 1,200 plants of each variety a month. "And we will try make 6000 a month, but it depends on productions material and markets demand." 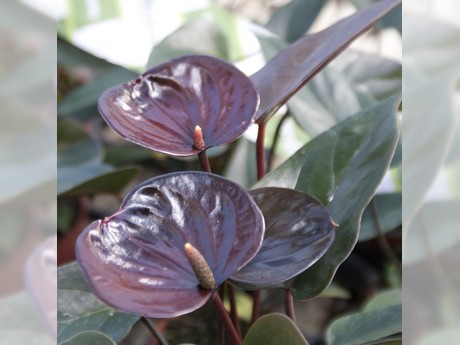 High demand
And also for the new varieties LUNDAGER noticed a high demand. "We have showcased these varieties at Handelspladsen 2016 in Odense Denmark in August and we received a lot of positive reactions from the Danish exporters, but also the Swedish, Finnish, Norwegian, German and Dutch buyers", she says. 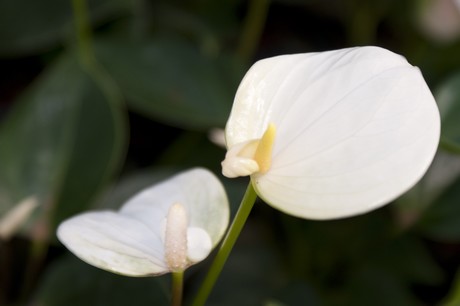 Trade shows
And these new varieties will be put in the spotlight in more trade shows. They will be on display at the Royal FloraHolland Trade Fair Aalsmeer, the Netherlands, next month (booth number: 43.16) and the IPM Essen, Germany, in January (booth number:5C27) 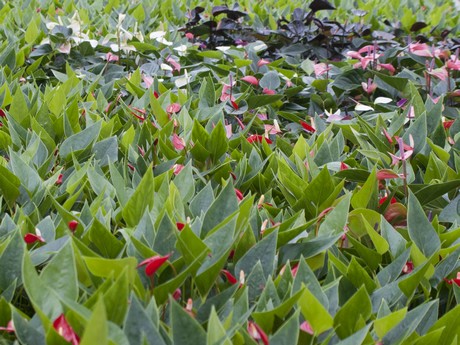 Lundager
Lundager produces around 350 varieties of green and flowering plants, succulents and cactus in 6 cm pots, approximately 100 varieties of green plants, succulents and cactus in 10,5 and 12 cm pots and over 200 added value items and magnetic pots. Over 80% of production is sold to export markets in Europe and 3 countries.