Suntory’s Princettia euphorbias brought a new color palette to the holiday landscapes at Walt Disney World’s resorts and theme parks in central Florida. "Pleased with their performance a year ago, Disney’s horticultural staff expanded their use at Magic Kingdom and EPCOT, as well as Polynesian and Grand Floridan resorts", says Delilah Onofrey, License Manager at Suntory Flowers. Last week, she visited Disney World, together with Princettia breeder Andrew Berneutz, and took pictures of how the Princettia's are being used in this park. 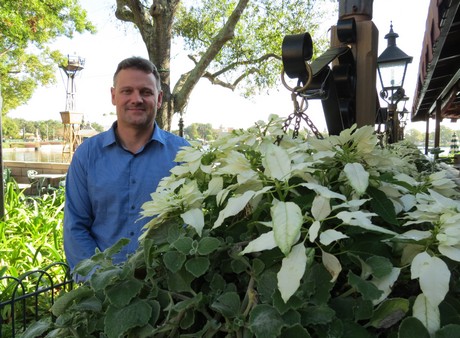 EPCOT’s main attraction is its international village and celebrations of countries and cultures. The soft pink Princettias varieties are used in France and the mid-range pinks in Morocco. 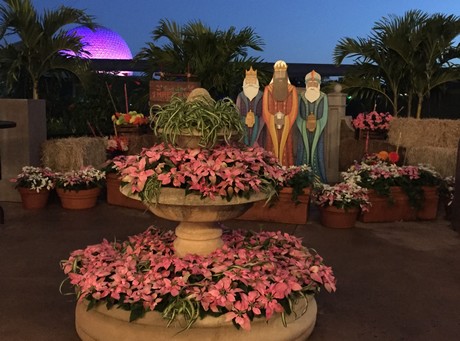 Princettia Max White shined at night outside a UK pub in hanging baskets. At Magic Kingdom, Princettia Red was mixed with traditional white poinsettias in beds and window boxes. 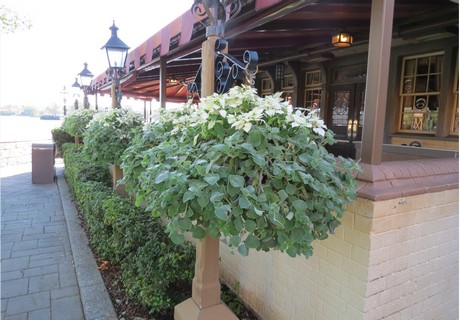 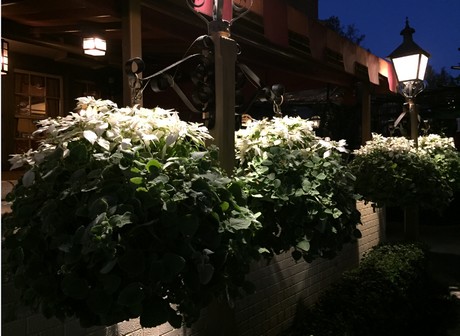 At Disney’s Polynesian Resort, they blended red and bright pinks to create a tropical punch. Over there, the Princettia was planted at entry landscapes, mixed with tropical foliage in towers and tucked into interiorscapes. 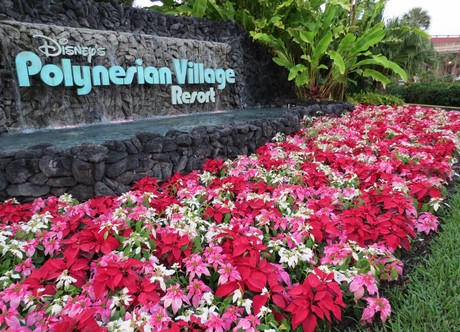 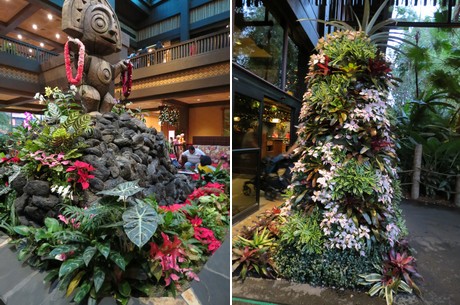 Also at the most prestigious Disney resort, which is the Grand Floridian, Princettia's were used. Baskets and urns surrounded the wedding chapel. 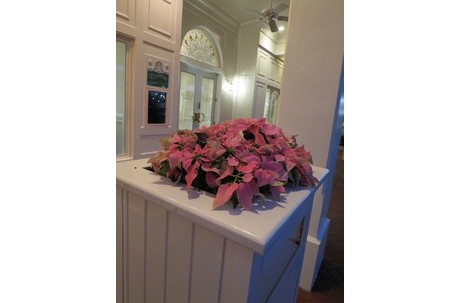 Every single plant on the Disney properties is being mapped out by Disney’s horticultural director Heather Will-Browne and her team, who are continuously designing and refreshing the creative displays. “The plants are just beautiful and long lasting,” she says. “I can see us using Princettia more and more.” 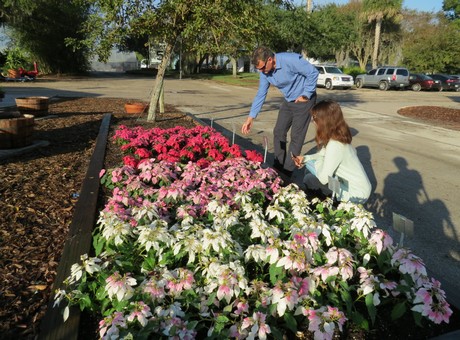