“People are looking for different things, and a blue rose is such an item that really can diversify one’s assortment from the rest”, says Mario Vicente, General Manger at Fresca Farms, who’s been supplying Suntory’s blue rose, Applause, for over a year now. The demand for this bluest variety in the market is growing as more people get used to it, but it’s still debatable how blue Applause is. “When looking at the flower on its own, some find it more lavender. However, when comparing it with other lavender colored roses, they see it is more blue.” So, in order to let the word “blue” pop up first in the mind of the consumer, Suntory continued breeding, and they are currently conducting trials for a more true blue rose. 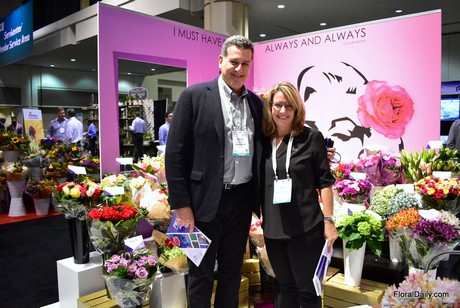 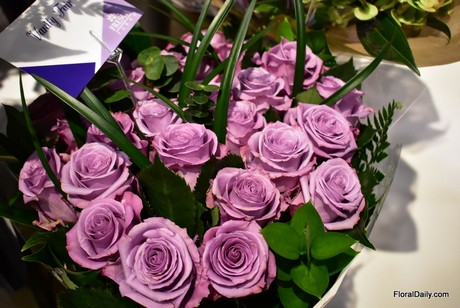 True blue and longer stems
Applause is known as the bluest rose variety on the market, but it is still debatable how truly blue the color is. “Some customers found it not really blue, more lavender”, says Vicente. He agrees that it is not a true blue rose yet. “But if you compare it with other lavender roses, you can see that the others have more pink in it. Applause is a rose that has the blue delphinium gene in it and this creates that blue-violet color.”

In order to make the color more true blue, they are conducting trials. “At Florigene in Colombia, Applause is being grown and at their farm, we are trialing four codes. “So far, they are quite promising.” On top of that, they are also working on getting longer stems. “Now, they produce 40 cm, and we would like to offer longer stems.” 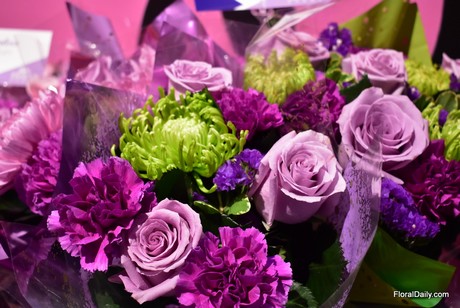 Diversifying product
Fresca Farms still is the exclusive supplier of Applause in the US, and Vicente foresees a bright future for this variety. “People are looking for different things, and Applause is such an item that can really diversify one’s assortment from the rest.”