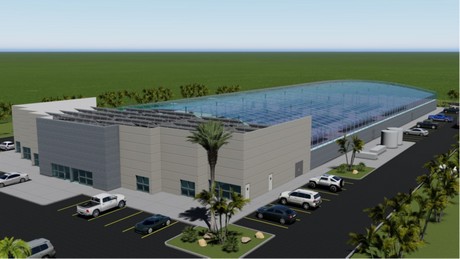 Cleanroom technology for sterile environment
The AGT Greenhouse system is copyrighted and under provisional patent protection due to its proprietary features. The greenhouse includes a sealed, cleanroom laboratory environment with variable daylighting control, which is suitable for medical plant research, plant testing for new hybrids through DNA co-mingling, hybrid seed testing, bio-algae, and for growing in cold climates or barren environments. All air flow is managed by proprietary oil bath fans, which contain a series of oil laden filters and traps to eliminate airborne contaminates and odors.

'Save up to 80% in energy costs'
AGT’s proprietary Natural Earth Air System locates the mechanical system underground and utilizes the natural earth core air temperatures of 55 to 60 degrees for heating and cooling. In the AGT Greenhouse, a glass ceiling covers the entire grow area encasing the steel framing system between the roof and ceiling. This is important for several reasons: the sealed roof/wall air cavity provides dead air space insulation and the glass ceiling reflects conditioned air back down into the grow area. 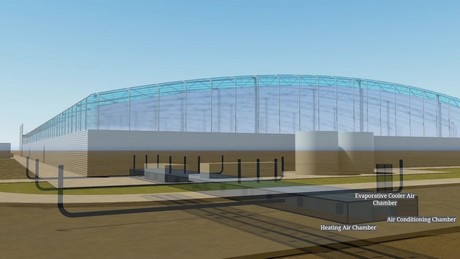 Modern aesthetics
The overall architectural appearance of the AGT Greenhouse is appealing and accepted by building departments with strict aesthetic standards. Each greenhouse is manufactured to the customer’s specific requirements.

“Greenhouse technology hasn’t really changed that much. What we’ve done is start from the premise of what growers need most, then reverse engineer to come up with the most advanced greenhouse on the market today,” said Terry Van Gelder, President of Ancon Development Corporation.