The majority of the flowers and plants cultivated in Thailand are mainly destined for the local market. However, when offering them across the border, the interest seems to be high as well. Nicolas of The Amazing Flowers of Victoria, for example, decided to export Thai flowers and plants over a year ago and his business grew rapidly. Six months ago, he even decided to grow the best-sellers himself - only for export. 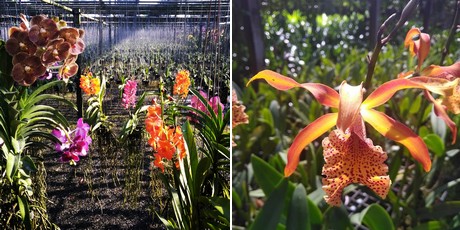 All from Thailand
The assortment of The Amazing Flowers of Victoria consists of cut orchids, lotus flowers and whole plants. He works with 10 flower growers, which enables him to supply almost all kind of orchids from Thailand. And in order to have the popular varieties, like vanda and cattleya, available at any time, he decided to grown them himself on 3,000 m2 divided over several locations at several growers. He has around 20-30,000 plants growing now of which 60 percent are plants and 40 percent cut flowers. 100 percent of the flowers are being exported. 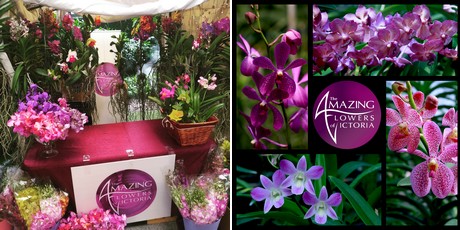 Export: "In its infancy, but improving"
The majority of the flowers cultivated in Thailand are mainly for the local market. "The local demand is high, so they do not have to export. If I am correct, on total production in Thailand, only 20 percent is for export, the rest for local market. Thailand, however, exports products for over 100 years, but it always has been a bit weak. We can say that it is in its infancy, but we clearly see that it is improving; within three days, we can deliver the flowers at our customers", he says.

Demand increasing
Since the establishment of The Amazing Flowers in 2017, Nico has seen the demand increasing sharply. According to Nicolas, the high demand mainly originates from the fact that cut orchids are not available in many other countries. "Throughout the year, there is a high demand for tulips and roses, but since 10 years, all kinds of orchids are in high demand. Cut orchids are, however, difficult to find."

Besides the number of plants, also the number of countries increased over the last year. Nico is pleased to say that he just added a new continent. "Next to Asia, Europe, and North America, we just sent flowers to wholesalers in two countries in Africa."

Expanding own production
In the coming year, Nico is planning to expand his own production. "By producing our own flowers and plants, we can better control the whole chain - also quality and quantities. Besides, it is more profitable. By next year, we hope to cultivate our own flowers on 6,000m2."