More and more Ecuadorian flowers arrive in US by ship

It is often said that sea transport is a good alternative to air transport - it's now becoming a reality for exporters and customers in the USA. The demand has grown sharply, particularly for sea shipments with vacuum coolers. Agroideas, for example, is living proof. During the Valentine's season alone, the tons of flowers processed by their vacuum cooling had a 270% growth with respect to the tons processed in 2018. Interestingly, the number of claims was 0%. "For high seasons it is definitely an alternative that will regulate exports both in transportation and in final prices", says General Manager of the company Juan Yazbek. 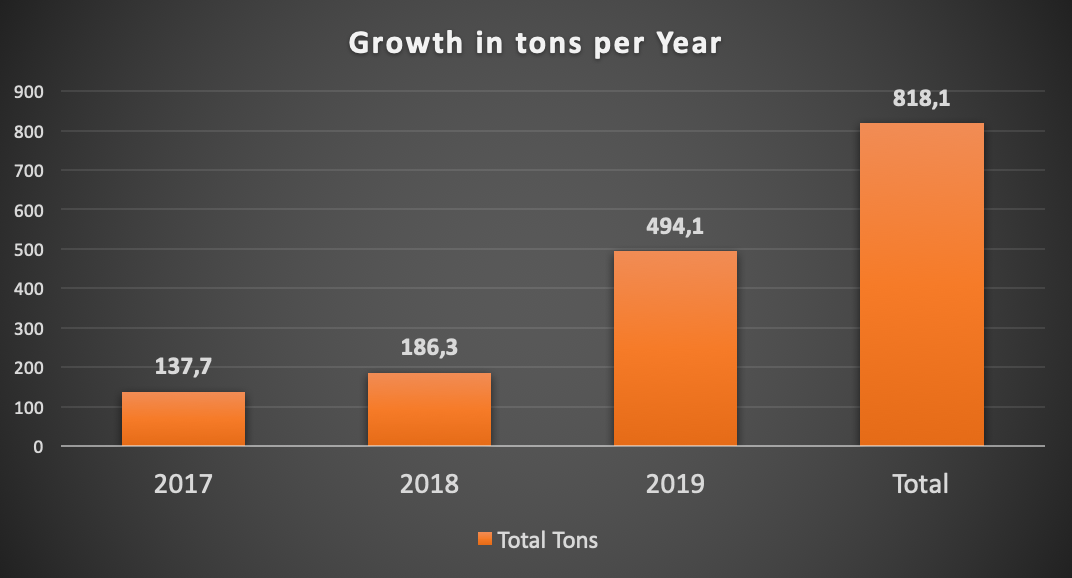 Growth in tons shipped per year (Valentine season only) 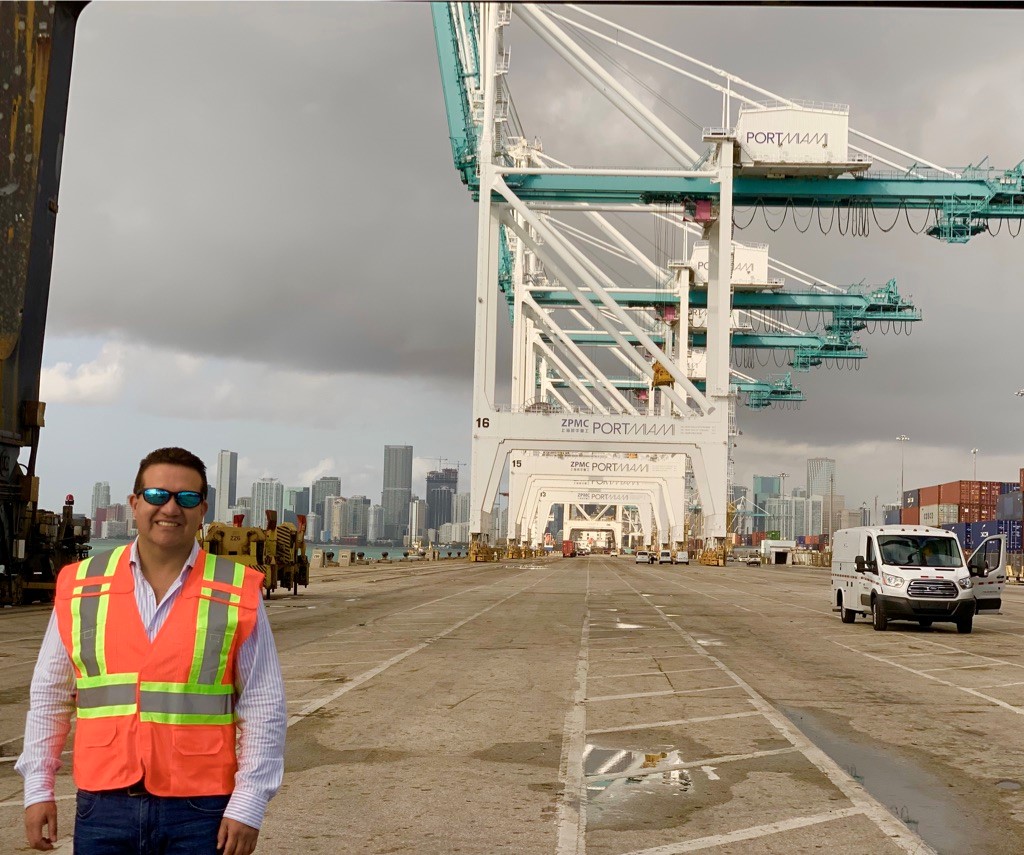 Yazbek at the port of Miami, when a shipment of more than 18 containers arrived.

Substantial increase to Miami and Los Angeles
Agroideas ships flowers to several locations in the US, and in comparison to the previous two years, the quantity of tons sent to the port of Miami - as a west gateway for many states - and to the port of San Diego - as the east gateway to California - has increased sharply in the run-up to Valentine's Day. "The amount sent to Miami had a substantial increase and showed a 1076% increase of market compared to 2018 (from 24.3 tons to 259.20 tons in 2019). But also Los Angeles had a significant growth, going from 97.2 tons in 2018 to 170.1 tons processed through the vacuum cooling for maritime shipments in 2019." 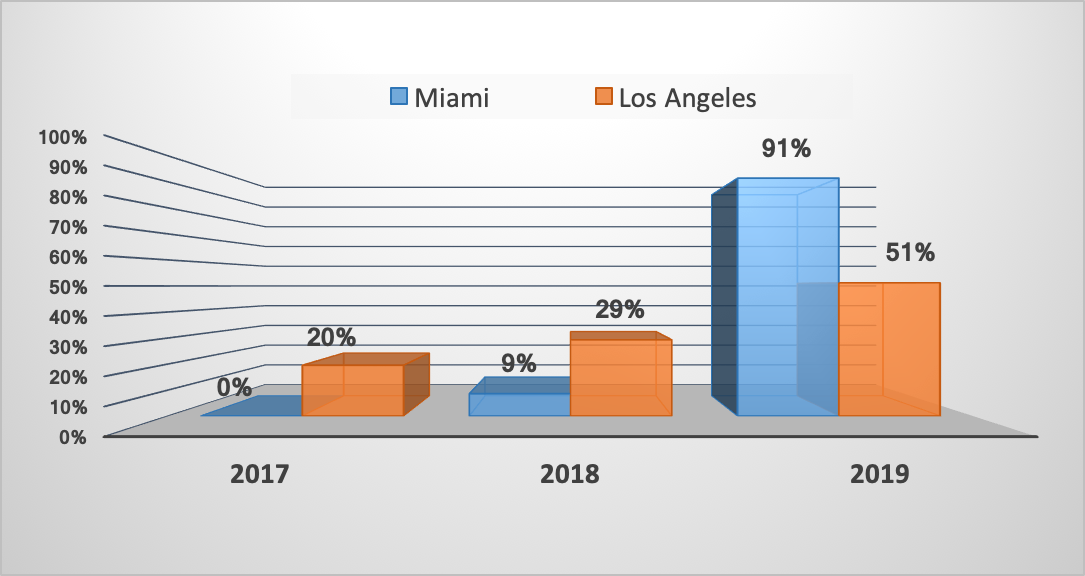 Percentage of growth per year and market (Valentine's season only)

No claims
Interestingly, even though the shipments by sea increased sharply, the number in claims received was 0%, explains Yazkek. "Thanks to the vacuum cooling process, the flowers arrived in perfect condition to different destinations, despite the longer transport time. This contributes to the satisfaction of the final customer and as a result maintains the good characteristics of the Ecuadorian flowers, considered as the best of the world."

Bright future for maritime transport
Yazbek believes that maritime transport will keep growing year after year as it entails many advantages (see our previously published article on the advantages and disadvantages of sea freight with vacuum cooling). However, he expects the growth to stabilize in the future. "Even though the growth of recent years was aggressive, because it is a new product, for the coming years I expect it to be more sustained and stable. For high seasons it is definitely an alternative that will regulate exports both in transportation and in final prices."

"Once the sales for Mother's Day are over and the result is as successful as the Valentine's Day campaign, many exporters in agreement with their clients will plan production for the high seasons, making their harvest according to the departure and arrival dates in maritime shipments."

In addition, there is a tendency of medium and big flower producers in Ecuador toward opening their own commercial offices in the USA. "Selling directly to their customers allows exporters to add value to their product and in turn increase their profit. And because they've seen or even experienced that maritime transport is cheaper and reliable, it is already considered a good alternative to reduce costs." 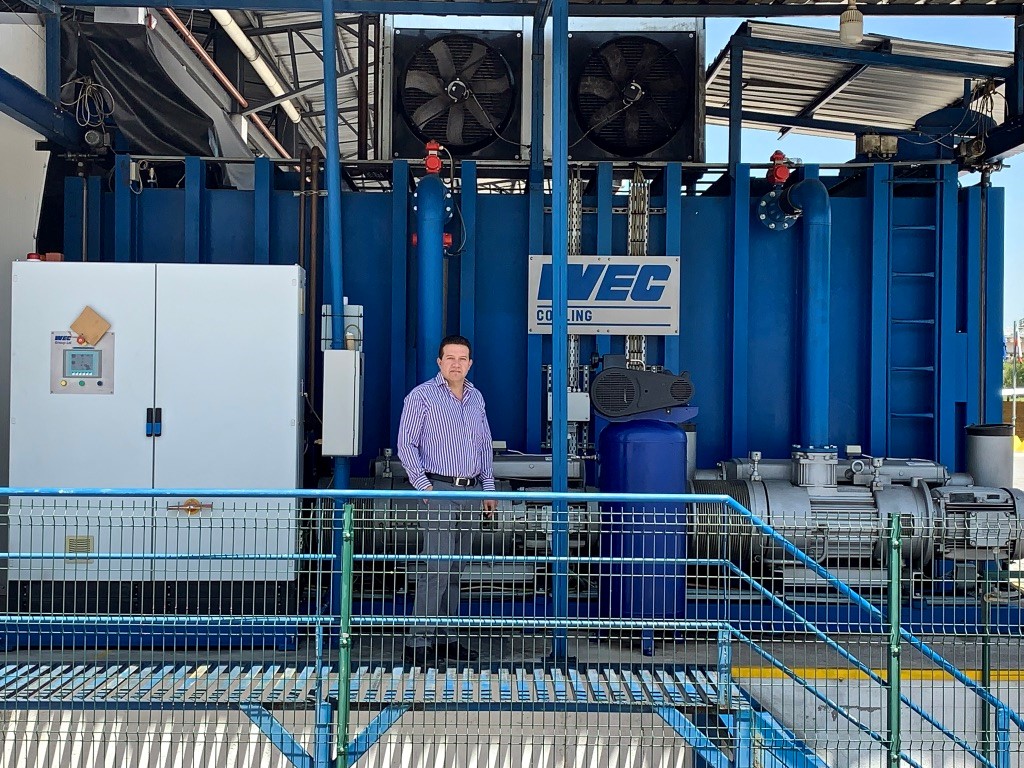 "
Yazbek with the vacuum cooler

Improvements needed at US customs
According to Yazbek, there is one important factor in the transport process that needs to be improved, and that is the agility at agriculture inspection in the United States (CBP). "It must improve, but we are working on it: the inspection process of a container of roses may take less than an hour. In addition, the coordination with the local transport companies to send the container to the final customer needs to become more flexible."