The companies in the Dutch Vogelaer area in Honselersdijk (Netherlands) are already using more than 80% of the heat that is generated from the geothermal well that has been in operation since 2017. And the geothermal heat project Nature's Heat in Kwintsheul and the associated heating network is heating 64 hectares of greenhouses. Geothermal heat offers a solution towards fossil-free greenhouse horticulture. Initiators Henry Janssen (Vogelaer) and Paul van Schie (Nature's Heat) talked about their experiences with the projects during a pitch at the Fossil-free Plaza from Kas als Energiebron (Greenhouse as Energy Source) during Horticontact in Gorinchem. 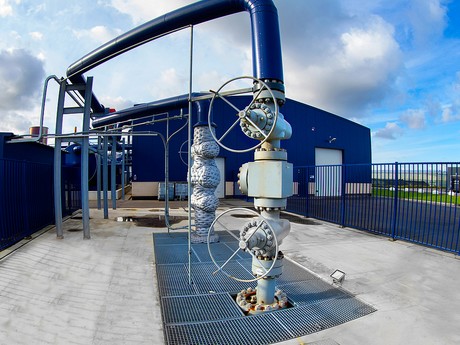 Henry Janssen (Fachjan) grows large tropical plants for zoos, swimming pools and shopping centers. With six other shareholders he is the initiator of the Vogelaer geothermal heat project. Janssen: "Disappointing was the long starting period with preparations that turned out to be necessary. This took more than two years. Up to now, the well and the associated heat grid has been functioning well and already 13.5 million cubic meters of natural gas have been saved."

In the future, Janssen hopes that another well can be realized so that the current number of fourteen customers can be expanded. For meeting the peak demand, natural gas is now still needed, hopefully this can be exchanged for green gas in the future.

Nature’s Heat
Tomato grower Paul van Schie is the initiator of the Nature's Heat geothermal project. Together with eight other growers, he owns the geothermal heat well. Van Schie: "The well performs as expected in the first year. I am busy with optimizing the additional heat sources via the CHPs and boilers at the participating companies. The geothermal heat is mainly used as base load all year round."

Van Schie says that the only drawback is that he's left with less time for his other passion: the cultivation of tomatoes. But that is well taken care of by his brother Cock van Schie and nephew Wesley van Schie.