July is American Grown Flowers Month as designated by Congress. But it’s also one of the slowest months of the year for flower sales. That is, until a remedy was put into place last year.

In 2018, nearly 1,200 retail locations participated in the first-ever American Grown Flowers Month Merchandising Contest, promoting homegrown flowers in their stores with displays, signage, customer promotions and all sorts of other innovative hoopla. 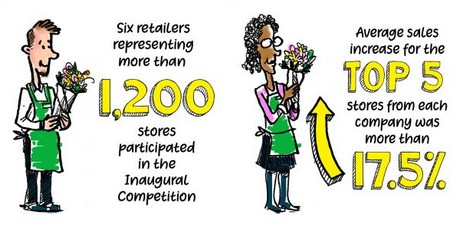 The average sales increase in the month of July for the top five stores from each participating company was more than 17.5 percent. Overall, participating stores reported an average increase in sales of 6.7 percent.

Diana Westcott, regional floral buyer for Whole Foods Market for the Mid-Atlantic division, had nine stores in her region participate in last year’s contest. Thanks to the success of the promotion, she’s hopeful that number will increase this year. 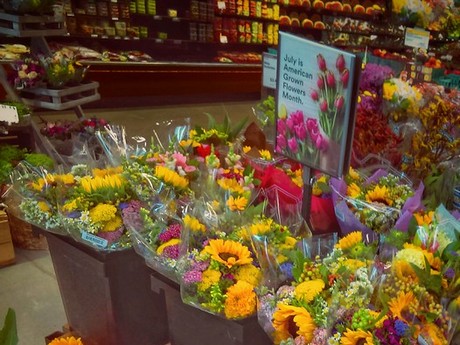 She’s focusing on Certified American Grown Flowers in all her communications to stores as they plan for July. She’s helping stores with special messaging that calls out products in their store displays that are Certified American Grown. And she’s encouraging participation – and the related displays and promotional efforts – in this year’s contest. 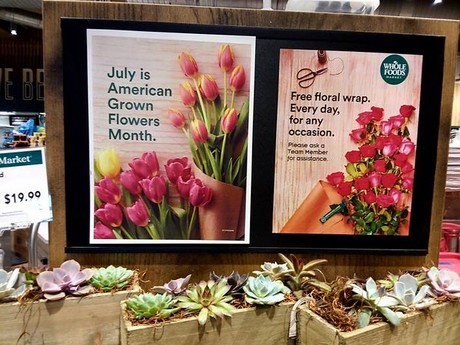 That nudge started last year when contest winners were presented their awards in front of all stores in her region.

“We did see a lift in almost all stores that participated,” Westcott says. And while the increased sales percentage varied from week to week, one popular high-traffic participating store saw sales that were 85 percent higher than the previous year for the week of July 22. 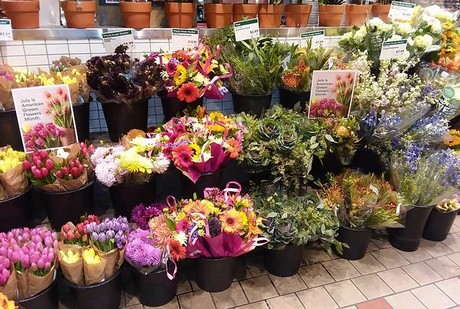 For retailers considering participating in the 2019 contest, Westcott says the key is letting guests know which blooms are grown in the USA. “The most important thing is that call out,” she says.

As to the contest being a solution to slow sales? “It absolutely helped with the summer slump,” Westcott says.