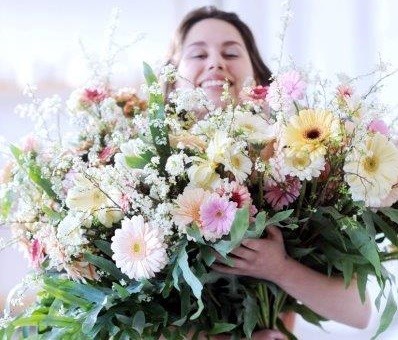 The export value of flowers and plants from the Netherlands rose by no less than 15% in April this year. According to Floridata's statistics, both flowers (+19% to € 343 million) and plants (+10% to € 301 million) achieved a positive result. "This is a new monthly record and is pushing export value in the right direction," says Director Matthijs Mesken of the VGB (Association of Wholesalers in Horticultural Products). Due to the good run-up to Mother's Day and favorable circumstances in April, trade was in a positive state. Up to and including April this year, the export numbers for flowers and plants stands at 2.4 billion (+5%).

Favorable circumstances in April
This year the days before Easter were favorable for April, compared to the Easter days last year (on 31 March and 1 April). There were also two extra trading days, manager Wesley van den Berg with Floridata explains. The effect of these impulses is visible in Floridata's export statistics. Romania, Russia, Denmark and Hungary are the largest growing markets up to and including April. However, the concern about Germany has not yet been taken away. Due to the growth in April, exports to the Netherlands' eastern neighbors are now just at -2.6%.

Positive run up to Mother’s Day
Most Mother's Days fall in May, and that is clearly noticeable in the trade. The English Mother's Day fell on March 26 this year. "Plants in particular did well and were popular with the British," says Account Manager UK Michel Heemskerk at Javado Plant BV. Exports of plants to the United Kingdom increased by 17% in March, according to the Floridata figures. On Sunday 5 May, Mother's Day was celebrated in Spain, Portugal, Romania and Hungary, among others. Floridata's export statistics show very positive results. Exports to flight destinations are also increasing. Director Paul Hoogenboom of Holex Flower BV confirms this growth. “The run-up to Mother's Day resulted in good sales to the United States. The early availability of Peonies and scarcity of certain flowers from South America plus a strong dollar provide this export boost," Hoogenboom tells with satisfaction. French Mother's Day falls on May 26 this year, so its impact is still anybody’s guess, partly because of the dependence on the weather.

Export United Kingdom is flourishing
On April 11 it was announced that a no-deal Brexit is not going to happen for the time being. The new Brexit deadline is currently targeted for October 31, 2019. "This is a temporary but welcome incentive for exports to the UK," says Mesken. "Export is on the rise and is up to and including April at +7.6% with the plants doing better than the flowers," says van den Berg. Heemskerk of Javado Plant BV also confirms that the market is growing again. "Although the concerns about the impact of a possible Brexit have not yet subsided," he adds.