We should not have to tell you that China is a country with a lot of potential. The growing economy results in an increase in consumption and therefore has opened up opportunities for flower exporters from abroad. Ecuadorian and Colombian flower growers, for example, have been capitalizing on the potential for several years now. Even though the exports from these countries to China increased, according to some it is not what they expected. "In imports of flowers, it is not reflected how the country is growing", "Our roses are too expensive", and "the local production is improving", is what we heard from some Ecuadorian and Colombian flower growers at the Hortiflorexpo IPM Shanghai last month. 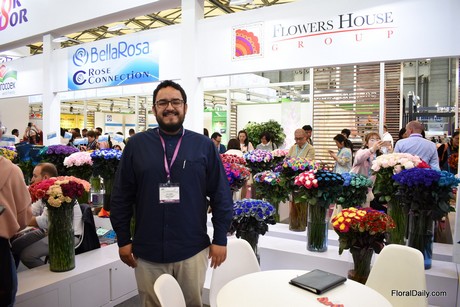 Lots of potential on paper
"On paper, the country has a lot of potential for the flower imports, however it is not what we all expected", says Luis Cadavid of Flowers House Group. This Ecuadorian rose grower started to export his flowers to China five years ago and over the years, he has not seen the demand increasing as many hoped for. "The imported roses are too expensive when comparing them with those of the local grown - for the importer our roses are about 50-60 USD cents, the local product is about 25 USD cents." According to Cadavid, the Chinese like quality products, but seem to prefer price over quality. "The quality of the local product is far from that of Ecuador, but it is decent, and price-quality wise it is OK. Flowers aren't a basic necessity and it seems that they are not used to Western prices yet." 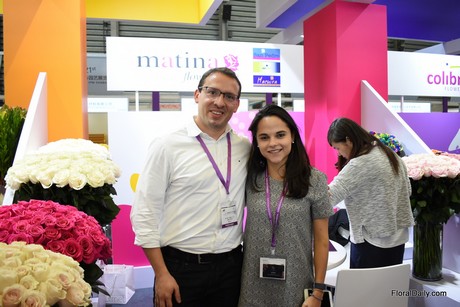 Jorge Ortega and Camila Silva at the Hortiflorexpo IPM Shanghai.

Growth not reflected in flower imports
Also Colombian grower Jorge Ortega of Matina Flowers expresses his concerns. "In imports of flowers, it is not reflected how the country is growing", he says. Two years ago, they started exporting to this country and they thought they would soon send 30 percent of their production to this country. But that is not the case, it is still under 10 percent. It's all more challenging than expected. "First of all, they increased and improved their local production. On top of that, they are still unfamiliar with the cold chain and we are still dealing with a language barrier - only 20 percent of the importers speak English." According to Ortega, if one wants to compete in this market, you need to find something they cannot produce - but they produce almost everything - so you need to have patience and someone who masters the Chinese language. "It is challenging, but I will keep investing in this market." 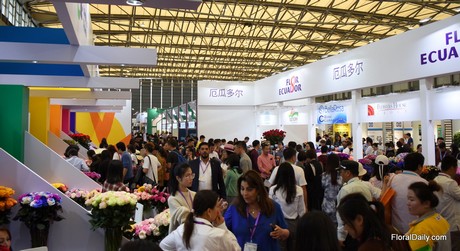 An important reason for the increasing focus on the Chinese market is said to be the crisis in Russia, which is historically speaking the main destination of the Ecuadorian flowers. Due to the crisis in this country, many growers started to look for other markets to spread the risk. Due to the growing economy and the number of people in China, many saw the opportunity to start exporting to this country.

So, in 2014, the imports started to increase significantly - from 1 million USD value of rose imports and they have steadily increased to 3.8 million USD in 2018. "Over the last 2 years, the demand for roses and in particular gypsophilas increased hugely", Santiago Yánez, Chief Commercial Officer (in charge) of Ecuador in Shanghai told the Produce report (click here for the article). In the future, he expects the volumes of the Ecuadorian flowers exported to China to increase further. “ProEcuador, Expoflores, and all the other private companies are working together for the development of our flower exports to China." 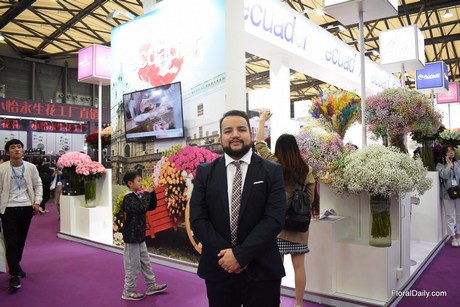 Santiago Jara of ProEcuador in front of the ProEcuador pavillion at the Hortiflorexpo IPM Shanghai, hosting 8 Ecuadorian flower exporters.

Colombia: slowly but steadily increasing
Also for Colombia, Russia has been and still is a big export market and due to the crisis, many also started to explore other markets, including China. Their exports to China started to increase about two years ago and at the Hortiflorexpo IPM, they put extra emphasis on showing the diversity of flower varieties that are being grown in Colombia. For the third time, they were attending this event as they are eager to grow in this market. However, according to Augusto Solano Mejía, president of the Colombian Association of Flower Exporters (Asocolflores) it will take a little more time because of the challenges of doing business in this country, he told Agronet.