The floricultural industry in the Middle East is said to be booming and consumers seem to become more and more enamored with flowers and plants. In order to show and let international growers tap into this potential, a new fair has been set up, namely Floral Design Fair. "It will give them the chance to experience first-hand the consumer market in the region whilst also helping them to connect with the most important buyers and wholesalers in the region", says Mohamed Nzamba of BBL Fair, the Fair's organization. The fair will be held in Istanbul, Turkey, from February 27-29, 2020. 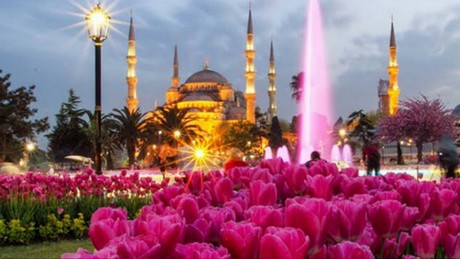 Thinking out of the EU
According to Nzamba, the fair will be particularly interesting for innovative growers, who are looking to expand markets. "The rising popularity of flowers and plants in the Middle East market combined with the sizable spending power of the population in the region and the fact that it is a rather unsaturated market represents a significant opportunity for many growers from all around the world. Turkey, for example, has a huge and young population with sizable income and a generation that is becoming more and more enamoured with flowers and plants. Furthermore Istanbul is one of the biggest metropolitan cities in the world and one of the commercial centers in the Middle East which attracts many visitors from countries such as Iran, Iraq, Syria and Saudi Arabia. To bring international growers together with these consumers and many important buyers from this region will create many business opportunities for exhibitors and visitors whilst helping to further develop the floriculture industry in Turkey."

Floral consumption in Turkey increasing
So how did the floral consumption in Turkey develop over the last years? Nzamba explains that it has seen a steady increase. "Over the last 5 years, the spending per consumer on floriculture products increased, now reaching to 5 euros per person. Annually Turkish consumers spend around 400 million euros every year and almost half of this figure comes from Istanbul as it is the economic center of the country where most of the affluent consumers reside. In Istanbul, consumers spend 12 euros per person annually on flowers and plants."

Country's import and export growing
The country’s export and import numbers in floriculture numbers are also increasing consistently over the years, with both figures going above 100 million euros in 2018, Nzamba explains. "The Netherlands, Russia, United Kingdom and Germany remain top export destinations for Turkish growers whereas Turkish wholesalers bring a lot of imported flowers and plants from the Netherlands, Italy, Kenya, Ethiopia, Ecuador and Colombia." 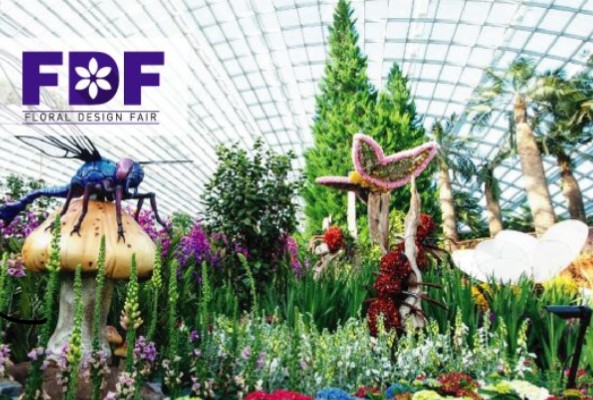 Industry's market size expected to reach 800-900 million
With the current trends in mind, how is the market expected to develop in the future? "Turkish culture is a gift-giving culture and Turkish consumers love to shop online. We expect the purchase of floriculture products for gift purposes to increase even more in the future for this reason. Major supermarket chains are also working hard to set up this category properly to initiate more purchases for personal use and once consumers get more used to buying flowers and plants for their own houses, we expect another breakthrough in the industry which could increase the market size to 800 – 900 million euro range easily."

First ever flower and ornamental fair
The Floral Design Fair claims to be the first ever fresh flower and ornamental plant fair, but is this true? What about the Eurasia Plant Fair in Istanbul? Nzamba: "The Eurasia Plant Fair has been an important event for the floriculture industry in Turkey but it has always been an exhibition mostly for outdoor plant growers and landscaping companies. Cut flower growers who participated in this event were few and the event became almost exclusively an outdoor and landscaping fair in time and as a result cut flower growers stopped participating. Last year there were no cut flower growers attending the event. Our ambition is to organize this fair more as a niche fair with a very limited and specific scope, that is cut flowers and ornamental plants. Our vision is to organize a fair for the Middle East in a similar vein to IFTEX and IFTF exhibitions."