A challenging year for the Kenyan rose industry

Overproduction, low demand, high fertilizer prices, VAT that isn't refunded by the government, higher freight rates and unfavourable exchange rates. When talking with the exhibitors at the IFTEX, it's the combination of these factors that contributed to the challenging year that many Kenyan rose growers are experiencing. Notwithstanding the Kenya Flower Council predicting a 20 percent growth of value of Kenya's flower exports over 2019, with the summer season around the corner these circumstances are not likely to improve any time soon.

So, how does this situation influence the atmosphere at the IFTEX? The challenging year is the talk of town, but growers remain hopeful. "It will separate the men from the boys", an exhibitor says. And some see this situation as an opportunity for the growers. "It forces the growers to look at their costs and become more efficient."

A closer look at the influencing factors
The overproduction and low demand have more or less the same reason: the weather. At the production and the export destination, it has been too good, resulting in a higher production at the farms and a low demand in Europe, where most Kenyan roses go. As a result, the prices decrease. For Valentine's Day for example, there was too much product on the market (also because several farms still flush for this holiday and Ethiopian production was higher too), resulting in low prices, much lower than expected.

Other factors impacting the cashflow are the fact that the VAT isn't refunded yet by the government, the higher freight rates and the unfavorable exchange rate. "The euro and pound is depreciating against the shilling. So, the Kenyan shilling is strong, which is unfavorable to us."

How are growers dealing with it?
It seems that growers are withholding their investment plans, like farm expansion. "We will wait what the coming months will do, and then we will decide", several say. It is a bit of the survival of the fittest. "Over the years, the acreage of rose cultivation kept growing - not only in Kenya, but in Ethiopia as well. Now, it seems that this acreage has become too high. "When adding up the hectares of Ethiopia and Kenya there is 300-500 ha too much", an exhibitor says.

So what's the strategy?
"Consistency, that is the bottom line", another exhibitor says. "One should not throw their varieties on the market (auction or direct) which at that time has the best prices. Choosing which varieties you are sending to the auction and which to the direct market is key, as well as staying visible on the market all the times. Then, you will gain trust among the buyers. And it is possible, there are growers even though the challenges, who are doing quite OK now."

IFTEX
After a bit slower than usual first day - probably because the Kenyan Government has declared Wednesday a public holiday to allow the Muslims in the country to celebrate Idd-ul-Fitr - it is expected to become more busy today. But the first day didn't seem to have disappointed the exhibitors. "It gives us the opportunity to have good and in-depth conversations with our clients", an exhibitor says.

At this year's IFTEX, nearly 200 exhibitors are showcasing their products and services. Not only growers, but also breeders, distributors and other suppliers are exhibiting, which makes it a one-stop shop for all stakeholders in the industry.

FloralDaily is also at the event to make a full photo report, which will be published on Monday June 10. But for now, we already give you a small impression. 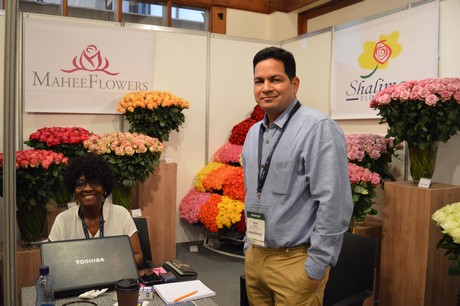 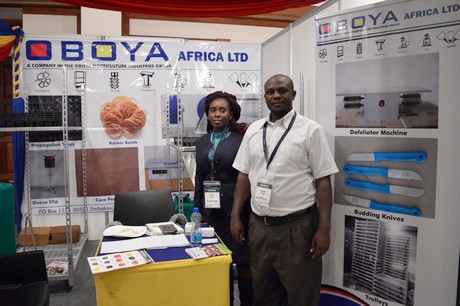 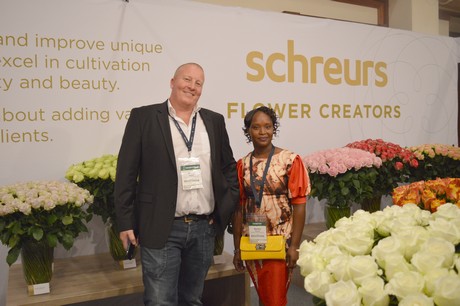 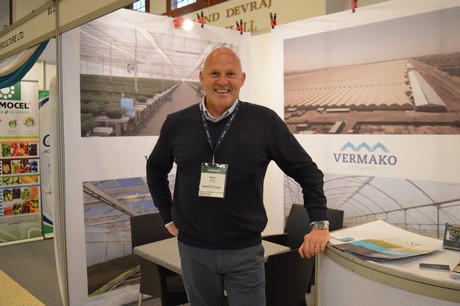