Colombian ornamental growers in the Netherlands

A group of 20 Colombian ornamental growers participated in the first inter-association mission promoted by Caproflor, the Geffa Flower Group and Colviveros, the Colombian Nursery Trade Association. They attended the GreenTech Fair, the World Horti Center, FloraHolland and the FlowerTrials in Holland between June 10 and 14, 2019. 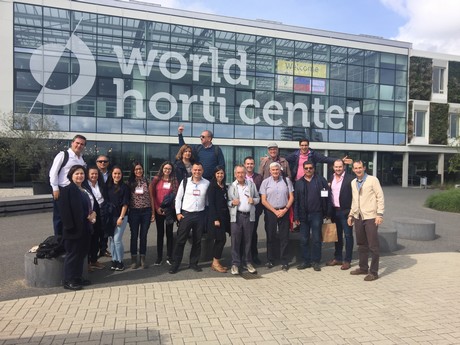 At the GreenTech fair the producers found the latest technical developments in horticulture productivity within pavilions specialized in automation, substrates, fertilization, lighting and biological control. They also had the opportunity to listen to speakers from different parts of the world who, by sharing their knowledge and experiences in both the technical and commercial fields, enriched the second edition of this fair. 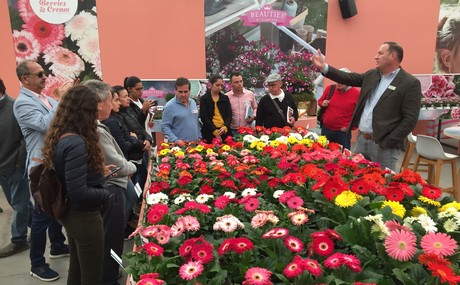 Furthermore, the Colombian plant and flower growers visited different varietal houses during the 2019 Ornamental Days. Cut flowers and potted plants of alstroemerias, anthuriums, begonias, calla lilies, cyclamen, carnations, hydrangeas, gerberas, mandevillas, orchids, petunias, traditional and garden roses, sage and succulents, among other species, were the most-visited attraction exhibited by companies such as Schreurs, Hilverda Kooij, Könst, Panamerican Seeds, Dümmen Orange, Floriculture and Anthura. Finally, the growers got to know the FloraHolland operation, which is the largest auction of ornamentals in the world, and visited the World Horticultural Center. 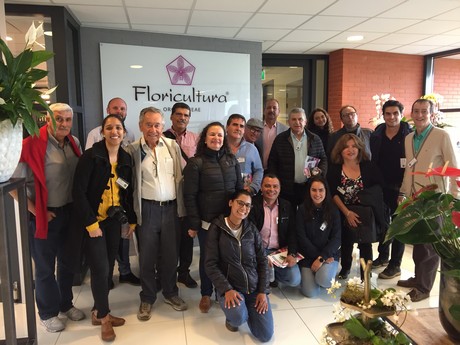 On the other hand, Jairo Cadavid, President of Colviveros, pointed out that the Trade Association is making the final steps for the second edition of ExpoPlantas 2019, the Colombian Nursery Trade Show which will be held in Cali next October.