A blueprint for a joint approach to tackle the issues at stake in the international ornamental industry. That's how Secretary-General Véronique Timmerhuis of the Social and Economic Council (SER) described the International Responsible Business Conduct (IRBC) Agreement, which was signed yesterday in the World Horti Center in Naaldwijk, The Netherlands. A broad coalition of stakeholders expressed the desire to banish abuse and wrongdoing of any kind. 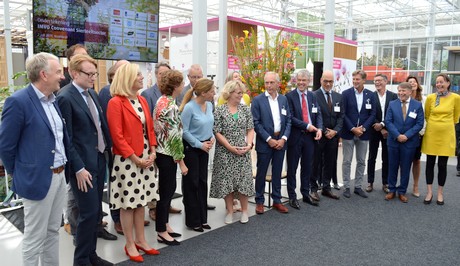 The agreement (here available in Dutch) states that companies will individually map the risks involved in their own commercial activities, while subsequently sharing them with all the others as transparently as possible. Then, thematic agreements can be made in order to implement policies on recognized risks. At present, the biggest risks are considered the pay of a living wage and limiting the health risks related to the use of chemical crop protection. 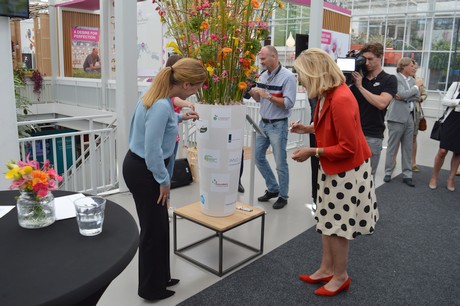 The two ministers (Carola Schouten, Minister of Agriculture, Nature and Food Quality, and Sigrid Kaag, Minister for Foreign Trade and Development Cooperation) and other undersigning parties had to sign twice: once to formally sign the document, and a second time symbolically on the vase above. The flower arrangement was made by student Tiffany van Lenten.

Whether the agreement will succeed, is down to the participating parties and to the impact the steering group, to be formed as part of the agreement, can make. That group, the General Assembly of Parties, and ultimately the society at large, will exert a soft power of sorts to encourage improvements. However, no hard agreements or consequences have been put in place. 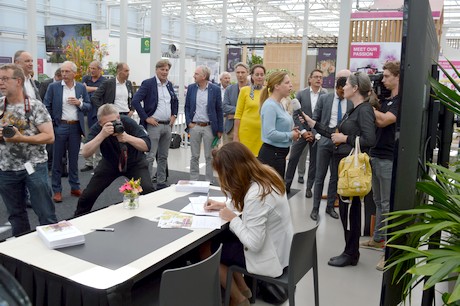 Biased
Those present, not in the last place the two ministers, indicated they don't recognize themselves in the somewhat biased reporting by national Dutch media ahead of the signing of the agreement. On the one hand, there's no denying that things do go wrong, as Edwin Huizing, Executive Director of Hivos, mentioned. Why else this agreement? On the other hand, the many good things happening are easily overlooked. Anyone who's ever visited a production site in Kenya will have seen the schools, hospitals and other social projects set up locally by the entrepreneurs. Calling the grower (or anyone involved in doing business abroad) exploitative is, in short, not fair. 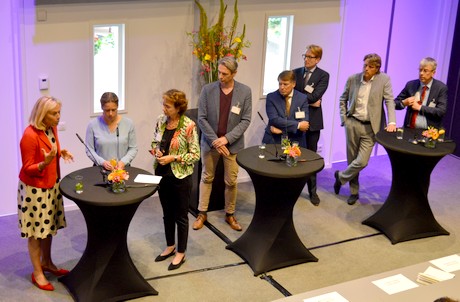 Where are the growers?
"But where are the growers?", Sjaak van der Tak, president the Dutch growers Association Glastuinbouw Nederland, rhetorically asked. In his opinion, growers should be involved more prominently. "The grower is, after all, like the striker in a soccer team. They're the ones who score the goals, or at least, without them we don't have products. It's clear that trade interests are served by this agreement. Now growers should be involved, especially the grower from Africa or anywhere else, really, in order to serve production interests as well." 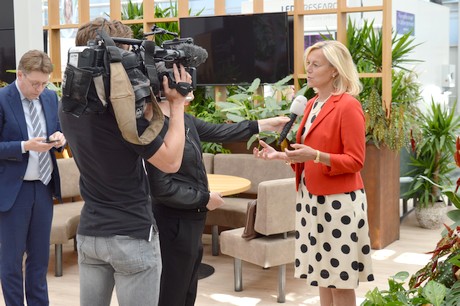 Ten
The agreement is the tenth of its kind in the Netherlands. Perhaps the most well-known is the agreement on sustainable clothing and textile, but there are also similar agreements for the banking sector, the food industry, the metal industry, the insurance sector, and more. Two others are currently being developed: one for agriculture and horticulture, and one for sustainable energy. 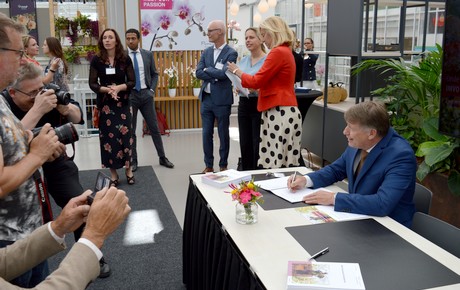 Guests sat down behind the table as they entered. Here, Sjaak van der Tak (Glastuinbouw Nederland) is seen