Verdesmum menglaense is a rare species endemic to Yunnan, Southwest China. After being published, it was not re-discovered in the field and its flowers have not been described in any literature. It is considered to be difficult to determine the correct generic position of this species with the absence of flowers.

Their morphological observation showed that species had terminal minute capitate stigma and ebracteolate calyces, which made it distinct from Verdesmum, but is consistent with Hylodesmum.

The researchers also had molecular studies and the trnL-F sequences supported that Verdesmum H. menglaense has been published in PhytoKeys.

Hylodesmum menglaense is perennial herbs or subshrubs, 30–100 cm high. It usually occurs in moist conditions under the evergreen forests, with an elevation range from 600 m to 1000 m.

Since less than 30 individual numbers of each of the three populations were discovered in type locality of Yunnan, the researchers proposed the conservation status of Hylodesmum menglaense should be ‘Critically Endangered’ (CR) under the IUCN (2001) categories criteria. 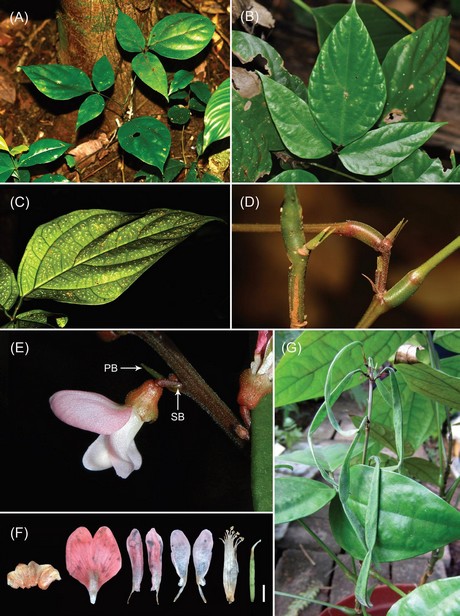