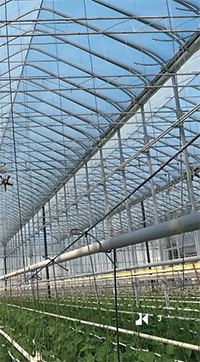 development of 7-layer technology formed the basis for the production of more sophisticated greenhouse films. Now Plastika Kritis from Greece (www.plastikakritis.com) added layer an 8th layer on the surface of the film. "We're raising the standards of anti-dripping effectiveness."

Anti-dripping
“Traditional anti-dripping films contain additives that migrate to their surface and are gradually depleted within 1-2 years,” says Dimitris Doukas, Export Manager of the agricultural films division at Plastika Kritis. “This leaves the film covered with droplets that cut light and damage plants. For growers, that means reduced yield, poorer crop quality and necessitates an increased use of pesticides.”

In order to counter this, many growers replace their films before the end of their useful lifetime, so a longer lasting foil will cut down on costs. Plastika Kritis developed the EVO AC films as an answer to this. The company is known for their greenhouse film solutions and research & development activities. 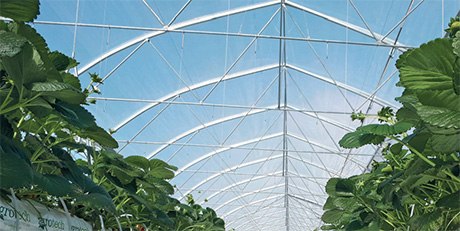 8 layers
Thanks to the investment in their Iraklion facilities, the EVO AC films consist of 8 layers, “Our EVO AC films are equipped with a non-migratory anti-dripping system based on nano-materials for the longest-lasting anti-dripping effect. This new method has been developed by our Research & Development team, aiming to extend the boundaries of existing technology of greenhouse films.” says Dimitris.

EVO AC films have been in use for 4 years now, and customers report that the anti-dripping effect still being fully active. This goes even for colder climates when the temperature drops below -10°C (14F). "EVO AC films perform under very low temperatures. And, in addition, EVO AC films are also effective at lower roof slopes than traditional anti-dripping films, which require a 30° inclination to perform well." 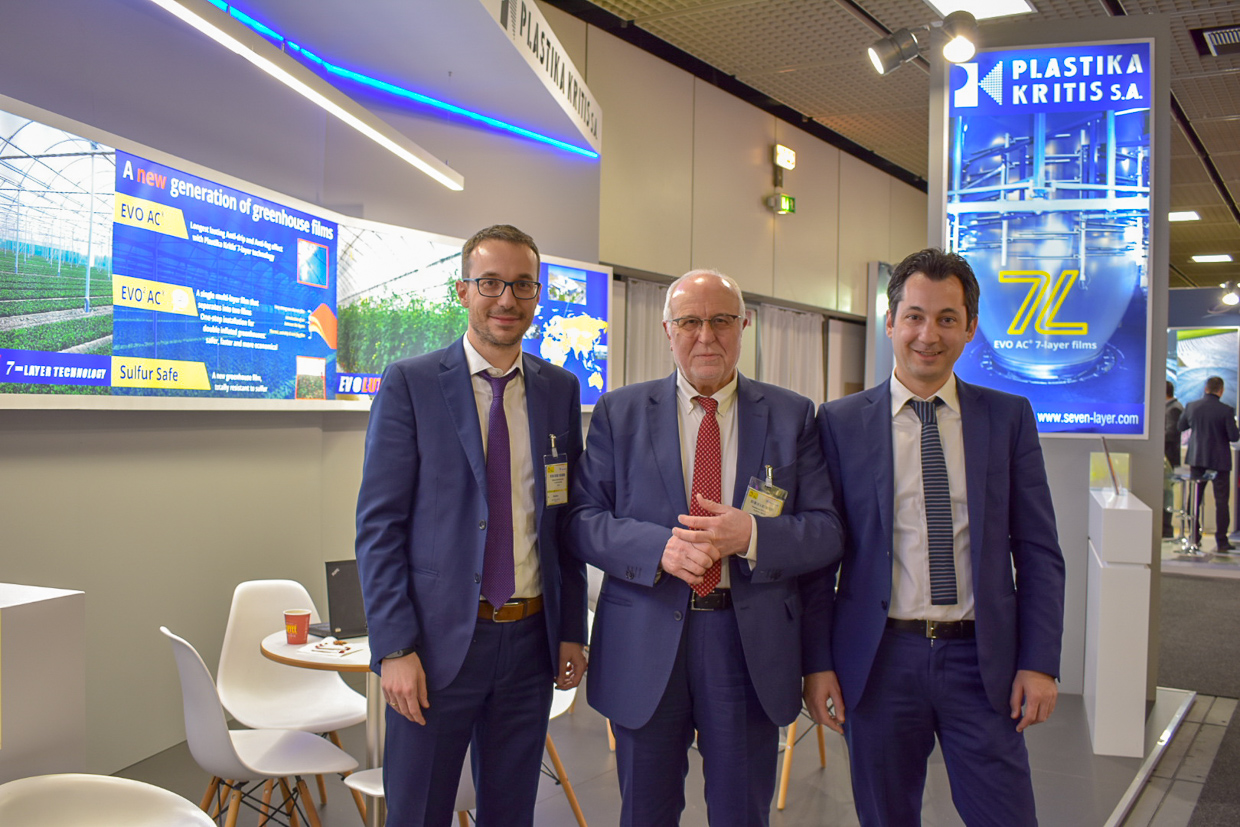 Mist
Another serious problem that occurs with traditional anti-dripping films is the creation of mist (fog) inside the greenhouse, usually at dawn and sunset. “Mist reduces light and causes humidity to settle on the plants, creating conditions that favor fungal diseases. In fact, many growers avoid using anti-dripping films for fear of the mist." According to Dimitris, due to their special composition, EVO AC films do not cause mist and, in addition, allow more light to enter the greenhouse. “This becomes even more pronounced when light incidence is low.”

To optimize the production, there are various possibilities to suit every climate: extra strong material, heat retention, or higher direct light. Various levels of diffusion can be realised, as well as films can be made UV-blocking or UV-open to optimize the foil for certain crops.

What follows after the 8-layer greenhouse films?
The scientists have worked on various 8-layer solutions, one of the first being created is also the EVO2 AC for double inflated greenhouses. "It is a single film that easily separates into 2 different films by introducing air between its layers,”Dimitris shows. “The outer film maximizes the amount of light coming into the greenhouse, while the inner thermic film minimizes heat losses, and is of course equipped with the EVO AC anti-dripping technology. All in all, it permits easier, faster, more economical and safer cladding of double-inflated greenhouses."

A second 7-layer line is to be installed at Plastika Kritis Heraklion plant in mid-August of this year. So, stay tuned for more 8-layer novel solutions!