What have you missed?

Russia: FlowersExpo 2019 comes to an end

It's a wrap. The FlowersExpo 2019 ended yesterday and the exhibitors and visitors are on their way back home. Judging by what we heard on the show floor, it was once again a busy show with a good number of visitors. FloralDaily was also at the show to make a photo report, which we will publish on Monday, September 16. But if you weren't there, what have you missed?

What's hot and what's not?
First of all, Russia is a flower-loving country, and every year, this is clearly visible at the shows. Visitors are eager to discover new varieties and loads of pictures were taken. It gives exhibitors a good impression of what's hot and not, and in turn what varieties they should continue with on this market.

So, what are the trends? When looking at the numbers, the rose is the number one flower with red, followed by white, as main colors. When looking at what is attracting the visitors' attention, we see that novelties are doing very well. And again, there was a lot of interest in the garden rose or garden shaped roses - with and without fragrance. Also, as we discussed in our article yesterday, shorter stems are doing better as well - but whether this is a matter of finance or fashion, no one knows.

Challenging market
Even with the big potential, it is a challenging market to operate in at the moment. The volumes and prices regarding exported flowers to Russia increased after the crisis, but are not at their former level yet, particularly from South America - it is more or less in the middle. And comparing to last year, not much has changed, the situation remained quite stable. Some were able to increase their sales a bit.

For the Dutch exporters, however, exports of flowers and plants increased compared to last year (+25%), says Agricultural Counselor Meeuwes Brouwer. And the Dutch exhibitors confirmed this trend.

Local production increasing
Also at the exhibition floor, some flower exporters shared their concern regarding the increasing competition from the local production, as it is said to have increased over the last year, like we explained in our previous article.

Receiving payments
Receiving payments out of Russia, however, is a challenge for many companies that export to this country. At the FlowersExpo in Russia, it was the talk of town among the South American flower exporting companies.

It is a political game the Russian importers and flower exporting companies are trapped in. Many Russian banks are under US sanctions and therefore cannot get the money out of the country. "Clients want to pay, but transferring the money is a challenge and might take a long time", is an often heard quote.

So, it is something that is beyond their control, but they're trying to figure out ways and channels to transfer the money. To cover themselves, many exporters now work with pre-payments and start sending the flowers when they received the payment. At the show, some importers are so willing to pay that they come with cash. However, no high amounts are allowed by the border security at the airport.

Even though it makes doing business with Russia more challenging, flower exporters are eager to remain on the market. "It is such a big market and we cannot let our customers down."

Photo Report
The team of FloralDaily.com was present at the show to make a photo report of the event. This report will be published on Monday, September 16, but below a preview. 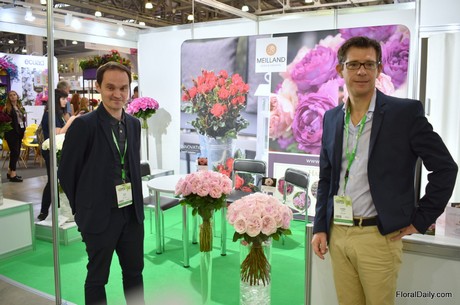 Gleb Demin and Damien Cabaret of Meilland presenting their cut roses as well as their latest pot rose introduction Zepeti Meibenbino (pictured on the booth's wall). In June, during the FlowerTrials, they've introduced this variety in the Netherlands at MNP Flowers and are now showing it at the FlowersExpo for the first time. 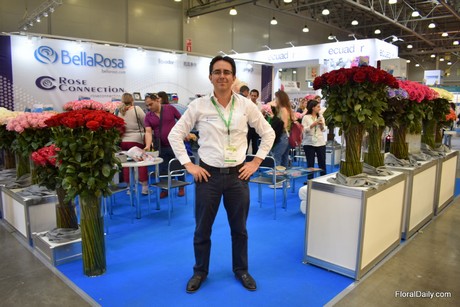 Santiago Luzuriaga of BellaRosa and Rose Connection. This Ecuadorian rose grower brought around 20 new varieties to the show. Besides standard roses, they are also eager to increase the exports of tinted and preserved roses. 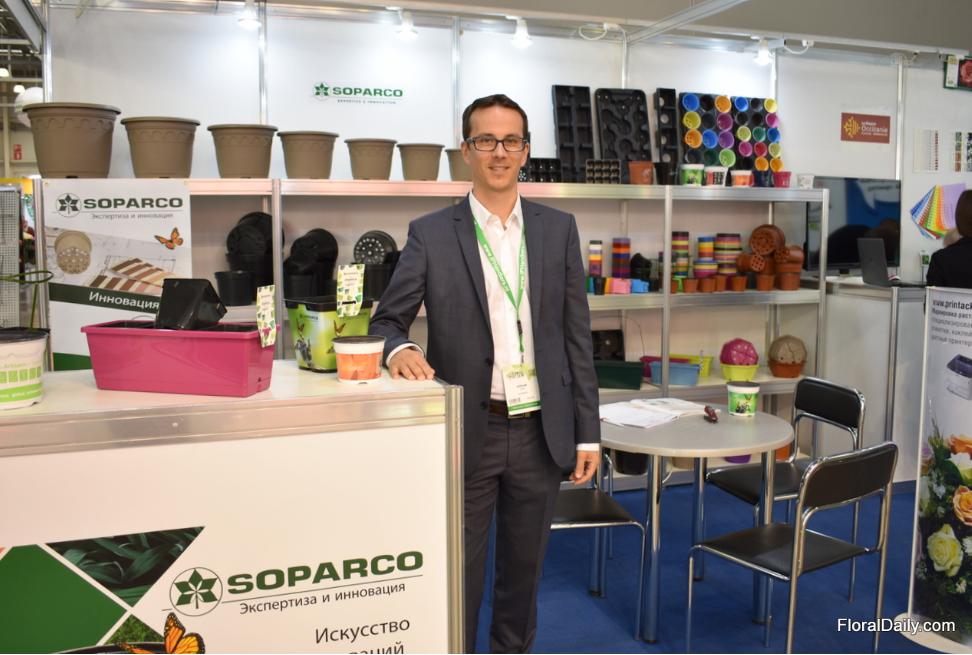 Adries Cohu of Soparco, one of the few non-local plastic container manufacturers exhibiting at the show. Due to the taxes and the increase of local manufacturers, it becomes challenging to grow in this market as a foreign company, he explains. 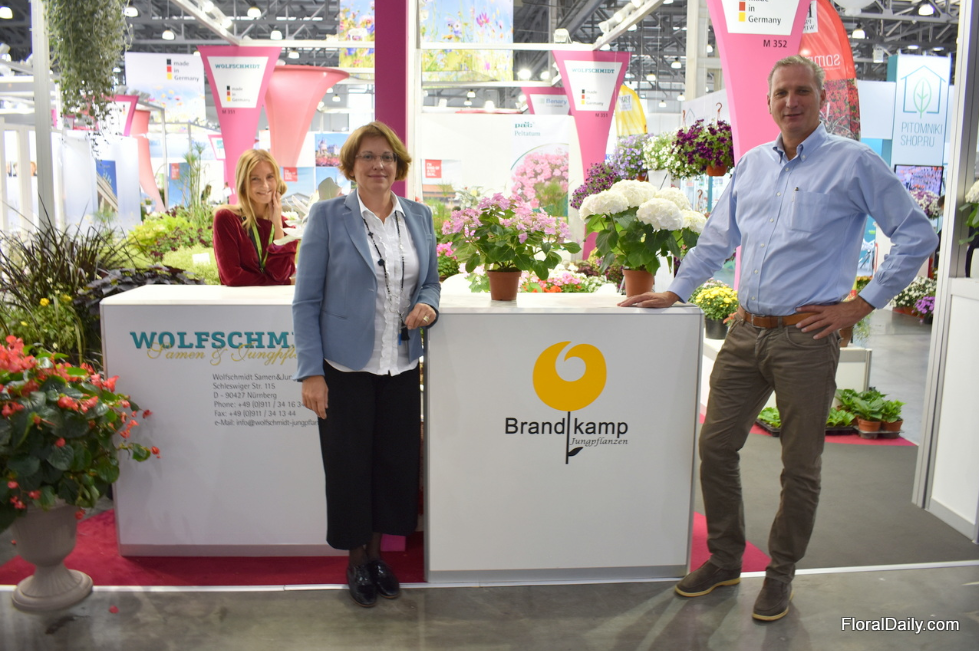