Russia: A look at Riga Flower Market in Moscow

Last week, the FlowersExpo took place in Moscow, the city where the majority of imported flowers arrive in Russia, followed by Saint Petersburg. Therefore, a good opportunity to check if the stories we've heard at the exhibitions are reflected in what is on display at the flower market. For several years now, we've visited the Riga (Rizhskiy) Market, a flower market with one of the largest selections of flowers in the city. This year again we paid a visit to the market where local florists go to buy fresh flowers at wholesale prices.

Click here to get an impression of the Riga Market and see what's on display. 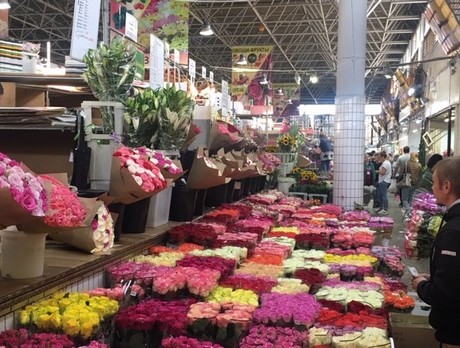 So what strikes the attention when visiting the market? When entering, it is clear that the rose is still the number one flower. Traditionally speaking, red is said to be the main color, followed by white, and then all other colors. But when looking at the displays, pink is taking in quite some space nowadays. 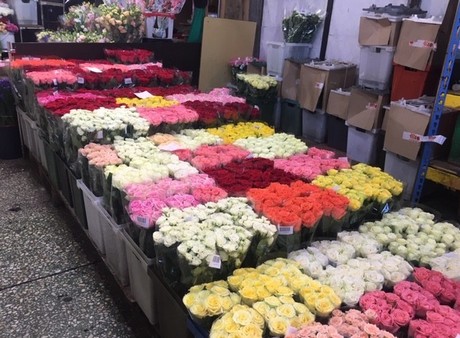 Apart from the color, one sees the roses often grouped by stem length. And just as we heard at the exhibition, the shorter stemmed roses seem to have increased in demand, and this was also visible at the market as much of them were on display. Even though many also offered 90 cm stems, most of the roses on display ranged from 40-70 cm. 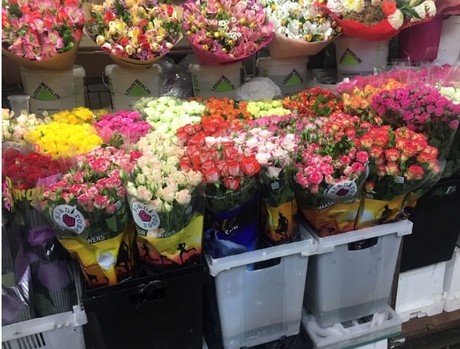 Roses out of Kenya; Sian Roses and River Roses.

Taking a closer look at the countries the roses are coming from, it seems that the number of Kenyan and Russian roses have increased compared to our visit last year. Regarding the Kenyan roses, the increase probably has to do with the fact that there was less on display last year due to the weather that affected the production in this country. The increase of the Russian flowers probably comes from the fact that the local production is increasing - something we also heard at the FlowersExpo. In 2017, when we visited the market for the first time, we mentioned that 90% of the flowers are imported. Now, it is 85%. 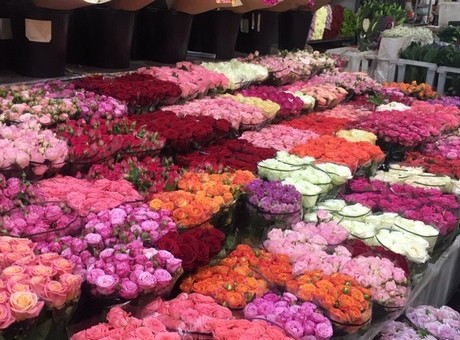 However, of course, still a good portion of long-stemmed roses from Ecuador were presented, but as in previous years, it is not the amount that it used to be. When sounding out the Ecuadorian growers at the FlowersExpo, for many, Russia used to the main market. Now, after the drop and increase after the crisis, it is one of several main markets. Many have spread their risk. 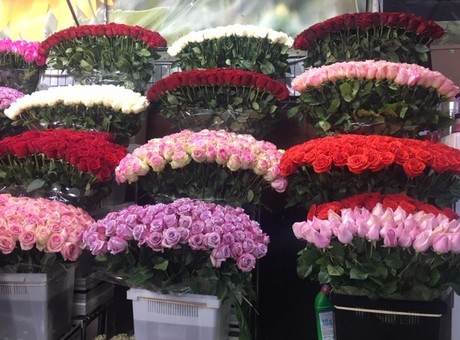 More than roses
Next to roses, many other flowers are on offer and these mainly originate from the Netherlands and Colombia. The Netherlands accounts for many of the orchids, cymbidium, hypericum, peonies and gerberas that are on display, and Colombia for many of the chrysanthemums, carnations and alstroemerias. Also for these exporters, volumes dropped after the crisis and increased over the last years, not reaching their old level yet. 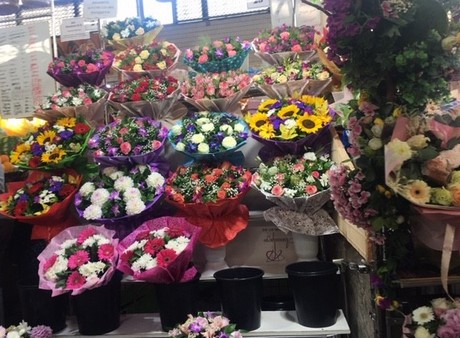 Click here to get an impression of the Riga Market and see what's on display.