Blue genes fit the global market like a glove

A blue carnation does not occur normally in nature. To get them blue, genetic modification is needed. By using this technique, breeding company Suntory Flowers created a collection of blue carnations, including seven big carnations and four minis. According to Cory Sanchez of Florigene Flowers, there is a continued growth of demand from different markets around the globe. The carnations are grown and exported by Florigene Flowers and this week, they will introduce their darkest variety Moonvista in Europe.

“GMO flowers are widely accepted by the general public. Generally, people see this as a flower, which is not consumed such as food. Because it is not eaten, there has not been many objections about the varieties over the years. There are a few people who will not purchase the product because of its GMO nature and we understand this.” 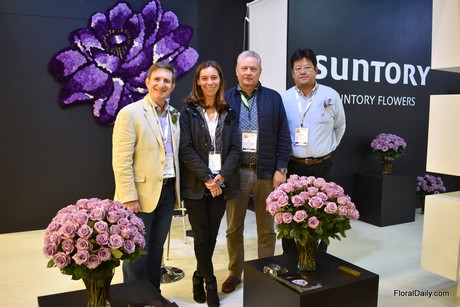 Cory Sanchez and Monica Useche of Florigene, Ed Groot of Fresh Chain and Keisuke Matsui of Suntory at Proflora 2019 in Bogota, Colombia presenting their blue carnations and blue rose Applause. In the arrangement, the Moonvista™ was incorporated. 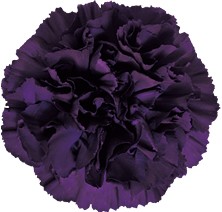 Preferences
What the sales numbers reflect, the market cares more about the colors and the uniqueness of the flowers and the vase life. For example for several years Florigene Moonlite was popular. In recent years we have seen a shift to Florigene Moonaqua. This, the markets still see as a unique color. The demand for Florigene  Moonaqua continues to grow.”

Florigene Flowers exports to countries which approve GMOs. Each market has different preferences for colors. “For example, in the North-Eastern region of the United States, one would assume, that Florigene Moonvista would be popular in the fall season. However, we found that Florigene Moonlite which is lavender, is more in demand in the Fall. Generally, we see Florigene Moonvista being more popular in areas of the world which tend to be warmer, whereas the lighter colors are preferred in darker or colder environments. Years ago we started to see a trend for Florigene Moonvista increase during the wedding season and summer parties. Because there has been a drop in weddings we have seen a slight drop for Florigene Moonvista. In Japan, Moonvista is perceived as a unique and noble color, which is very effective as one of the color variations for designing bouquets and arrangements.”

Sharing the Florigene/Suntory’s history in Russia
This week, Florigine will be presenting their products in the Netherlands, at the IFTF, but they were already on the road last week. At three different cities in Russia (Kazan, Moscow and St. Petersburg), they held seminars. The main purpose was to deliver Florigene/Suntory’s long time history for blue flower Research and Development to customers in Russia. "Having Mr. Tanaka’s (who has been in charge of the GM program) lecture, the audience understood why it was very difficult to produce a blue flower. Moon Carnation is already in the market and it was a great opportunity for Blue Rose Applause which is just introduced this year in Russia", says Masashi Matsumura of Suntory. All of the seminars were posted as live video through each Instagram account.

Below an impression of the seminars in the 3 different cities 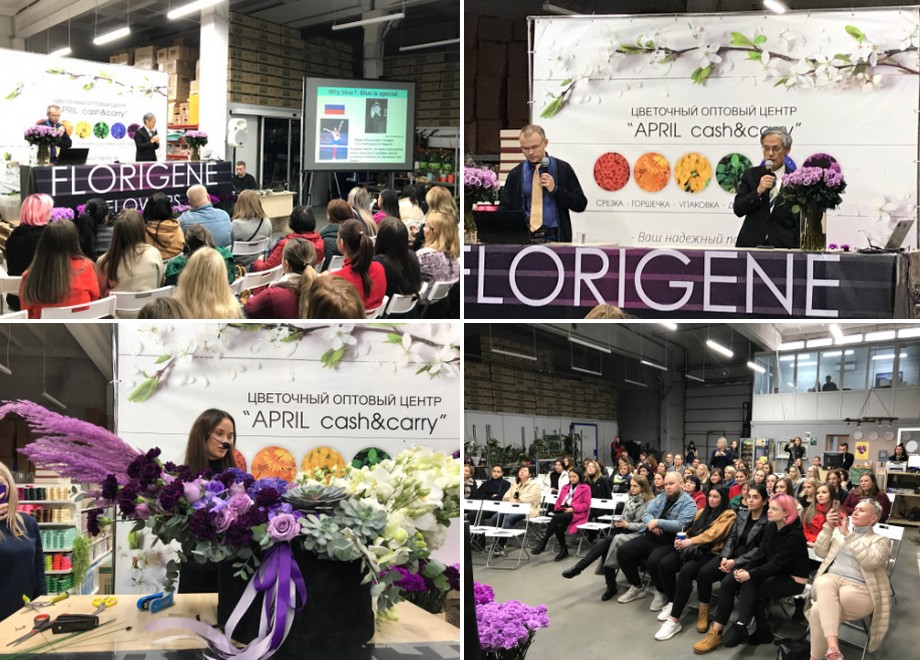 At April Flowers in Kazan (Click here for the enlarged image)

October 29 (Tue) at April Flowers in Kazan
The open house show included a flower design lecture. Around 50 florists attended the seminar. "Most of the people saw Applause for the first time and they were impressed especially for the story behind it. The most interesting comment from the audience was that they didn’t think the products are blue but now they understand how Suntory has taken time and effort to develop it so they said they can explain that to their customers as well. 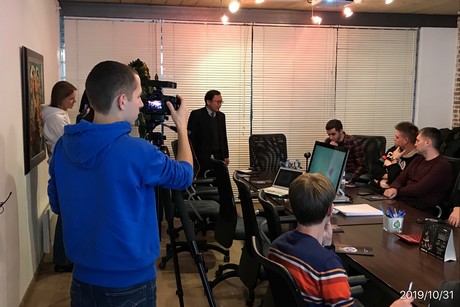 At 7Flowers in Moscow

October 31(Thu) at 7Flowers in Moscow
7Flowers, one of the biggest importers in Russia was their second stop. It was an indoor event and they presented their products to 20 people at the sales and marketing department. 7Flower has offices in two other cities in Russia so this event was posted through their Instagram to share with other employees. 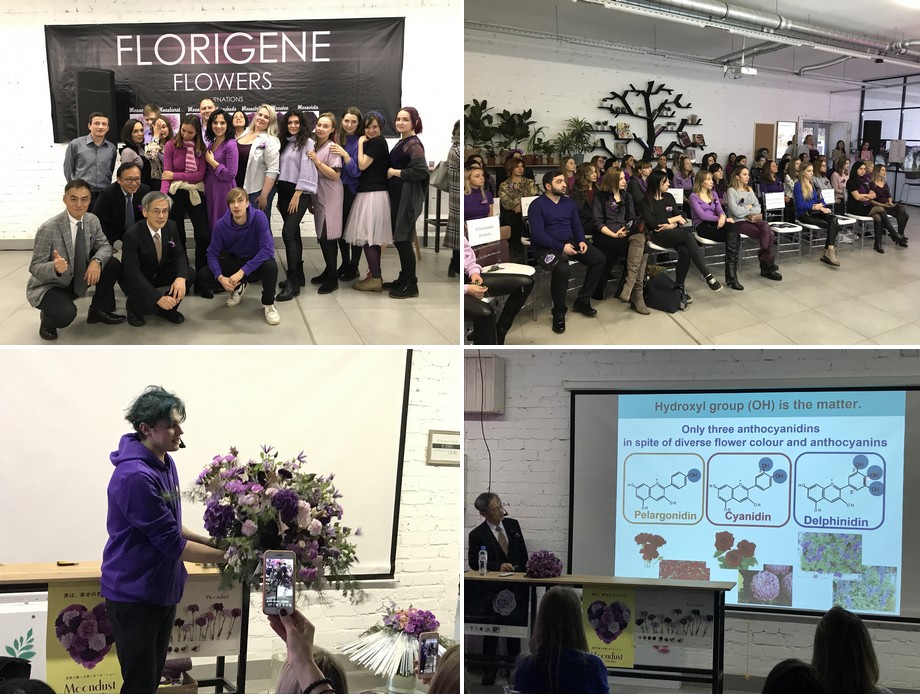 At Las Flores in St. Petersburg (Click here for the enlarged picture) 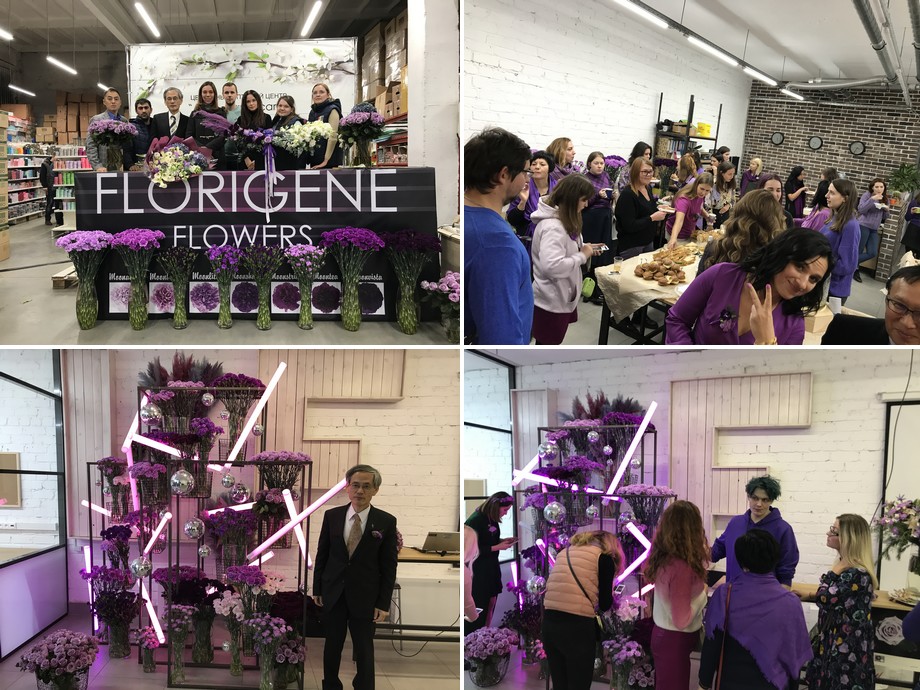