"The boss is the biggest hurdle when it comes to innovation”

Things are going well in the greenhouse horticulture industry, but it is precisely because of this that it should and can all still be improved. The growth needs to be extended and preferably as fast as possible, because the competition has not been sitting idly by. “But does the industry really want this, or is it a case of ‘having to’?”

Ben Verwaayen, ‘Captain of Industry’, posed this confrontational question to the over 150 people present during the Future Trends & Innovations event, which was organized by AVAG, TNO, the Hortivation foundation and GreenTech.

Verwaayen was the main speaker of the day. This time, however, he didn’t just want to talk about the industry, but also with the industry, the greenhouse builders, (horticulture technical) suppliers, and other greenhouse horticulture-related parties as well as a couple of growers that were present at the event.

Is there enough intrinsic urge to innovate?
Some point towards the dot on the horizon, the exciting technological innovations that the late Chriet Titulaer already spoke off. According to Verwaayen, this happens more than enough. The tendency to go back to the order of the day afterwards is also very strong.

Verwaayen mainly wanted to stimulate, in which he succeeded by asking about both the entrepreneurs' intrinsic urge to innovate as well as how they wanted to do this. Would they also be open to doing it together?

In greenhouse horticulture, this can be somewhat of a sore point. According to Verwaayen, many companies still do everything alone, but to the people present at Future Trends & Innovations, that wasn’t anything they hadn’t heard before. They know this as well most of the time, but ‘doing things differently’ isn’t that easy. 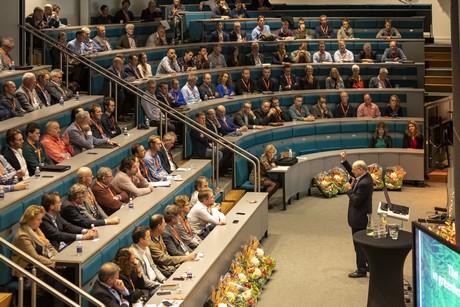 The 'boss' as a limiting factor
There are all kinds of limiting factors that make it so that ‘doing things differently’, innovating, doesn’t happen on its own. Maybe the most important condition needed to go into innovation, according to Verwaayen, is leadership. When one person is the driving force within a company, and they can get the rest involved, then things will happen.

But before this can happen, what will be the trigger for taking that first step into the deep end? After Verwaayen passed the microphone around the room, it appeared that, more often than not, it is the well-known ‘question from a customer’.

And then it is up to ‘the boss’ to respond. According to Verwaayen, research shows that it is often ‘the boss’ that is the biggest hurdle when it comes to innovation. “After all it is his money, and if he is to spent it, he often needs to thrust other people that most likely know more about the field then he does. How quickly ‘the boss’ ends up doing this is of vital importance.” Because, if ‘the boss’ doesn’t decide fast enough, then these days a company gets passed by the competition in no time. 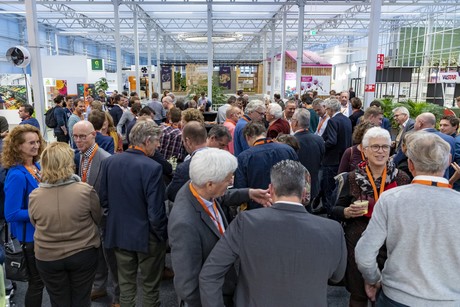 'People elsewhere can also pull ‘this trick’ off'
Lastly, Verwaayen talked about how he believes that after the economic crisis, the greenhouse horticultural industry threw something away, which is a ‘terrible waste’, namely the leadership. These days, retail is in charge, and greenhouse horticulture has become the supplier of the world.

A positive consequence of the crisis, according to Verwaayen, however, is that after the crisis, the industry has become more attentive to sounds coming from outside of the industry. People can work with that, although it does require collaboration. “If people don’t do this, then the competition will ‘win’. People elsewhere can also pull ‘this trick’ off, growing vegetables, flowers, and plants.” 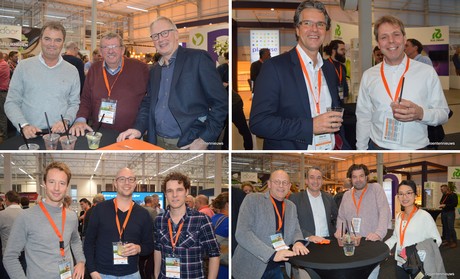 Curious as to who the speakers where? Then take a look at the photo report of the entire event here, and here you can see the program in which all the presentations are named (Dutch).