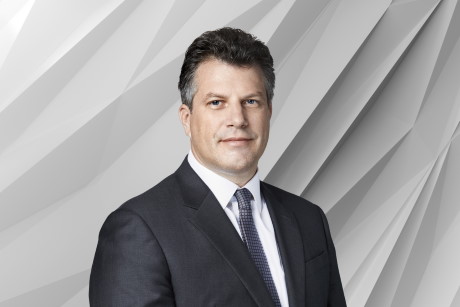 Sieder, an Austrian national, joined ABB in July 2014, redefining its global communications function and positioning the company as a leading technology provider for the digitalization of industries. He has also previously worked as Head of Corporate Communications at specialty chemicals company LANXESS and semiconductor company Infineon, both in Germany. He started his career at the automobile group Ford Motor Company.

“We highly appreciate Christoph’s work at ABB and deeply regret his decision to leave. Under his direction, ABB has strengthened its global brand tremendously through innovative and professional strategic business communications, as well as through many highlights such as the 125 years anniversary of ABB in Switzerland, the launch of the YuMi robot, and notably the title sponsorship of the ABB FIA Formula E World Championship racing series,” said ABB Chairman and Chief Executive Officer Peter Voser.

Christoph Sieder: “It is not an easy decision to leave ABB as it moves ahead successfully with its portfolio and cultural transformation. I am very proud of what our global communications team has achieved over the last years. At the same time, I look forward to a new and very exciting challenge at Syngenta.”

Commenting on the appointment, Syngenta’s CEO Erik Fyrwald said: “I am very pleased that someone of Chris’ global capabilities is joining Syngenta. Now, more than ever, it is important to effectively and efficiently engage in two-way dialogues with many stakeholders as we strive to help feed the world and take care of our planet.”