"Horticulture is not lacking a distinctive character"

It’s been five years since Bert Strikkers became co-owner of Alumat Zeeman. Together with Hans Zeeman, third generation in the family business, he now runs the well-known but also unknown company. 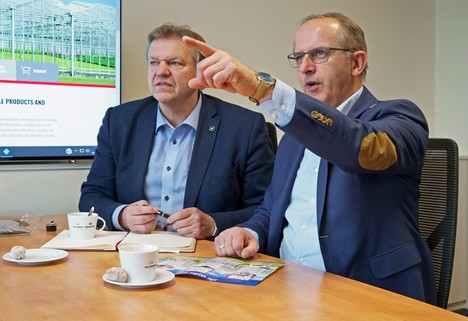 Bert Strikkers and Hans Zeeman at their office 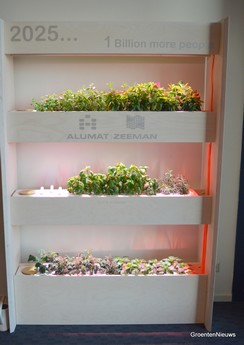 Bert comes from outside horticulture and sometimes takes a slightly different look at the current developments in the sector. He certainly is very enthusiastic about it. “I still think that I watch this clip about three times a week. You often hear about the world food problem, perhaps too often, but it is a fact that the sector is working on solutions to that problem. Together we face those challenges, and yes, I do enjoy that.”

Photo on the right: In the office space the staff can pick fresh vegetables and herbs themselves as long as the women, often it’s the women in the office Bert says smiling, who take good care of the cultivation systems. 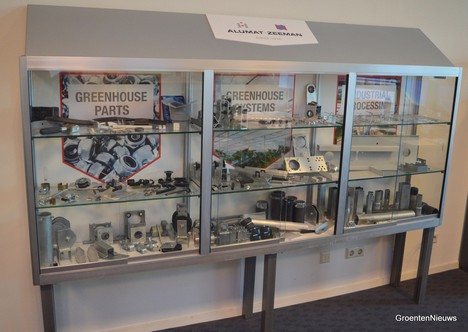 For inspiration: a selection from all parts that are produced in the industrial halls in Maasdijk

"Hans Zeeman and I are two very different people," Bert continues, "but then again it is that difference that makes our collaboration strong and exciting. Hans mainly focuses on production and technology, while I am more focused on sales, marketing, logistics and finance. We test our thoughts and ideas continuously and sharpen them that way. I experience this collaboration as unique and very valuable.”

A ’rejuvenated’ tube for screening installations, in which the ‘rejuvenation’ (the narrowed section in the photo) prevents torsion when the screens are rolled in and out.

Merger while retaining both names
The statement ‘well-known unknown’ already was mentioned. Bert explains where he gets that statement. “Zeeman has been around since 1928 and is best known for the greenhouse kit. With Hans, the third generation is now at the helm. A merger with Alumat followed in 2008, whereby it was decided to honor and merge both company names." 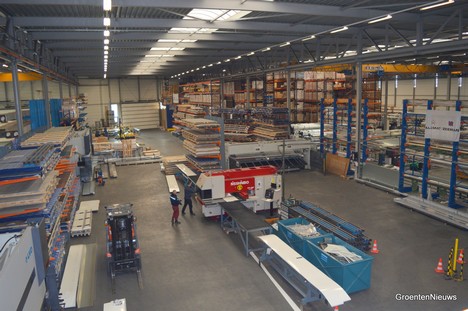 A view into the industrial halls that are shared with Holland Gaas and Holland Scherming. Alumat Zeeman is, as a 'maker', the major user of all space. 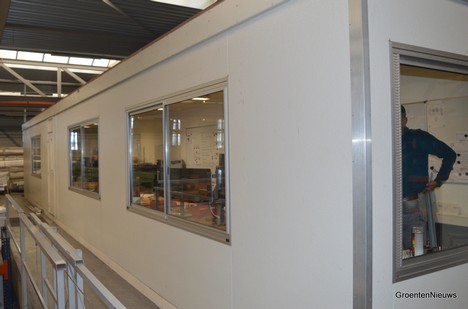 There is also an office space in the hall from where the processes are controlled. A glance at the post-its on the whiteboard shows that many well-known engineering companies are using parts made by Alumat Zeeman.

"As a ‘production company’ we are not very visible," Bert continues, "but at the same time our company is right next to the A20, on Honderdland, among the other colleagues and quite a few Westlanders are present here."

The industrial building under construction in December 2019

New industrial hall
A few difficult years followed as a result of the economic crisis, but in the meantime the sector and therefore also the company are doing well again. As proof of this could the construction of 4,600 square meters of industrial building be seen. Construction started in June 2019. 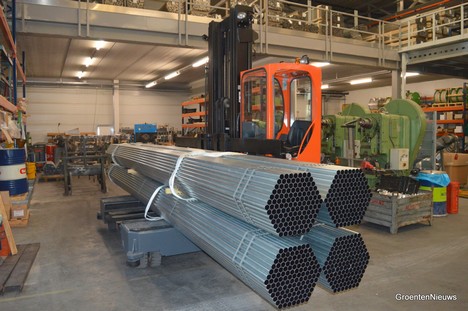 A side loader turns out to be handy during construction to temporarily move long objects outside through the side entrance.

E-commerce
Alumat Zeeman is divided into three business units, ‘parts’, ‘systems’ and ‘industrial processing’. With around forty staff, these units are kept running with, according to Bert, ‘a highly automated operation’ for a ‘relatively small’ company. 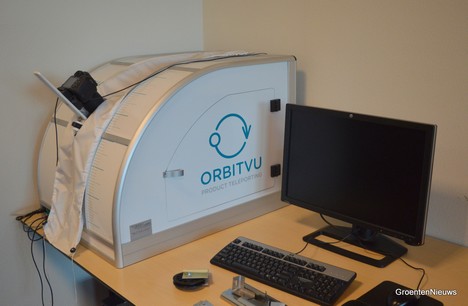 Quickly taking many of their own product photos is an essential part at R&D. This is possible with this camera setup. And the drawings that are made afterwards go, after use, directly into the shredder. People like to share their challenges at Alumat Zeeman, but our clever tricks and solutions are not intended to be spread around.

For example, at the end of 2018 the warehouse was digitized with labels and barcodes and some e-commerce also came into play in the form of a B2B web shop.

"The entire company has now been set up in such a way that we can send everything from a single component to fully filled containers to projects worldwide", says Bert. "Certainly from abroad I see the interest in e-commerce increasing." 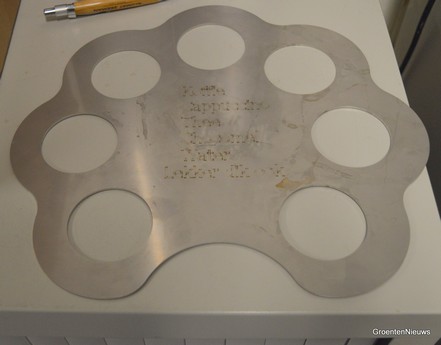 As a joke, you of course can also make a handy coffee tray.

Increasingly larger, higher and wider demands for new machines
The trends that Bert is seeing, is that everything is getting bigger, higher and wider in greenhouse horticulture. “It is then up to a manufacturing company like ours to continue to participate. For example, we have added a two-by-six-meter fiber laser machine to our machine arsenal and also a six-meter folding press so that we can realize bending work up to six meters." 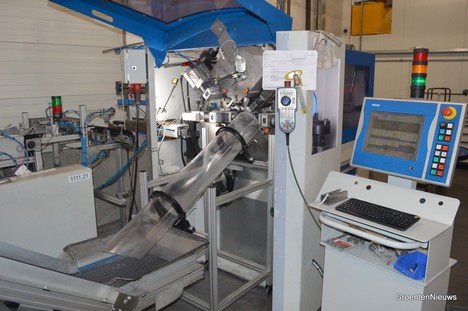 Here are the so-called ‘spectacles’ made ...

With such machines more and more standardized parts and systems are made for Alumat Zeeman screening and ventilation systems. 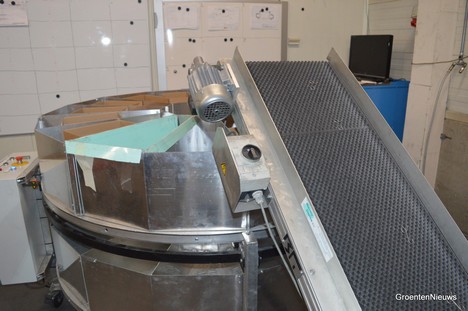 ... meanwhile with double-layer sump trays, the machine now runs for sixteen instead of the previous eight hours.

Stock
Nevertheless, Alumat Zeeman has many products in stock. “The bank sometimes mentions that we are overdoing things, but we really believe in it. Being able to deliver fast and in large quantities is simply necessary in this industry.

We can also quickly and properly produce deviating parts. Not all greenhouses in the world are Venlo greenhouses. A foil greenhouse, for example, requires different techniques and completely different components. Enough challenges and opportunities!” 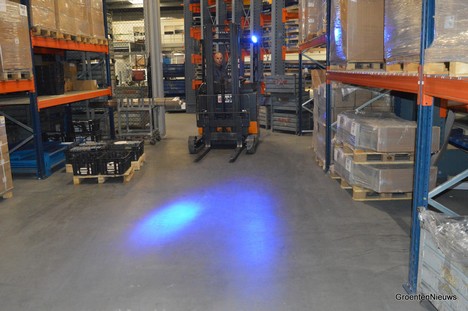 With a colored lamp on all moving, logistics vehicles in the warehouse, the safety of the staff is given attention. The dot warns better than a sound signal in the warehouse where it can be quite noisy.