US (MD): Festive 50th edition of MANTS comes to an end

Today is the last day of the Mid-Atlantic

Nursery Trade show (MANTS), also known as The Masterpiece of Trade Shows. This three-day exhibition started on January 8 and is held in Baltimore (MD). This year's edition is a special one as it is the shows' 50th anniversary. In 1971, they started with 64 exhibitors and now hosts over 1,000. It draws exhibiting companies and attendees from all over the US, Canada, as well as Europe, Australia, and Asia. 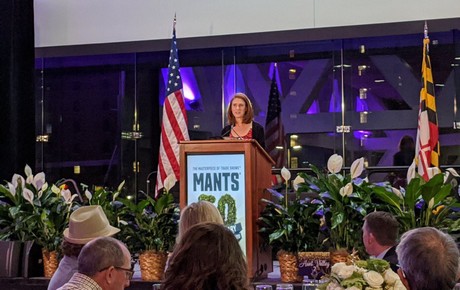 The 50th anniversary was celebrated on the evening before the show, on January 7. During the evening, they honored their 6, 50 year exhibitors, including BFG Supply, Ingleside Nurseries, Lancaster farms, Mobjack Nurseries, inc., Star Roses & Plants, and Tankard Nurseries. 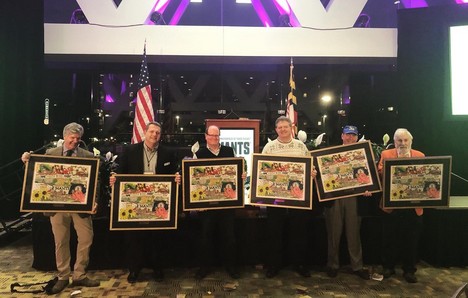 Also, they thanked their past and current board members for their steadfast guidance. 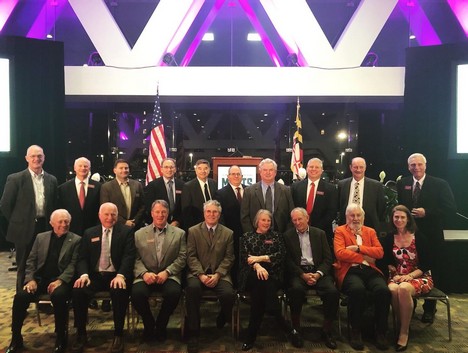 Current and pas board members.

Then, on January 8, the show took off and on the first day, the organization of MANTS also published the following video on their YouTube channel. In this 11-minute video, they review MANTS with exhibitors and visitors. They describe what MANTS means to them and their company. Personal contact and seeing all innovations with your own eyes still seems to be key for networking and doing business. "It is like a one stop shop." "Why so good and popular? Board listens to what vendors say", are some of the quotes said.

Also they look back at and show the 'humble' beginning of MANTS with the founding MANTS Board Members. They had their first trade show in Williamsburg, Virginia, in January, 1971 and the second in 1972 at the Hunt Valley Inn, in Cockeysville, Maryland. During the ensuing years, several more were held in Hunt Valley and three at The Greenbrier in White Sulphur Springs, West Virginia. The January 1980 show was held in Norfolk, Virginia. Beginning in 1981, due to the show's consistent growth in size, popularity and attendance as well as a limited amount of convention space in the other states, MANTS has been held at the Baltimore Convention Center in Baltimore, Maryland.

People exhibiting here are the 2nd or even 3rd generation of the nursery and about 5 years now, the show is investing in getting more young people into the industry.

Also this year the show seems to be well visited. So far, on the first and second day, they welcomed over 11,300 attendees in total. Will they break the record of last year, where the show attracted the largest number of registrants since 2008? In 2018, they welcomed over 11,565 total registrants (including exhibitors) representing 46 states and 15 foreign countries to this year’s show, the best attendance in ten years. 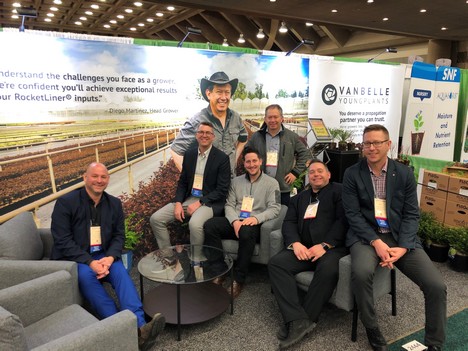 The team of Van Belle Youngplants sent in their picture. "It was a high energy, positive energy in the attendance this year and everyone is excited for spring", Kevin Cramer says.

Before and during the show, exhibitors and visitors posted pictures of their attendance on Social Media. Below, we made a recap to give you an impression of the show.

We’re excited to have a strong presence at @MANTSBaltimore! Each year, more than 50 Tennessee companies showcase high-quality plants, nursery stock, landscape and garden items, and other industry products to thousands of potential out-of-state purchasers. #TNtrade pic.twitter.com/06CxKSI2Ty

Attending MANTS 2020 in Baltimore this week? We are! Stop by and see Pack Mule at Booth 1900. We can't wait to meet everyone! pic.twitter.com/xzVUniiAAp

SLICE is all setup and ready for the next three days at the Mid Atlantic Nursery Tradeshow, MANTS, in Baltimore. If you are attending the show please swing by booth 2784! We would love to say hello! pic.twitter.com/Gx1Vj6xngl

Another great cocktail party at MANTS! Congratulations to The Perennial Farm on their 40th year. @Perennial_Farm pic.twitter.com/lU5kM71O76

Be sure to visit @TurfEquipSupply at booth #2536 to see the @ToroGrounds Workman GTX Utility Vehicle before the grand prize drawing at noon! pic.twitter.com/9AJlkNdELq

Today we welcomed Nicholas Dzurenda, the recipient of the Carville Akehurst Memorial Scholarship for his studies at VA Tech. Here he is pictured with Vanessa Akehurst Finney (Current EVP) and Nancy Akehurst (Former EVP), daughter and wife of Carville Akehurst, the show’s creator. pic.twitter.com/5i5UGcFxfR

We are all ready to go for #MANTS Frank, Kit, Mike, Rich and the rest of us are ready to greet you in booth 454. #treesaretheanswer pic.twitter.com/jiCRbJAR8e