Diffuse light has been a much discussed topic in recent years in greenhouse horticulture. Many new greenhouses are equipped with diffuse glass, with seasonal coatings, or other means to ensure that the light entering the greenhouse becomes diffuse. 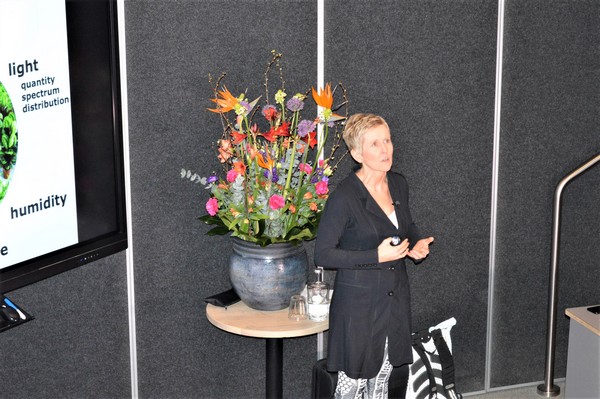 “Diffuse light is light that enters the greenhouse from all directions, when it is cloudy, for example, the light is diffuse, but then the intensity of the light is less. Additionally, as a grower you naturally do not want to be dependent on the weather, so you use screens, seasonal coatings or other materials to make the light diffuse.”

Photo of the MightyVine greenhouse, equipped with diffused glass

All these effects of diffuse light result in good consequences for the cultivation. "We see that a higher light distribution in tomato results in a higher yield," says Silke. "In addition, we see that in pot plant tests that the plants grow faster and produce a higher biomass faster, and were of good quality."

A higher intensity?
Yet there was still one question remaining: ‘What if I have diffuse light and increase the intensity of the light?’ "To test this, two cultivation trials have been set up," says Silke. “In trial one, more light is allowed in, a greater temperature integration maintained and also a higher moisture content used.

In trial two, everything was further increased: an even higher intensity, temperature integration and moisture content. ”The results? "With trial one, mostly positive developments were seen, better quality, better growth, etc. Trial two turned out to exceed the limit and the effect was counterproductive."