For several years, Petals & Plates has been organizing flower-focused farm dinners in Ontario, Canada, and for the first time, they will go to the west coast of the country. Quik's Farm, based in Chiliwack, British Colombia will be the first grower outside of Ontario that will host a Petals & Plates dinner, on March 14. The week after, the Petal & Plates will be at Orchard Park Growers in Jordan Station, in Ontario.

The idea behind the dinners is to highlight the Canadian flower growers and their importance in the agricultural landscape. By combining local food and drink, and local floral designers and chefs, these events are a celebration of the diverse bounty communities have to offer.

Below more information on the two new stops, the dates and the link to register. 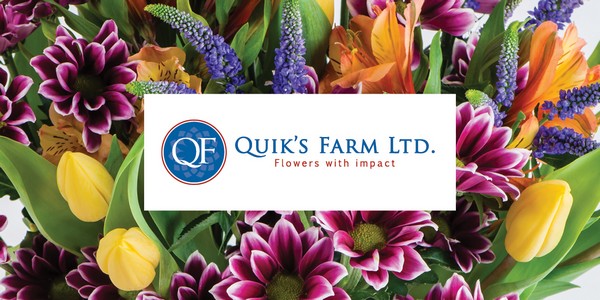 Quik’s Farm Ltd was started by Harry and Lydie Quik in the year 1990 when they immigrated to Canada. Initially starting in seasonal potato and cedar hedging growing, the company gradually introduced a consistent cut flower program to supplement these less labor intensive crops. Over the early years, focus was shifted more towards year round cut flower production and away from the potatoes and cedar hedging trees. Harry built the first glass greenhouse in 1995 for production of Oriental Lilies, Lisianthus, Spraymums and Disbud Mums. Seasonally he also grew Carnations, Statice, Snapdragon, and Sunflowers outdoors.

Harry and Lydie involved their children in the family business from an early age since they believed work ethic is built by gaining experience from the bottom up. In 2005 when Harry did his first significant expansion, Harry’s son Andries officially joined the company as Head Grower, having previously run the summer field program throughout his high school years. Andries’ main focus upon joining the company was to develop the Spraymum and Disbud Mum markets as he believed there was great potential in local, BC Grown novelty varieties of Chrysanthemums.

As the Spray and Disbud Chrysanthemum market grew in North America, Quik’s Farm entered a phase of acquisitions and expansions over the years. During these expansions, focus was placed on optimizing efficiency and production capacity by introducing modern technologies. This included the introduction of planting and harvesting equipment, modern climate control and fertilizer application systems, as well as an in-house cutting production and propagation facility. Due to the changes in market situation and an increased demand for selling product directly, Harry’s second son Leo took on the role of Sales and Logistics Manager. By implementing a sales and marketing plan with outreaches to very diverse range of customers, Quik’s Farm Ltd has focused on supplying the highest quality cut flowers to market. Currently Quik’s Farm is one of the largest supermarket floral supplier in Western Canada, with emphasis on putting the freshest flowers into the hands of consumers everyday.

Spearheading the operations in the mass market department since 2014 is Corne, another of Harry’s sons. At the peak of the season, Quik’s Farm employs up to 70 staff, produces flowers from close to 15 acres of state of the art glass greenhouse, grows seasonal crops on another 25 acres of fertile Fraser Valley soil, and has trucks departing daily to destinations all over Western Canada. At Quik’s Farm no order too big, no order too small. It’s Flowers with Impact.

Click here for more information and to register for Quik's Farm. 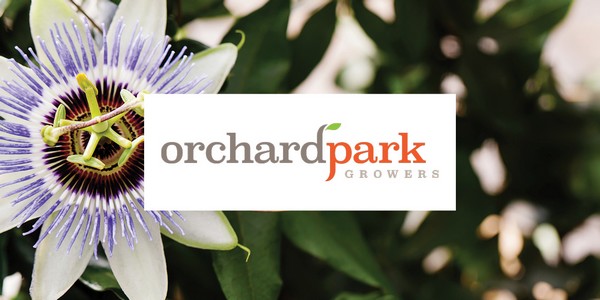 Orchard Park Growers began in 1969 in St. Catharines, Ontario, as a family-run fruit farm, Schouwenaar Farms. A Dutch immigrant, John Schouwenaar, together with his wife Florie, purchased land on Gregory Road and built up an orchard of, primarily, fresh Niagara peaches. Much of the fruit was sold at the Ontario Fruit Terminal where a solid customer base developed over the years.

In 1990, the first greenhouses were built. Production started with tomatoes and over the years shifted to focus on floral products. By 2000, they started the transition from fruit farm and greenhouses to fully focus on the greenhouse side of the business. They marked this pivotal change by renaming the company Orchard Park Growers.

Today, their many greenhouse locations are a flourishing propagation, growing and finishing operation. They grow high quality, unique varieties of potted plants such as potted Gerbera, Passion Flower, Agapanthus, Lavender, Bougainvillea, Mandevilla, Boston Ferns, and Zygo Cactus. Orchard Park believes that good relationships – with both customers and suppliers – are key to success and they are thankful for the honest and trustworthy relationships they share with many in the industry. Beyond the relationships they have, as a family they attest to the Lord’s faithfulness and are truly thankful for His blessings throughout the years.

Click here for more information and to register for Orchard Park Growers.