New collection of field bouquets enters the US market

The demand for online sales increased over the last years and the lockdown seem to have fueled this trend. This combined with the passion of sharing his love for flowers with everyone, made designer Pieter Landman decided that the time was right to launch his own collection of field bouquets in the US, fresh from the farm straight to the consumer. Instead of the usual compact bouquets, this collection is more loose, supplied in a vase and directly to the end consumer, which they can order on www.fieldbouquet.com. The flowers are being grown, sourced, assembled and shipped by Ecuadorian farm Sande Flowers. 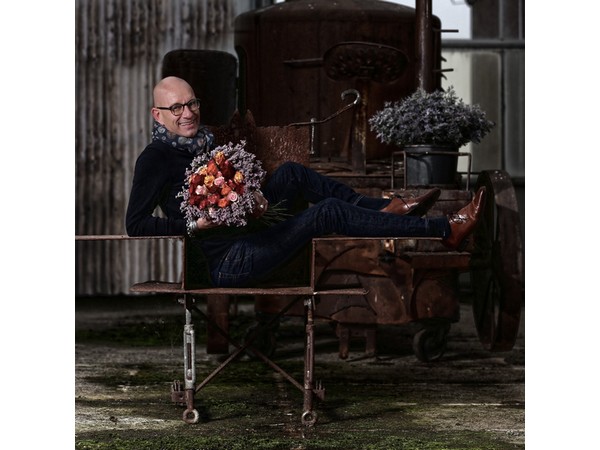 The idea
Landman is born and raised in the Netherlands and has a lot experience in designing bouquets for the US market. For many years, he has been designing flower bouquets for several farms in South America that are shipping to the US and now took the step to get closer to the consumer and show them his own collection. "For a while I had been thinking about the idea of bringing a bouquet of fresh field flowers in a different and modern design directly from the farm to the consumer."

According to him, field bouquets is an upcoming trend, but still quite undiscovered by many in the industry. Since the 90s, I'm active on the US market and over the years, the flower bouquets that are on the shelves are still quite traditional; the compact bouquets in often the same color combinations. However, when talking with the consumer and asking them about their ideas about bouquets and their wishes, I notice that many like to have the flowers in their homes that they are growing in the garden, or in other words, bringing the outside in." 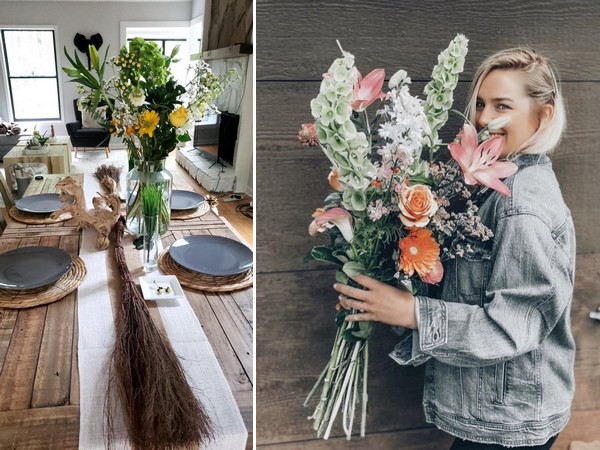 Partnered with Sande Flowers in Ecuador
This, brought Landman to the idea of starting to supply field bouquets to the consumer. However, sourcing of the flowers was a challenge. "Not all flowers that I had in mind are locally produced, most are grown in South America, but then shipping would be a challenge as I want to supply more loose bouquets already in the vase." After quite a long search, but at the same time - distance-wise - a short search, Landman got in touch with Sande Flowers, a farm in Ecuador with a Dutch owner that actually lived very nearby for many years. "I knew they had nice flowers, but I did not know that they had so many flowers."

Sande Flowers is known for the large numbers of calla lilies that they produce, but about 2 years ago, they expanded their assortment and started creating bouquets which they now mainly supply to supermarkets in North America. With Landman offering a new target group in a different (online) way, awoke their interest and made them decide to join.

With a partner in the pocket, Landman and Sande Flowers could start designing, selecting and testing the field bouquets, which are according to Sande Flowers General Manager Rick den Dulk very different than the other bouquets they make. "Over the last years, we've gathered quite some experience in making and supplying bouquets, but mainly the traditional compact ones for the supermarket. The bouquets of Pieter were quite a different story."

So how does the process work? Den Dulk explains. "Pieter makes the designs and each design is being photographed. Then, we collect the flowers, either own grown or sourced from other Rainforest Alliance certified farms in the area, Afterwards, unlike other bouquets, the bouquets are built up in a vase and are together with the vase placed in the box, which needs to be a bit more wider than a usual box as the design of the bouquet is more loose. The vase is put inside a bag - which looks trendy but also keeps the glass together in case the vase accidentally breaks. Then, when the bouquet and vase are tight well in the box, they are being shipped directly to the customers via FedEx, so very fast." 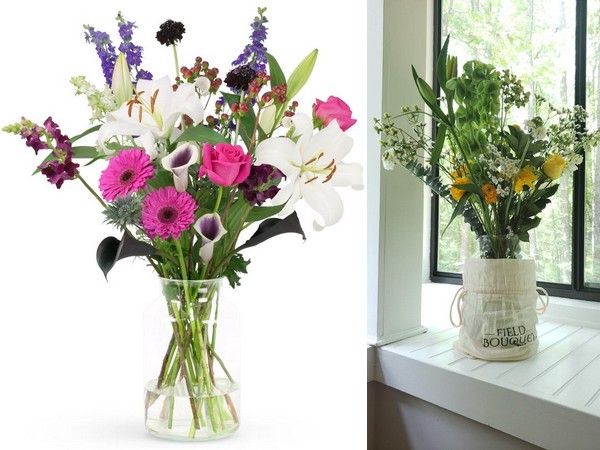 Pleased with first reactions
The entire process entails more work and combined with the wider box means a higher cost, but the reactions so far seem to be very positive, from both the farm's side as well as the sales side. "For our workers, it is something different and they seem to like to make it." And the sales are increasing. "We started just after Mother's Day, and that was quite exciting", says Landman. "Fortunately, the reactions were really good. We saw a lot of posts on instagram with happy consumers who received their bouquets - and funnily a lot of them left the bag around the vase." And these positive reactions are also visible in the numbers. "We are still at the start-up phase, but we are already seeing the number of orders increasing."

From holiday to every day flowers
Transferring the passion of flowers to the consumers is the aim of Landman and with his website and the option of offering subscriptions, he hopes to slowly but gradually shift the American consumer from a holiday buyer into a every day buyer. 'We all know that the US consumer mostly buys flowers for special occasions. However, now, with the COVID-19 situation, where many are forced to stay inside, I foresee that many want to bring the outside in and that a trend will develop that will continue for many years."

The Bouquets
So, what's on offer? Landman designed 3 bouquets in different color combinations. "We offer bouquets in the sizes S, M and L and the designs are according to the colors that are currently popular. All bouquets contain focals and several other flowers and when receiving the flowers, the only thing the consumer has to do is take them out of the box, cut them, put them in the vase and enjoy them. And this latter step is the most important. As the flowers come right from the farm, the vase life is longer than usual and on top of that, I always try to use flowers that are 'developing' over the days. In this way, as the flowers are changing day by day, the bouquet really comes to life."