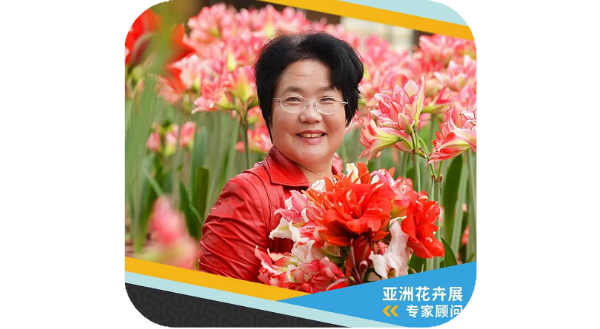 Resume
Zhou Shiming, the leader of Shengyin, is a woman who dares to pursue her dreams. She used to be a pharmacist in Dongguan People's Hospital of Guangdong Province. Because of her love for flowers, she resolutely was involved in the flower industry. In 1994, Zhou Shiming went to Kunming, Yunnan to take over the 100-mu rose base and started to sell flowers. With her hard work and keen market awareness, her roses soon stood out and became popular.

In November 2015, Zhou Shiming went to Israel to meet Asaf, a hippeastrum planting expert. The two signed a cooperation agreement in 2016. After the implementation of the project, Asaf went to Shengyin Base for three times to guide the planting and production work, which has made a tremendous contribution to the cultivation of new types of hippeastrum.

Company profile
Established in 1992, Guangdong Shengyin Flower Horticulture Co., Ltd. is mainly involved in the breeding of flowers and seedlings and the cultivation and sales of finished products, the design and construction of landscaping projects, the production and sales of planting nutritional soils, and the development of eco-tourism parks. It is a comprehensive agriculture enterprise which has transformed from a humble flower shop to a group company after nearly 30 years of development. 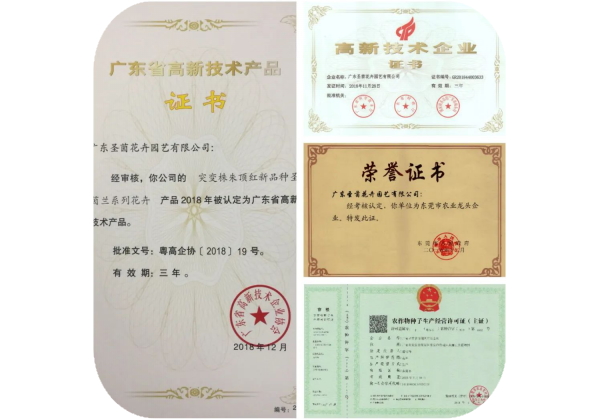 Production base
Shengyin Company has established the largest gene pool of hippeastrum, which is one of the earliest units to carry out collection and research of hippeastrum. It has collected more than 300 native species and other species from the Netherlands, Australia, South Africa, Japan, Israel, etc. and there are over 6,000 new germplasms being created.

Shengyin has perfect infrastructure, multiple planting and production bases, and has successfully cultivated nearly 100 seedlings of fine varieties of hippeastrum, and achieved large-scale and standardized production of seedlings. The company will mass-produce the hippeastrum with intellectual property rights and put them on the market. It is estimated that the output will reach 3 million pieces per year. After a long-term effort, Shengyin has made a breakthrough in the regulation technology of flowering phrase of hippeastrum. According to market needs, it can flexibly control the flowering time.

Representative products
Shengyin has cultivated a number of new varieties suitable for planting and suitable for the flower consumption market in China by selecting and breeding hybrid varieties. In 2017 and 2018 respectively, a total of 5 new varieties passed the variety certification. Among them, Shengyin No.1 and Shengyin No.2 won the gold and silver prizes respectively at the 9th China Flower Expo. In 2018, Shengyin hippeastrum was rated as "High-tech Product of Guangdong Province".

Honors that Miss Zhou has received