“It’s only been a few years since potted lisianthus made its introduction to the general public. As growers, we may have been working on it for about 15 years, but it is a particularly difficult cultivation. Sometimes you had beautiful plants, sometimes it failed, there are many factors that all have to be right. It is only in the last three to four years that we have jointly succeeded in achieving stable sales.” 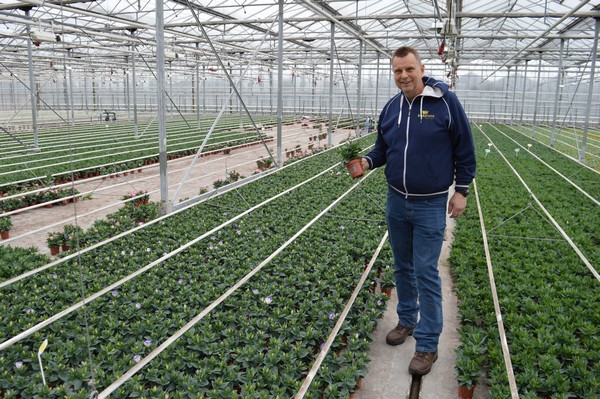 Johan van Antwerpen in one of his 11 greenhouses, which together cover about 4 hectares

Speaking is Johan van Antwerpen, along with father and son Jan and Jelle, they make up Bosplant, a plant grower in the Westland and one of only three who have pot eustoma in their assortment. Moreover, they are by far the largest pot eustoma grower, they produce more than 500,000 pieces annually. The first plants will be ready from mid-March, the last ones will be available in September. 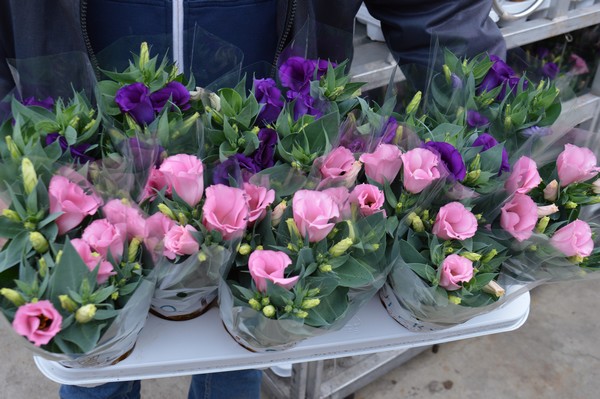 And as you know - it seems like an eternity ago - something unusual happened in mid-March. Corona. In one fell swoop, everything was in jeopardy, countries were locked down, everything seemed to come to a sudden halt. A worse start of the season was hardly imaginable, large orders were cancelled one after the other and for Johan, for Bosplant and for any grower this was a very sad affair. 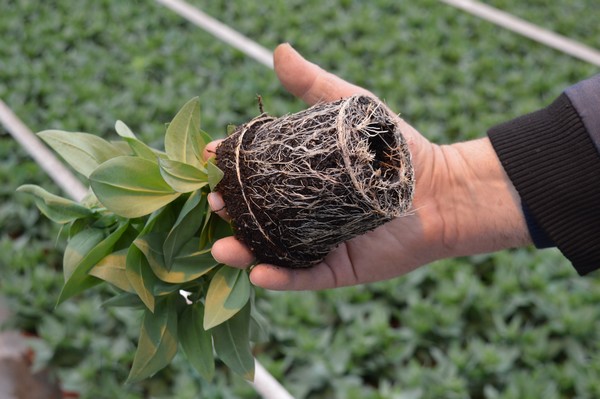 This is how it should be: this plant is well rooted

But, as we also know, the world did not stop. “Germany, our largest market, reopened within 14 days,” says Johan. “Then Austria followed, then Switzerland, then Poland. Orders came back, some of them did not, and a third reported their interest or wanted more plants. We had to switch a lot, especially at the beginning it changed every half hour, but in the end we were able to sell practically all plants. Except for a few plants, nothing was thrown away. The most damage was caused by a long-lasting low price. Plants were sold for 25 cents (compared to € 1.20 - € 1.25 normally) and that lasted about five weeks. Only after that period the price started to find its way up again.” 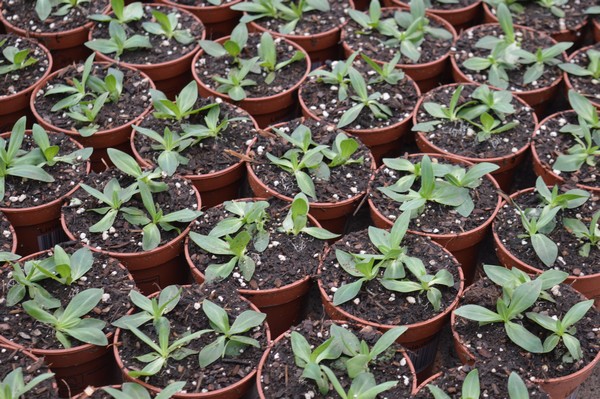 Potted lisianthus is a wonderful product for the real grower. It is innovative, challenging, there is a lot to discover and, as already mentioned, everything has to be right. "Potting is the most crucial moment. If the plant gets even a little stressed, you will see that afterwards. It should root well, nothing should come in it at all, and in addition, the irrigation, the light and the heat must be precise. But if things go well, you have a beautiful plant, one that flowers long and profusely, and also something that fits in nicely between the seasons.” 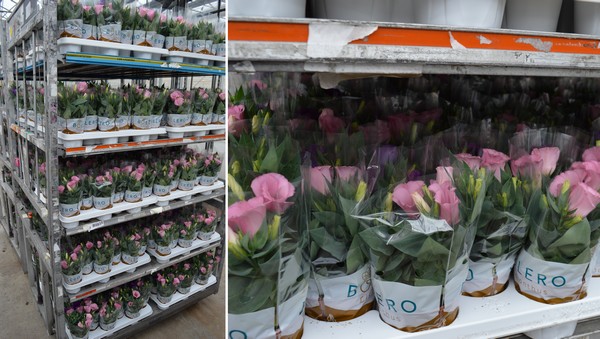 It is because of its delicate nature that it took so long before cultivation, in collaboration with the few breeders who have committed themselves to this (the genetics are largely from Takii Seeds, the cuttings come from Van Egmond Lisianthus) was mastered. But if, finally, we are no longer talking about sales, the cultivation is going well this season. “We need light and heat, the conditions are good in that respect. The plants we are shipping now are of excellent quality.”