Agricultural Research Service (ARS) scientists and their Oregon State University (OSU) collaborators have developed a new, highly detailed genetic way to trace the spread of Agrobacterium, one of the world's most important bacterial plant pathogens, according to research just published in Science. 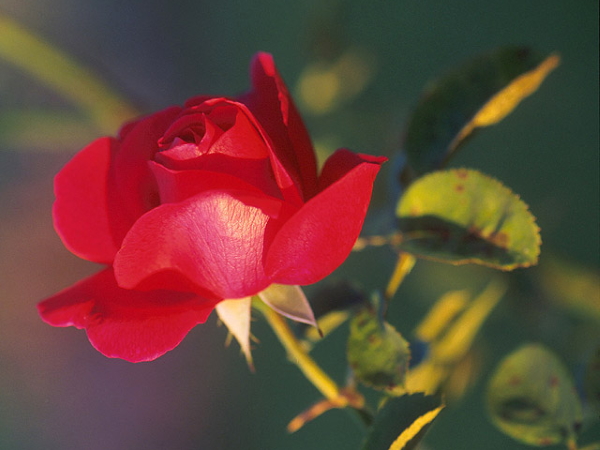 Agrobacterium, which causes crown-gall disease, infects woody ornamentals and shrubs including roses, among many other nursery crops.

What gives Agrobacterium its virulence is the presence of plasmids inside the bacterial cells. Plasmids are autonomously replicating DNA molecules that have become part of the bacterium but are not essential to the physiology of the cells. These plasmids have genes that give Agrobacterium the unique ability to transfer a portion of the plasmid into plant cells and genetically reprogram the host to cause disease.

These plasmids also have genes that allow Agrobacterium to transfer the entire plasmid horizontally from one bacterium to another rather than only vertically as in parent to offspring. Once acquiring a harmful plasmid, a previously benign strain of Agrobacterium can become a novel pathogen line. This ability has made control of the pathogen and tracking of an outbreak very difficult.

To develop their tracking system, the researchers first had to figure out the actual evolution and classification of the plasmids found in Agrobacterium. The plasmids come in two main classes: Tumor inducing (Ti) and Root inducing (Ri), neither of which are directly genetically related to Agrobacterium.

Before these studies, the accepted scientific view was that the frequent transfer of genetic information among plasmids and large amount of genetic variation among Agrobacterium species made drawing evolutionary relationships practically impossible. Without such information, it is not possible to track disease outbreaks.

Surprisingly, the ARS/OSU team discovered Ti and Ri plasmids are all descended from just six and three lineages, respectively.

They analyzed whole genome sequences of more than 1,500 strains from the Rhizobiales order, to which Agrobacterium belongs, which showed different lineages of Agrobacterium emerged independently and at different times in the past.

"What we found was that following the transmission of plasmids themselves between bacterial cells was key to tracking disease outbreaks" said OSU postdoctoral scientist and computational biologist Dr. Alexandra J. Weisberg. She is co-advised by plant pathologist Niklaus Grunwald with the ARS Horticultural Crops Research Unit in Corvallis, Oregon and Professor Jeff Chang with OSU.

"Armed with this extensive genetic sequencing information about how to classify plasmids and Agrobacterium, we could infer both how bacteria move among nurseries and how the plasmids move among bacteria," Weisberg said.

The researchers were able to track at least seven cases in which global distribution of plants contributed to the widespread transmission of a single Agrobacterium strain-plasmid combination. In one case, they tracked one nursery that produces plants for wholesalers that may have served as a kind of patient zero source for many outbreaks. Strains of the same genotype-plasmid combination were later identified in two other nurseries in another part of the world.

With the ability to separately analyze the bacteria from the plasmid, they found many cases in which plasmid transmission perpetuated disease spread. For example, the researchers found one strain/plasmid combination that was collected in 1964. Plasmids with the same sequences were identified in strains collected 30-40 years later in very different parts of the world.

Understanding the genetic basis for how pathogens like Agrobacterium evolve and diversify, especially in agricultural settings, provides a new foundation for determining their spread, at high resolution, and assessing risks of future outbreaks, Weisberg explained. It allows researchers to determine whether agricultural practices are spreading bacteria/plasmid combinations or plasmids by themselves and in turn, will help growers use appropriate strategies to limit spread.

"The strategy has the potential to be applied in tracking other diseases in plant and human/animal epidemiology and even tracking food safety disease outbreaks," she added.