Spectacular figures and prices on the FloraHolland clocks

Last month, a spray chrysanthemum on the FloraHolland clocks costed an average of 41 euro cents - and that really is unprecedented. A disbud chrysanthemum was clocked at 48 cents, which is also more than double compared to June last year. So this is very good news for the growers, who had a particularly tough time in the first weeks of the corona crisis. 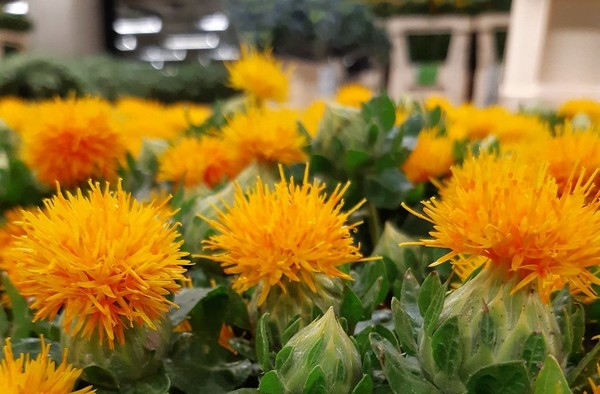 June was not a bad month at all. Most flowers did very decently at the clock, on average more than a quarter higher than in the same month last year. And not only the cut flowers, but also the potted plants had a good month, with practically not a sole product group that underperformed. The average price was 22.5% higher, and on top of that, a lot more units were sold. Turnover increased on average by more than 50% (!).

As the proverb goes ‘misfortune never comes alone’, that apparently also applies to the reverse. For the houseplants, the costs and benefits were more or less balancing out each other, the garden plants really had reason to celebrate last month. On average 7.3% more units were sold on average for 44.4% higher prices. In fact it didn't really matter what came out of the greenhouse, lavender or carnations, roses or geraniums, everything sold at spectacular prices.

Surreal may not be the right word, but the figures from the past months are absolutely unprecedented. There are very few people around that can remember bigger outliers, both up and down.