Bumblebees make excellent pollinators; a single bumblebee is as effective as five honeybees when it comes to pollinating raspberry crops. Growers also benefit from the fact bumblebees get to work earlier in the year, when temperatures are lower. Unlike honeybees, that only tend to fly in good weather, bumblebees go about their business pollinating crops in rainy and cloudy conditions - making them ideal pollinators for Norwegian crops.

As bumblebees cannot be imported into Norway, growers must rely on locally produced hives of the native bumblebee subspecies - Bombus terrestris terrestris.

Biobest has teamed up with horticultural distributor Vekstmiljø AS to acquire the Norwegian bumblebee producer – Pollinering AS.

Based in Jæren, on the south-west coast of Norway, Pollinering AS was established in 2006 to supply bumblebees to help Norwegian growers optimise yields of high-quality tomatoes, peppers and raspberries.

New state-of-the art facilities
Following the acquisition, major new investment has seen the company’s existing facilities radically upgraded. Housed in buildings that were originally a dairy farm, the new state-of-the art climate- controlled facilities include a separate queen production unit, three high-tech production rooms plus a large commercial-grade kitchen area, where food is produced to feed the bees. Operating to the highest hygiene standards, the hives are guaranteed disease free and are carefully inspected and selected before dispatch.

Each production room is fitted with a safety button, which switches on a strong red light. While the room remains illuminated for staff members, the bumblebees cannot see red light. This red light is also used in the packing room, so that the bumblebees remain calm and are easy and safe to pack.

High Quality Standards
“Our Biobest hives are now produced to Biobest’s high Quality Standards, offering superior performance and a level of consistency not previously seen in the Norwegian marketplace,” explains Berge Sandanger, General Manager of Vekstmiljø. “Production is also now year-round, so hives are always produced at the optimal time of year to meet the pollination needs of each crop.”

Pollinering AS founder, retired biologist Karl Ivar Stangeland, has bred bumblebees for some 29 years. He remains an important member of the new Pollinering team working with his long-standing colleagues - Dainis Apinis and Viorika Dohotar.

The team was recently strengthened with the appointment of Production Manager, Maren Homnes Oddane. With a master’s degree in plant science from the Norwegian university of life sciences, she joined from NORGRO AS, where she worked as an advisor in greenhouse crops gaining first-hand experience working with Biobest. 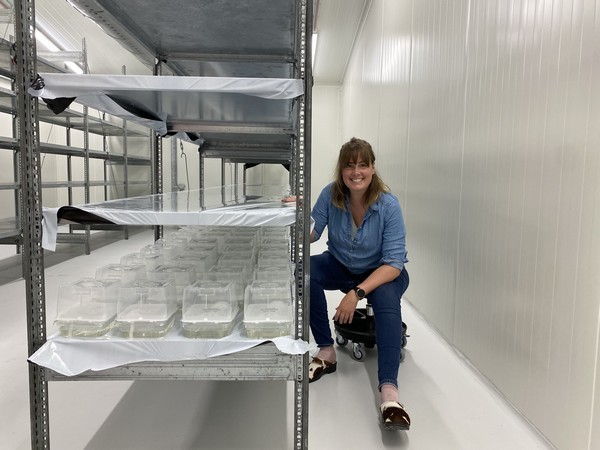 Superior hive choice
“Following the upgrade and expansion of the Pollinering facilities, our production capacity has risen to 12,000 hives a year,” explains Maren. “Growers are also benefitting from having a choice of three Biobest hive types - suited to different crops and times of the year.

“Standard Hives are designed for tomato and horticultural crops whereas Premium Hives are best suited to open field berry crops and for winter tomato crops; produced under artificial lighting. Artificial lighting is a more demanding environment that needs stronger hives to ensure there is sufficient pollination. Both Standard and Premium Hives last up to 6-8 weeks. In addition, for short term pollination of crops of up to 4-6 weeks, we now offer Medium Hives.“

Global IPM players
When deploying bumblebees to pollinate crops, it is important growers pay particularly close attention to any chemicals they use in the crop, as these can be incompatible. Around the world this has been a major driving force in the adoption of integrated pest management (IPM) techniques.

“Biobest is also a global leader in the provision of beneficial insects, mites and nematodes and offers an extensive portfolio of biopesticides as well as sticky traps and monitoring and scouting tools,” explains Maren. “Through major investment in R&D and strategic partnerships and acquisitions, the Biobest Group is a leading force in the IPM arena.”

Norwegian hives from Pollinering AS are now available from Biobest and Vekstmiljø AS, as well as via the horticultural distributor NORGRO AS.