Mother's Day in the US and Canada has been a huge a success and it hasn't slowed down since. North American growers have had months with record number of sales. Demand spiked and it is expected that pandemic created a new habit of buying flowers and plants. Therefore, orders for next year are rolling in fast and for Spring season 2021, mass market is even urged to place their orders now as many growers are already nearly sold out.  This is explained by Lawrence Hopman of Hopman Flower Farms. With more than 25 years of experience in the ornamental industry, he started up his own company, a floral procurement agency, in March 2019. He tells us more about his turbulent first year. 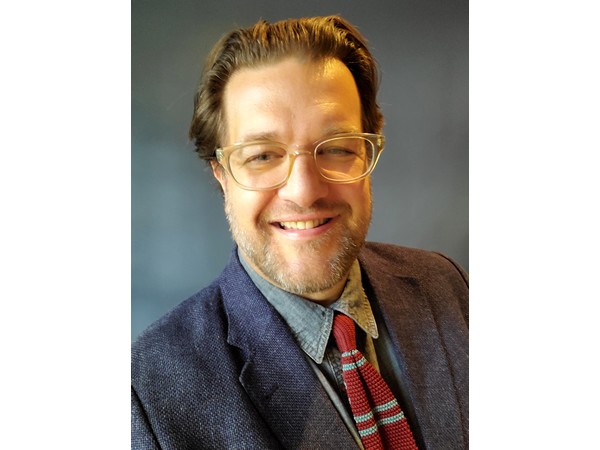 Sourcing agent
When turning 50, Hopman decided to start his own business."Over the years, I saw that many growers want to enter the mass market but lacked the connected sales team or the budget for employing a Sales Manager. On the retailers' side, I noticed that they want a broad choice of products that are 'farm fresh' with 'farm direct' prices, but do not want the hassle of dealing with all farms separately. I thought it is now or never, so I decided to start my own company." In March 2019 at the age of 51, he established the company with the aim of connecting the US and Canadian grocery stores with Canadian and international growers. "I'm like a sourcing agent, not a middle man,and transactions are all fulfilled directly between grower and retailer."

And it seemed to be quite an untapped market with a great demand and interest from the grower as well as from the retailer.He has his hands full representing growers to the grocery stores he has. His assortment that he represents consists of flowers, plants, bulbs, dried flowers and recently started to represent hardware goods from an Asian supplier as well.

COVID-19 impact
When his business was running nice and smoothly, COVID-19 hit the world. "Since Mid-April, nothing really happened till Mother's Day. Easter was a disaster with orders being cancelled, resulting in flowers that had to be thrown away." Fortunately, things started to improve by mid-May. "Mother's Day was such a success! By Saturday, most grocery stores were sold out. If they had more products - there was a lack of products they had reduced their orders, and many growers decided to cut back their production by planting less due to the uncertainty COVID-19 created -  they could have easily sold 50% percent more." And since then, it has not slowed down. "Usually, summer are slow months, but this year, it has been a summer with record numbers, both in flowers and plants."Growers are getting their fair prices, and no discounting is occurring or needed right now.  For Hopman Flower Farms, the months were hectic and uncertain as well, but fortunately, he could quickly pick up business where he left off.

Second wave? Not expected to affect sales
In the midst of the pandemic, there were already rumors about a second wave. When hearing about a possible second wave, growers were scared and started to cut back production again. Now, getting into fall, it looks like there might come a second wave, but the growers supplying to the grocery stores are not expected to be hit that hard as in April. "When there will be a second wave, they will remain open, just like in the last months. And as we've all gone through it already,no panic stocking by the consumers is expected so there will still be room for flowers and plants. All in all, we do not expect that sales will go down at grocery stores. However, there might be a shortage as growers decided to plant less." A reason that contributes to the positive expectation regarding the demand this fall is that the grocers have proven themselves. "They did a tremendously good job during summer and they really proved that they are good in taking care of the plants and flowers in their department."

Trend: Dried flowers
According to Hopman, COVID-19 established a habit of buying flowers and plants at grocery stores. The overall demand increased, but one interesting category that has been set on fire is dried flowers."It think it is such a popular product as it is a less risky product for all parties in the chain. People are more at home arranging flowers and these dried flowers will last longer. And the same goes for the grocery stores as these products also last longer there too."

Orders rolling in for Spring 2021
I believe that COVID has created new floral customers with disposable income spent almost exclusively at grocery stores during the spring and summer this year.  The habit of buying flowers and plants is here to stay. That's the expectation and it is already visible in the orders for next Spring. Purchase orders used to come in late which resulted in growers producing on speculation, but that is not going to happen this year. "Orders are already being placed for Spring 2021 and if they aren't be placed now, there is a big chance that they won't get their material.  The surge in overall demand had created a shortage of cuttings and propagation stock from the breeders. So also for the growers, pressure is already high for next season."

Future Hopman Flower Farms
For Hopman, it has been a huge decision and risk to start up his own company and after a challenging year he is pleased with how it all developed and where the company is now. "I'm extremely busy till the end of the year. I never expect that it would have grown so rapidly.  I am still doing everything on my own, which was also the initial idea, but as demand is expected to increase I am now at a point where I have to decide how to move forward. Fortunately, all positive considerations."