A peek into the process of an automated washing machine

With three production locations in Germany and the Netherlands and 87 hectares of greenhouses, Emsflower is a large pot and bedding plant grower. The growers are keen on innovation and sustainability. At the Emsbüren location in Germany, for example, a lot has been invested in green energy, the Emsflower BioPower project. In recent years, investments have mainly been made in the expansion of greenhouses and in automation. One of the machines running at Emsflower is the sustainable washing machine of Unifortes. The process of the washing machine is shown by Cherique Kranendonk of Unifortes in this article and the video below.

1200 trays per hour
The growers use a fully automated washing machine which includes water filtration. They have a UNI-W750.70HP for washing the x-trays and the capacity of this machine is about 1200 trays per hour.

Kranendonk explains that this is not a regular machine but a washer with an additional high pressure module that removes all the coarse dirt and algae. In addition, it possesses a 50 micron paper belt filter which filters the water of the first tank and of the high pressure module. 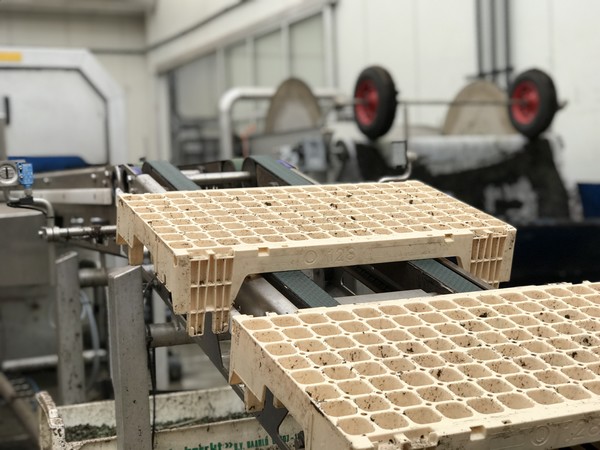 The washing water of the first two washing modules is being reused. The water is collected and being redirected to the pre-wash zone, she explains. "The water is moved by a dirt water pump from this reservoir to the filter." 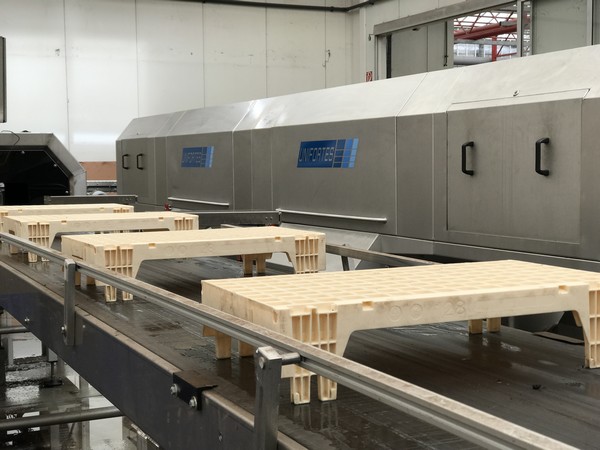 Only filtered water
There are plenty of options when it comes to water filtration, but Emsflower opted for the paper belt filter. "This filter knows how to filter up to 50 micro, so that the water can be reused in the pre-wash zone. A major advantage is the longer reusability of the water - the delicate filtering increases the service time of the water." 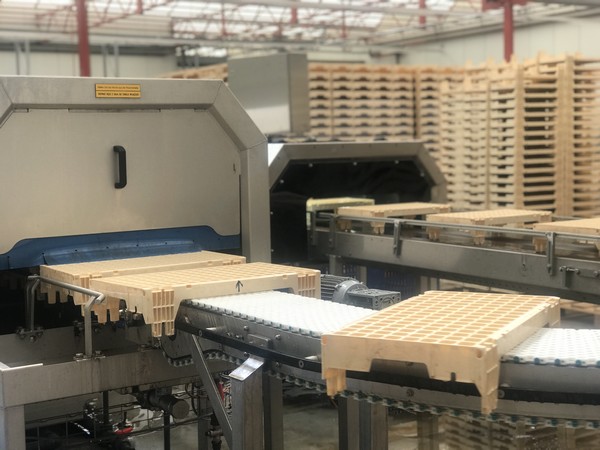 Final inspection round
After the washing process the trays are checked on defects. All defective trays are eliminated and their usability is checked once again. All good trays are stacked and returned to the production process.