The random-acts-of-kindness effort, called Petal It Forward and organized by the Society of American Florists (SAF) is designed to help people start their day with more smiles and less stress. With this goodwill initiative, participants hand two flowers or bouquets to an unsuspecting stranger, urging them to keep one and share the other with someone else. For the last five years, thousands of floral industry members in all 50 states have organized their teams on one day in October to take part in Petal It Forward. This year, it was held on October 21 and according again many companies participated. In this article, we will mention the efforts of Sakata Seed that teamed up with Kitayama Brothers and gave unsuspecting passerby two bouquets and of Ecuadorian rose grower Naranjo Roses that dedicated their efforts to giving back to the medical staff at Jackson Health Systems. 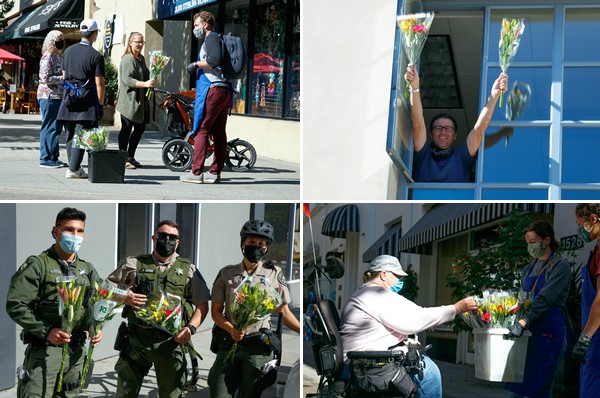 Needed more than ever
Given the isolation brought on by COVID-19, SAF announced that, Petal It Forward was needed more than ever. “The Kaiser Family Foundation released a tracking poll in July 2020 showing that most American adults — 53 percent — believe that the pandemic is taking a toll on their mental health. Science has proven that flowers reduce stress and anxiety and make people happy. Let’s come together as an industry and spread the power of flowers.“ 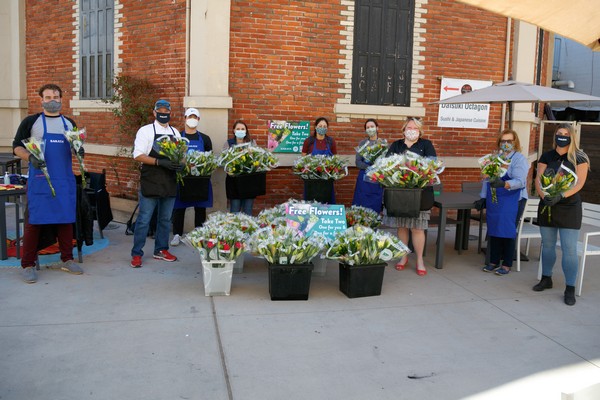 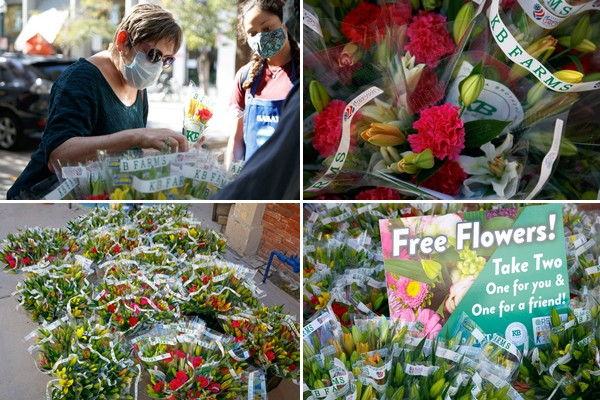 “Petal It Forward Day is an inspiring and fun way of giving back to our community. 2020 has been filled with challenges that have created, added stress and taken a toll on mental health and wellness. Now, more than ever, we see the need to brighten someone’s day through the positive effects of flowers,” states Alicia Suits, Senior Marketing Manager for Sakata Seed America.

The UNF research findings on flowers and stress relief, and the need for mood-boosting gestures, seem timely: A survey by Wakefield Research in July showed that 68 percent of Americans experience stress weekly, and 32 percent report feeling stressed daily. Women are even more affected, with 25 percent reporting feeling stress multiple times a day. 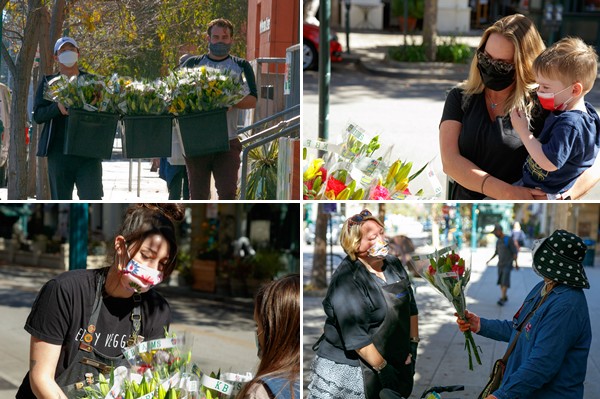 “KB Farms has partnered with Sakata Seed every year since Petal It Forward Day’s inception in 2015 for this initiative. This year, we donated 150 bouquets to the ‘keep one, share one’ concept,” says Jasen Henderson, KB Farm’s Marketing Manager. “Statistics show that while 80 percent of people reported receiving flowers makes them happy, even more (88 percent) said that giving flowers makes them happy.”

Sakata Seed and KB Farms staff members practiced extra safety precautions due to the COVID-19 pandemic; masks and gloves were worn, and people were encouraged to take bouquets directly from the supply buckets to minimize close interaction and maintain social distancing. 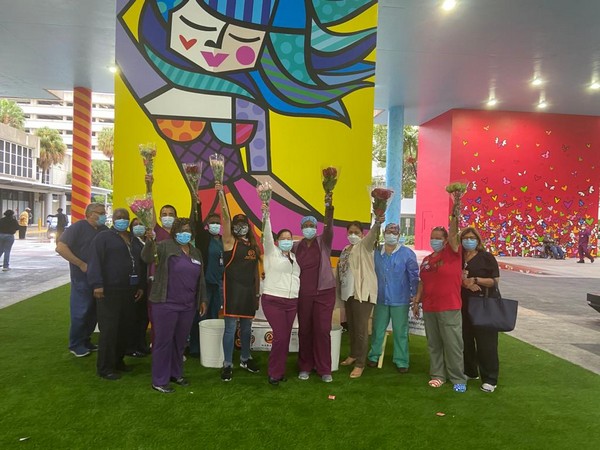 Despite the rain and delays in Miami, Florida on Wednesday October 21, 2020 Naranjo Roses joined the nationwide random-acts-of-kindness effort — called Petal It Forward. Naranjo Roses dedicated their efforts to giving back to the medical staff at Jackson Health Systems.

Native Miamian Carolina Mojena, Marketing and Communications Manager alongside Laura Naranjo, Marketing Director of Naranjo Roses lead the effort in the employee donation and expressed their gratitude by donating more than 2,500 roses to the Heroes at Jackson Health. "More than ever we recognized how crucial the medical staff is to the South Florida community and we decided who better to thank and appreciate."

Jackson Health System is a nonprofit academic medical system offering world-class care to any person who walks through its doors. Governed by the Public Health Trust, a team of citizen volunteers acting on behalf of the Miami-Dade Board of County Commissioners, Jackson Health System ensures that all residents of Miami-Dade County receive a single high standard of care regardless of their ability to pay. With more than 12,000 physicians, nurses and staff members Jackson Health Sytems is dedicated to its mission of providing a single standard of care to our community.

Naranjo Roses is an Ecuadorean grower with over 20+ years of providing the most pristine Ecuadorian roses. With three farms and over 100 rose varieties and the only farm in the region with the Rosematic sorting technology which allows for a high demand of product and aides with efficiencies. They export all over the world including the US, UK, Russia, China and the Netherlands. "Seducing the world one rose at a time as a result of our teams dedicated efforts in maintaining the most sustainable practices and most efficient operations."

El Capiro
And more in the industry joined the nationwide effort, like El Capiro. In a LinkedIn message, this Colombian Chrysanthemum grower handed out 1,400 'reasons' to smile to Colombian people who were passing by.

They shared these picture on their LinkedIn page.