The U.S. Department of Labor has announced updates to their methodology for determining the annual Adverse Effect Wage Rates (AEWRs) in the H-2A visa program, meaning that they have altered the way they determine the minimum wage for workers on the H-2A program. The new rule will allow farms to pay lower wages, which is seen as a victory by farmers who have long been engaged in a battle against high labor costs. 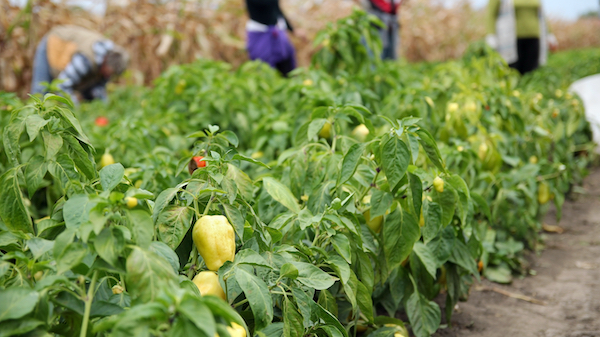 Baseline rate of 2019 frozen until 2022
The new AEWR baseline will be frozen until the end of 2022 and is based on the Rates that were established in 2019 and will be applicable to the vast majority of agricultural jobs. Starting 2023, adjustments may be made based off of the percentage change in hourly wages over the preceding 12-month period, as determined by the Bureau of Labor Statistics’ Employment Cost Index. “Over the past several years farm wages have increased at a higher pace than other industries, which is why this DOL rule could not come at a better time,” says U.S. Secretary of Agriculture Sonny Perdue.

The frozen baseline rates are based off of the U.S. Department of Agriculture’s Farm Labor Survey, which was published in November 2019. The rule uses the combined average hourly wages for field and livestock workers as they were reported in this survey. The prior methodology often brought significant and unpredictable wage changes year-over-year. This new rule aims to stabilize the rates, addressing a long-standing concern for the fresh produce industry. The new rule also aims to better protect the wages of US workers in similar positions.

For all other agricultural jobs, mainly supervisor, higher skilled or uniquely skilled positions, which often pay higher wages than typical farming occupations, the Department of Labor will set and annually adjust the AEWRs using the average hourly wages as reported by the Bureau of Labor Statistics’ Occupational Employment Statistics Survey program for each occupational classification.

More predictability for farmers, more protection for US workers
A statement released by the USDA explains: “More predictable wage adjustments in the H-2A program will help American farmers plan and budget for their workforce needs and ensure that wages in the H-2A program keep pace with steadily increasing wages in the wider economy. By taking this action, DOL is protecting U.S. workers and helping farmers keep food on America’s tables.”

The new regulations have been submitted to the Office of the Federal Register (OFR) for publication and are currently pending placement on public inspection at the OFR. The Department of Labor also plans to issue a second final rule, to finalize the remainder of the regulations proposed on July 29th, 2019. The second final rule will address aspects of the certification of agricultural labor or services performed by H-2A workers, as well as the enforcement of the contractual obligations applicable to the employers of the H-2A workers.