The year started quite well for most of flower growers in Kenya, with good weather in January leading to a good production over Valentine's Day. The Valentine prices were also good and everybody was looking forward to a better year compared to the previous ones. However, it all went very different than anyone could have ever imagined. In this article, Andrew Wambua, General Manager at Molo River Roses - one of the three flower farms of Mzurrie Flowers - explains his experience. According to him, the year felt as 'swimming in uncharted waters'. 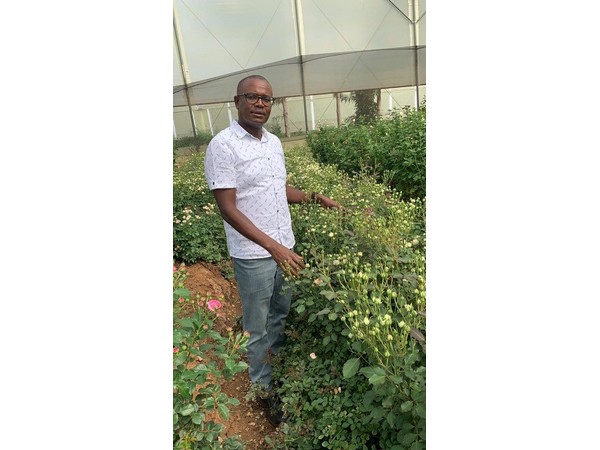 Andrew Wambua in the greenhouse.

From cancellation to cancellation - 'Everybody panicked'
"As we were preparing for the International Women’s Day sales, news started trickling in of a certain unusual virus which was causing deaths in China. To us, this was far-fetched news as such pandemics in recent times have been localized and rarely do they spread that fast. It didn’t take long before all the sales orders for China customers were cancelled. That was early March and the reality started sinking into us. The virus started spreading in Europe and Russia like a bush fire and what followed was cancellation of orders by almost all our customers. With the lockdown of all economies and closing of borders, there was very limited cargo space to transport the few orders received. The auction market totally collapsed leading to destruction of many flowers. Everybody panicked."

Many farms cut labor force
The reaction from everybody was to stop most of the operations, send people home and wait to see the direction this situation will take, he explains. "Many farms stopped harvesting, fertigation and even taking care of pests and diseases. A lot of workers lost their jobs as many farms cut down their labor force by 60%. The few who remained were asked to take a salary cut of between 30-50%."

Mzurrie Flowers continued - only exported 15-20%
Mzurrie Flowers acted differently. Wambua: "With its vision of being the world’s preferred brand in floriculture, the management with support of Directors decided to continue with all operations in a normal manner. We neither cut down our labour force nor did any salary cuts. Though we were only able to export 15-20% of our production, we continued with all operations. We were just cutting and throwing away all stems that were not able to sell. This seriously affected our cash flows for the months of March and April." 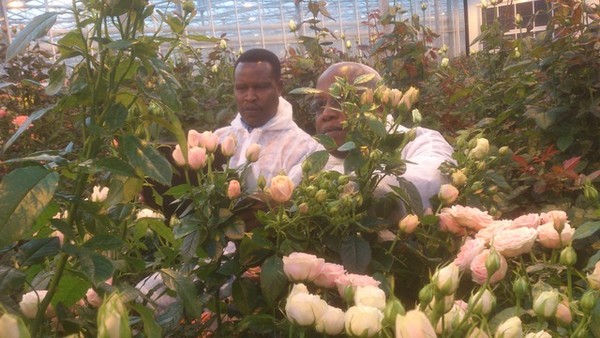 End of April: orders started to go up - "Luckily we had flowers"
Fortunately, orders started to increase by the last week of April. "This was mainly due to a number of Mother's Days that were celebrated in May in different countries. We were lucky to have flowers by then as those who had abandoned their operations were out of production. The main challenge was getting enough cargo space as the few air freighters which were flying to Kenya had doubled their charges and also the capacity was not enough. All in all, sales for the months of May to September were good as a majority of economies were partially opened."

Hope for the best - Christmas around the corner
Wambua is relieved that the effect is not as bad as was in March and he hopes that the situation will not get worse as we go towards Christmas. "This is one of our good sales events, especially for white and red colours."

"Tough times don't last, tough people do"
"As I look back from the start of the pandemic and the effect it has had on us farmers, I can only conclude that tough times never last but tough people do."