Africa’s growing floral industry is getting the first eco-friendly alternative in 65 years to an industry staple, green floral foam. The product, called the FloraGUPPY, has created a buzz in the industry as a replacement for foam and been praised by trade magazines in the UK, Europe, the USA and Canada.

FloraGUPPY inventor, James Wong of Vancouver, Canada, says, “We’re extremely pleased to be able to offer the flower industry in Africa a product for florists seeking ways to protect the planet. We have agreed to have a Cape Town floral company which shares our interest in sustainability – Mabel M. Florals - represent us.”  Three countries in East Africa led by Kenya are important flower growing companies.

The FloraGUPPY has received considerable industry as florists, flower associations like the UK’s Royal Horticultural Society (RHS) choose alternatives to foam. The RHS has banned floral foam was all its flower shows including the world’s most influential flower show held at Chelsea and attended by the Royal family. 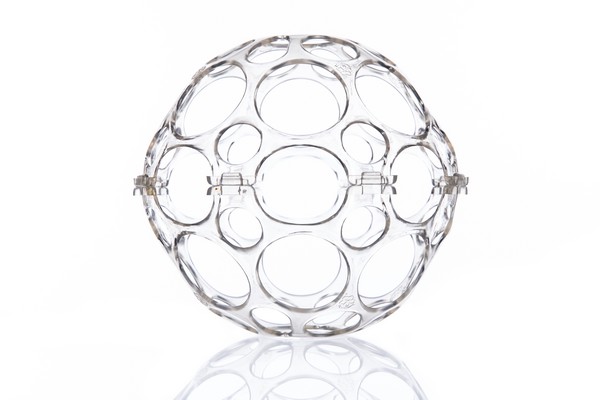 "On the face of it, it looks like nothing more than a plastic sphere with 58 holes of various sizes.  So, what’s so great about the FloraGUPPY? Just that it’s a new, revolutionary, eco-friendly alternative to floral foam. When foam was first introduced in 1954 it was regarded as a marvelous and useful innovation and became a valuable staple", they announce.

Some of the world’s renown florists such as Royal Florist Shane Connolly along with floral magazines have been calling for a foam ban. One of the UK’s major publishers responsible for the BBC’s floral magazine called for a foam ban in its newest publication, The Flower Patch.

The ‘FloraGUPPY has been used by Helen Chambers - one of six floral ‘designers’ invited to show at the Covent Gardens during the 2019 British Flowers Week. Helen used a bagful of FloraGUPPIES for her elaborate displayy which was viewed by Camilla, Duchess of Cornwall, who crowned the winner. "The game-changing FloraGUPPY is versatile, comes as two interlocking halves, can be molded in warm water and can be used for fresh cut, silk, paper craft and specialty plants like orchids".