Canadian growers might not raise an eyebrow for the amount of snow that has fallen in the Netherlands over the weekend, but for Dutchies the weather conditions are exceptional.  Also today in Netherlands everything is still white. And it's freezing. Here's an update from your horti-weather channel.

Xander van der Zande compared 1963 with 2021 on LinkedIn. Exactly 48 years ago, the greenhouses were covered in snow as well.

Collapsed greenhouses
Although a photo shared by Xander van der Zande shows that in 1963 greenhouses were covered in snow as well, this doesn't happen often in Netherlands. The snow makes for beautiful pictures but also causes inconvenience. The first reports of damage to greenhouses arrived during the course of Sunday, after it started snowing last Saturday.

In Naaldwijk, an 11,000 metre square greenhouse even collapsed. The deck could no longer bear the weight due to accumulated drifting snow. A truck next to the gable of the greenhouse prevented it from collapsing. The grower has started heating the meantime, according to local website Westlanders.nu. The insurance company has already visited the site.

Weekend of snow
It started snowing last Saturday. In the days before, the industry had been warned for the weather. Wherever greenhouses are built, preparations were made. Also suppliers and growers prepared themselves for the winter. Contract workers were preparing to shovel snow and fight slipperiness. The rule was: make your reservations in time to avoid a lot of trouble. And then in the night from Saturday to Sunday, it started snowing in more and more places, and the wind started to blow. 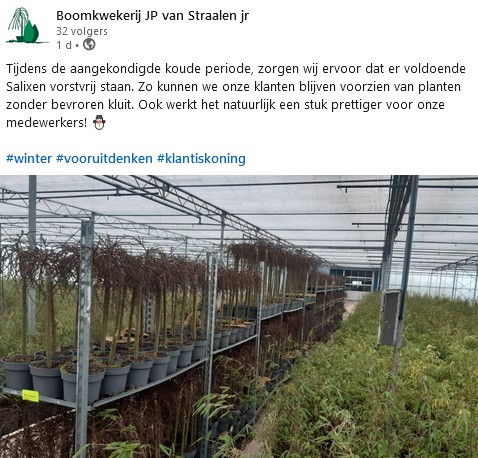 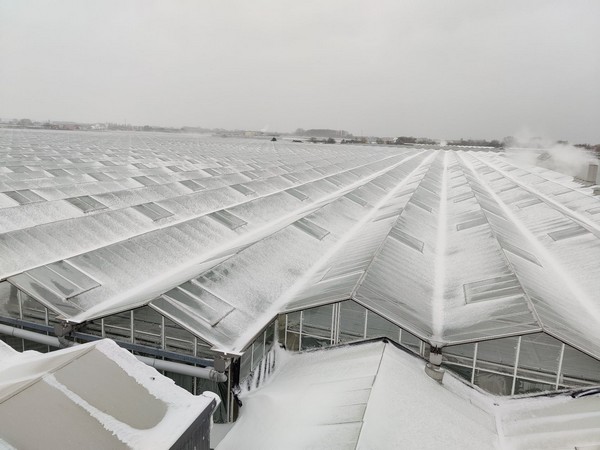 Removing the snow
Meanwhile, inside the greenhouse, people were working hard, as advised, to remove the snow directly from the roof. That is not possible everywhere. Growers also blew steam into the greenhouse to combat the snow, shares grower Rob van den Ende. 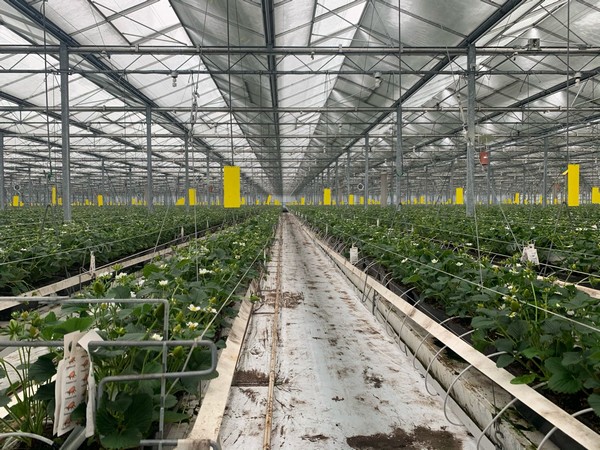 Heating just a little bit longer to get the snow off and then the energy screen can be closed again, shared Rob van der Wouw (photo above) from Jongfruit. It's a matter of balance, because the greenhouse must not collapse, but growers also want the optimum indoor climate for their crops.

Not all greenhouses kept all the snow out. Or with great difficulty. Outside, people worked hard to clear the way to the greenhouse and dock.

Flockdown
Logistics were challenging yesterday and today, despite the work that was done to clear the roads of snow. Also in neighbouring countries, as from Germany, reports reached the editors this morning that the supply of a large supermarket chain was not possible or hardly possible due to a 'flockdown' (here from our German editors). A driving ban has been announced for trucks over 7.5 tonnes in various regions along the border with the Netherlands. At the same time, various Dutch hauliers stated this morning, when questioned, that they did not have any real problems.

Weather alarm
In the Netherlands, it is advised not to drive if not strictly necessary.

And for growers it will remain exciting for a while, although if the forecasts are correct, it shouldn't snow much in the near future.

A general life lesson in conclusion, as Henry van der Lans put it: "Het kan sneeuwen en het kan dooien, maar als je op je smoel valt ben je vergeten te schuiven en/of te strooien (It may be thawing or it may be snowing, if you fell on your face, you should have started earlier gritting or shovelling).