This Indian agriculture and horticulture event was held from January 18th till the 24th and attracted no less than 200,000 visitors. From this huge audience, more than 10,000 farmers looked into the Syngenta Vegetables & Flowers live crop demonstration. 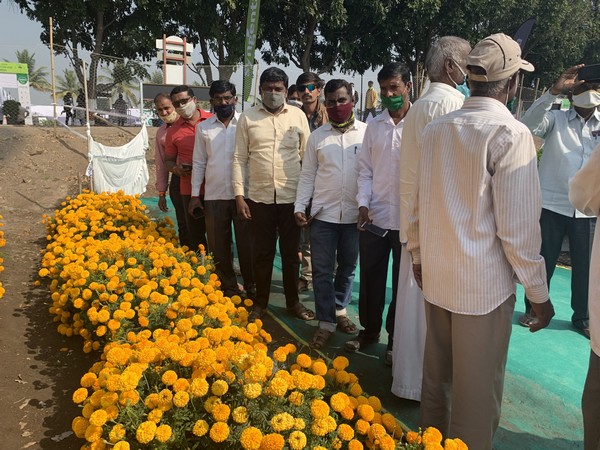 When it comes to garland Marigold, Syngenta Flowers has a rich history. The Inca is already the leading variety for pot and bedding plant market in South East Asia for many years. But innovation never sleeps. So, it is time to bring newer and stronger varieties to the market. Especialy the Indi Orange was highly appreciated by the farmers. To elaborate product features to the farmers and to train the Syngenta Vegetables sales representatives, Gautam Sangle attended the event. Gautam is Syngenta Flowers Key Account Manager for India and is responsible for the sales and marketing in India. In the Indian market, Marigolds are quite often produced by vegetables farmers as a sophisticated yet profitable crop. The Syngenta Vegetables sales representatives were trained in crop management of the marigolds, in order to provide in-season technical support to the growers in their districts.

The showcase of live crop performance to the farmers helped create demand of the Marigold hybrids on farmer and on retailer level. Many retailers were impressed by the trial results that were shown on transportation behavior of the hybrids. The showcase will be important for a strong start of the sales season in April.​

In India, the garland Marigolds are considered sacred in Indian culture. People prepare garland from its flower and use this to decorate homes and temples during festive seasons. They are also used in sacred ceremonies, weddings and for worshipping God. 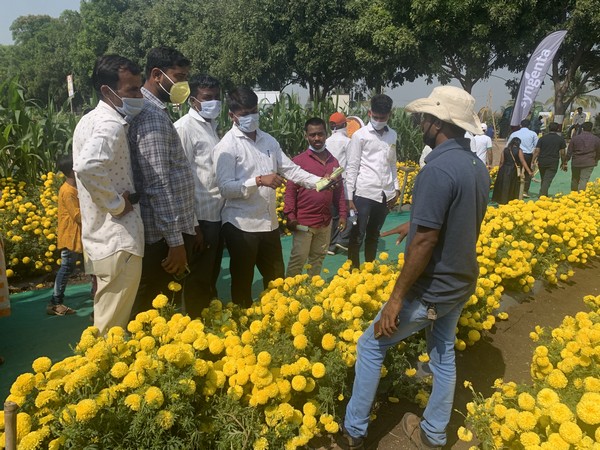 Syngenta Field Assistant: Avdhut Patil (right in picture) knows how to convince his fellow growers. He is responsible for district Sangli, Maharashtra, India, but also a farmer himself: "Last season, I have setup a demonstration of Indi Yellow in my territory Sangli. Let me tell you about the attractive features of Indi Yellow. It has a large shape flower, compact with attractive shiny yellow color. Each flower has a good weight which results in more yield per plant. The farmers that participated in our trial were very happy with the performance of this hybrid Indi Yellow and they are now all suggesting their fellow farmers to grow this hybrid in the coming season.” 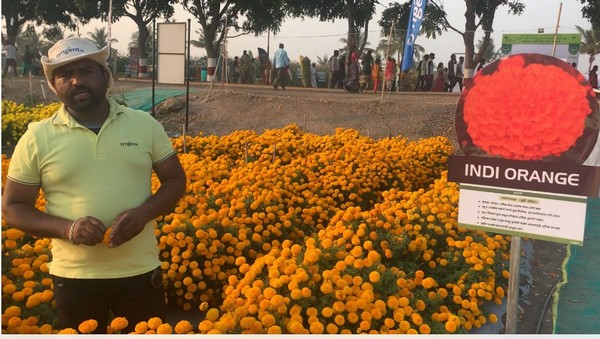 Syngenta Field Assistant: Vaibhav Bhandari is responsible for district Kolhapur, Maharashtra, India and a farmer as well: "During my demonstration trial of Indi Orange in the territory Kolhapur, the attractive features of Indi Orange became clear. Indi Orange has a medium shape flower and is very compact. It has a uniform color. The flower is good for long distance transportation. There is no calyx busting. The small calyx makes this variety good for making garland. The plants offer more flowers because it has more branches. This hybrid has a disease tolerance for flower & leaf diseases and provides a high yield capacity per acre.” 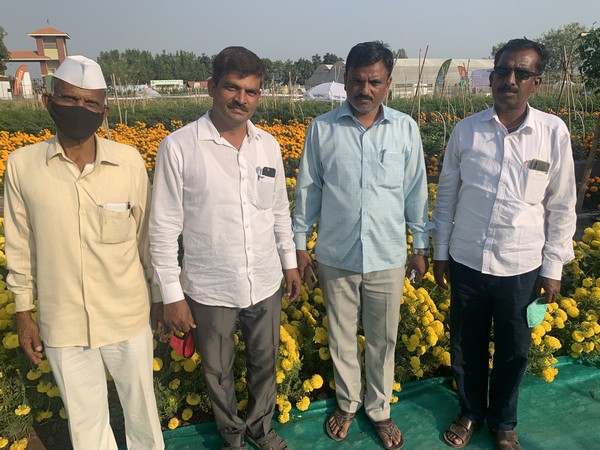 Second from the left is farmer Suryakant Laxman Shirke, from Satara, Maharashtra, India, who saw the hybrids and became enthousiastic immediately: "This is a very good demonstration plot. The Indi Yellow has a large size flower shape and has attractive shiny yellow color. For the coming season I will grow this hybrid in my field and I will try to harvest a higher yield than before." 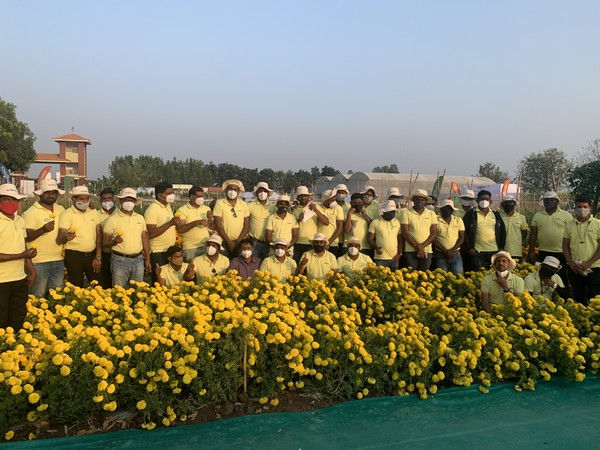 The Syngenta India Vegetables commercial team is ready to market the new marigold hybrids. Gautam Sangle is left of the middle with red shirt.