Denmark: "When the garden centers re-open, we probably won't have enough plants" 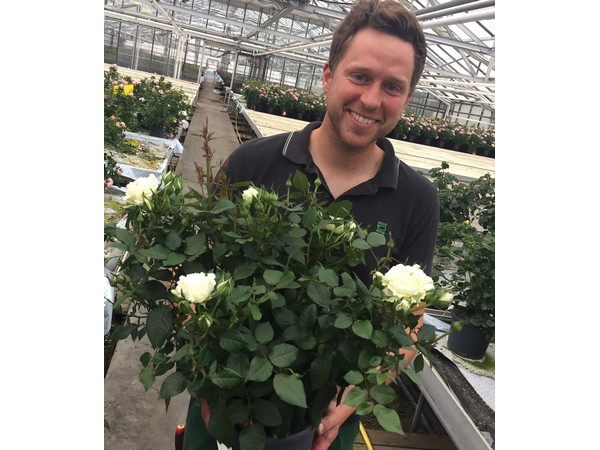 Chris Andersen with a new variety – Every year, they are testing 20-30 new varieties.

Early orders
Last year's season had a challenging start but ended well, Andersen explains. "The first month was challenging. Before the season started, our clients told us that they did not need that much. However, when we eventually started to ship out our products and started to deliver them, the demand quickly started to surpass the supply." For this reason, to secure the amount of plants they want, DanRoses clients ordered early this year. "And to prevent any risks, we only planted the amounts ordered," he adds. 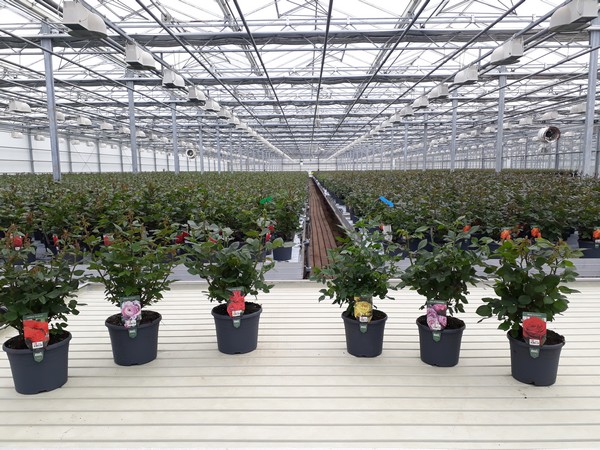 Plants in the greenhouse

Good hopes for the season
Eventually, the last year's season was more or less similar to the previous years, he explains. And hopes for the coming season - which for DanRoses runs from April till mid-summer - are high. "First, the garden centers need to open as soon as possible. Currently, we all hope that they can re-open their doors next Monday. Then, when they are open, I think we won't have enough plants." 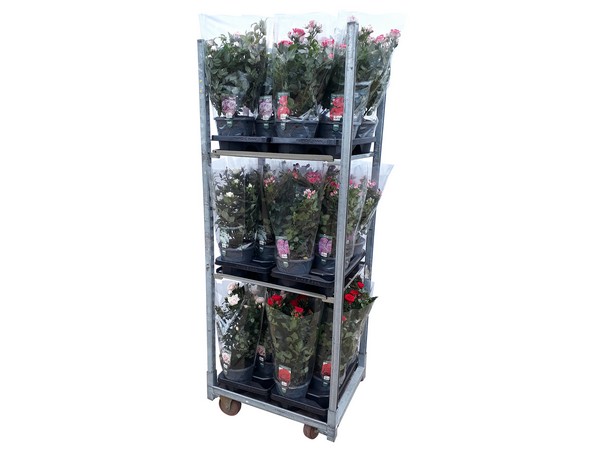 High hopes for the future
According to Andersen, the impact of the pandemic on his business hasn't been that bad as initially expected, and he has high hopes that it will have a positive influence on the gardening industry in the future. "The demand of plants is growing. People are not travelling, they stay home and hopefully and also after this pandemic more people will remain gardening."