US: For the first time ever, there will be a category honoring the Floral Artists in films and TV

For the first time ever, the people who create the fabulous interiors of TV shows and films will get their own awards - “Aspire Design and Home magazine's’ Best-Dressed Rooms in TV and Film Awards” - with nominations released on March 3rd. 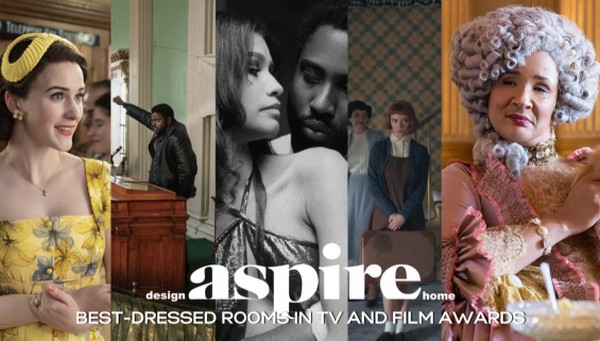 “A well-executed, well-dressed set is tantamount to a starring role. It’s richness and authenticity is integral to creating a mood, a place in time that commemorates the ensemble,” says Amy Sneider, Founding Editor-In Chief of Aspire Design and Home.

“Because we are spending so much time indoors, we’re all talking about what TV shows to watch and ways to redecorate,” adds creator Jill Brooke, who runs flowerpowerdaily.com and a former CNN entertainment correspondent and Aspire Design and Home digital contributing editor. “People are appreciating and focused on design more than ever so it’s a perfect marriage and perfect timing.”

“We anticipate this as an annual celebration of design and look forward to it becoming an awards TV show as well as continuous sources of stories for our magazines and websites,” says Steven Mandel, President of Hudson One Media, which owns national magazines Aspire Design and Home and Galerie in addition to a stable of regional and custom publications.

Judges include set decorators Beth Kushnick (“The Good Fight,”) Lydia Marks, (“Sex and the City” movies) and Melinda Ritz (“Will and Grace,”) as well as decorators for celebrities such as Ellen DeGeneres, Ryan Seacrest, Robin Wright and Queen Latifah. Also adding their expertise: Jenny Tobin, the florist for over 20 Oscar and B.A.F.T.A.- nominated films, including “The Favourite,” “Bohemian Rhapsody” and “Fantastic Beasts 1 and 2,” actor and director Chazz Palminteri, landscape architect Fernando Wong from Discovery’s “Clipped” and Tony and Emmy-award winning Derek McLane, who designed “Beautiful,” the Carole King musical, and “Moulin Rouge,” as well as 2014’s Oscars.

The list of nominees include “Bridgerton,” “Mank,” The Undoing,” The Queen’s Gambit, “Billions,” “Emily in Paris,” “One Night in Miami,” “The Crown,” “Malcolm & Marie” and “The Marvelous Mrs. Maisel.”

For the next two months, until the winners are chosen on April 22, Aspire Design and Home will showcase the nominated production designers, set decorators and floral designers as well as examine design details the judges liked across all media platforms. On aspiredesignandhome.com, each nomination category will have a story written about it and conclude with a “Shop That Look” column provided by set decorator Beth Kushnick so the public can recreate similar looks of their favorite TV shows and films as well as a voting option for Aspire Design and Home’s audience of more than 1 million readers.

“Celebrating and acknowledging all the talents who create production design and the sets is long overdue,” says Melinda Ritz, who designed the set for “Will and Grace.”

To learn more about the award categories, nominations, and the judge panel, click here.