Campaigners against the compulsory Agriculture and Horticulture Development Board (AHDB) levy on potatoes have welcomed the conclusive ‘no’ vote against its continuation, with 66.4 percent of voters opposed to the continuation of the levy.

Lincolnshire potato and vegetable grower John Bratley said, “This clear vote shows that, like their colleagues in horticulture, potato growers across the UK have had enough of this expensive compulsory levy body which offers little in return and doesn’t understand the realities of the marketplace that today’s modern businesses operate in. Looking at the voting analysis published by UK Engage, these sentiments are shared by both growers and potato buyers, who also pay the levy, with businesses of almost every size, voting decisively to scrap the compulsory levy. 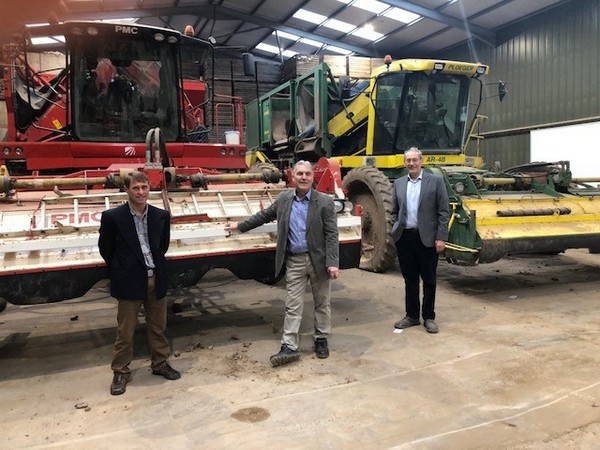 “The results of the ballot vindicate our own polling last year which showed that most growers felt they received no benefit from AHDB and did not want to pay a levy. This discontent is not new. It has been brewing for years, but this is the first time that growers have been given a way to express their discontent with the system.”

Flower grower Simon Redden, who had been critical of attempts by AHDB to weigh the result of the horticulture ballot by the amount of levy paid, also welcomed the result. “This result has been so unanimous that Nicolas Saphir hasn’t even attempted to put a positive spin on it,” he said. “When analysed by the amount of levy paid, 63.2 percent of levy payers voted against the continuation of the levy, despite the huge amount of time and money that AHDB spent promoting itself before and during the ballot process.”

As with the horticulture vote, the results are not binding on Ministers, but given previous comments by Secretary of State George Eustice the growers are confident that the result of the ballot will be honoured. However, they are angry that Defra Minister Victoria Prentis MP has already said that the 2021/22 levy will be collected.

“The potato industry is under extraordinary and unprecedented pressure from the legacy of flooding 18 months ago, and with the Covid-19 pandemic resulting in thousands of tonnes of unsold product, none of which are the fault of growers themselves. It is therefore astounding that on the anniversary of the first lockdown, Victoria Prentice is seeking to take another £6 million from grower’s pockets. It is crass and indicates a lack of sympathy, suggesting that she is out of touch with the industry that she represents.”