CIS with Stefano: "Some patience needed, but everything will be okay"

Quiz question: what are the CIS countries? Perhaps not too difficult a question for those familiar with recent world history. After the collapse of the Soviet Union, a number of former USSR republics united in the CIS.

So we are talking about Russia and a number of surrounding countries, and that is precisely a region where greenhouse horticulture has developed strongly in recent years. Stefano Hiwat knows all about it, he is responsible for Gavita's sales in that part of the world and shares his insights into that market with us. 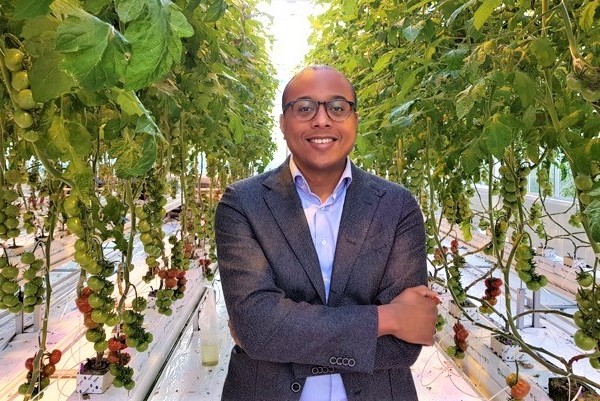 Russia comes to a standstill...
Let's start with the largest country: Russia. Stefano notes that there is currently a little movement in the Russian horticultural market. It is then easy to immediately point to Covid-19 as the cause, but there are more important reasons for the "stalling" of that market.

“As a disease, corona was not that significant for the Russians, but the lockdown was very dangerous,” says Stefano, “because Russia lives on oil. With a global lockdown, less oil is needed, there was even a period when you were getting money when you bought oil. That was disastrous for the Russian economy. This has also led to a ruble crisis, in which the euro became more expensive against the ruble. So it was a triple crisis: a health crisis, an oil crisis, and a ruble crisis.”

Pre-Covid people could see two things at Gavita: new construction decreased but there was still interest to continue, and there was an increasing demand for modernisation projects where existing greenhouses are upgraded. A subsidy program has certainly contributed to this increasing demand.

"But then came corona. What I noticed," says Stefano, "is that it has postponed the projects for two years instead of one year. Banks are more reluctant to finance new construction projects. Everyone has been waiting for the exchange rate to stabilise.”

...but also gently revives
In the meantime, the market seems to be reviving somewhat. Stefano notices cautious optimism among clients and banks. “That does mean that contracts may be signed with turn-key suppliers again this year, but the greenhouse will be at the earliest at the end of this year or next year. The green light is therefore given for new construction projects in the future.” Stefano also expects demand for the modernisation projects to only really pick up again next year.

And how does the Russian drive for self-sufficiency fit into this whole story? “That has indeed been called for years, but in terms of vegetable production, Russia is still far from self-sufficient, while the subsidy program is almost over. The pot is empty, so the government is now financing modernisation projects instead of new construction projects. ”

The approach is therefore to get more yields from the existing acreage. Modernisation can aid this significantly. It's not like the country is full of old greenhouses, but if there are around 1500 hectares of modern glass (eight to ten years old), Stefano estimates that there is about the same area of ​​greenhouses that could use a makeover. "But modernisation is not only about the old greenhouses, it is also about eight or even four-year-old greenhouses."

By replacing HPS with LED, growers can already achieve a lot of production profit with the same acreage, without immediately overhauling the entire greenhouse.

Kazakhstan benefiting from Russian split
Then we go to Kazakhstan, where a similar modernisation battle is taking place. "A few years ago, Kazakhstan gave another boost to new construction projects, especially with a view to the export market to Russia."

Because Russia is still far from self-sufficient, the Kazakhs see good export opportunities. "The motivation to grow must therefore return to the market."

This was well noted in Kazakhstan. At the same time, Russian growers are disturbed by imports from countries such as Turkey, Kazakhstan, and Azerbaijan. "So they were happy when the Russian government announced an import ban from countries like Azerbaijan at the end of last year, 'due to phytosanitary issues'."

However, Russia cannot sustain an import ban like this, as they still have to import vegetables. That split that the Russians are in, presents a great opportunity for growers in Kazakhstan. "And that is also an opportunity for us and for the Netherlands as a whole."

Uzbekistan also on the rise
The same actually applies to Uzbekistan. “The only difference is that Uzbekistan does not yet have developed horticulture like Kazakhstan has. Uzbekistan is still in its infancy in that regard, but in recent years new greenhouses have been built, and we are hearing positive reports about it. The projects are running, and local investors are showing interest in setting up new greenhouses.” The market is starting up again in that country, after a temporary standstill due to Covid-19.

Azerbaijan wants to
Next is Azerbaijan. That country has a reasonably developed horticulture sector and is a major supplier of tomatoes to Russia. “Azerbaijani tomatoes are very popular,” says Stefano. “That offers a lot of prospects for the Dutch horticultural sector, including for grow lights. More and more growers there are focusing on the use of light. They find the amount of natural light too low and know that there is more to be gained. They want a higher production."

The recent war with Armenia has created uncertainty in the market. “Shortly afterwards, Russia also introduced a temporary import stop. Now it has been decided in Azerbaijan to wait for economic stabilisation after the war, the reopening of the market with Russia, and recovery of prices. But the will is there. ”

Gavita has patience
In short, Gavita is doing well. “We have no reason to complain, it is just a matter of patience. The market is willing but needs a bit more time to recover than I expected. I do believe it will be all right again - albeit it perhaps not this year, or next year. You should also not forget that as a light supplier we are often at the back of the queue: only when the greenhouse is up do we come to install the lights.”

Also when it comes to visiting the CIS countries, it is still a matter of patience. Russia is currently closed (except for "high-qualified specialists" such as technicians), but Uzbekistan is open under certain conditions. “There is mutual travel between Russia and surrounding countries, but the Americans and Dutch are not yet going to Russia. In principle it is possible, but there is a process of a few months beforehand.”

Because Russians prefer to do business face to face, Stefano hopes to be able to do so again soon. "The digital solutions are useful, but they are no substitute for personal contact."

Opportunities
Finally: where are the opportunities in the CIS countries? Stefano sees opportunities for new construction projects and turn-key builders. Maybe a little less than before, but “before there was a subsidy program, there was still construction in Russia, only on a smaller scale. That will therefore continue as usual after the program has ended.”

For a grow light supplier like Gavita, Stefano has especially high expectations of modernisation projects. “There is a lot of potential for hybrid lighting. Given the climate, HPS still has added value because of the heat it releases. But the light gain that can be achieved with LED with the same energy consumption offers many opportunities.”

With the new LED fixture from Gavita, Stefano expects that they will be able to participate very nicely in that transition to hybrid lighting. “We have built up a significant market position in recent years, mainly thanks to a very strong local partner, Lumex M in Saransk, Russia. If the customer has a problem, the aim is to have someone on the doorstep within a week to solve it.”