An Australian tropic plants project has been equipped with a Processed Air System. Combining the heat pumps with fans, resulting in reduced running costs while maintaining the temperature between 18 and 25 degrees. 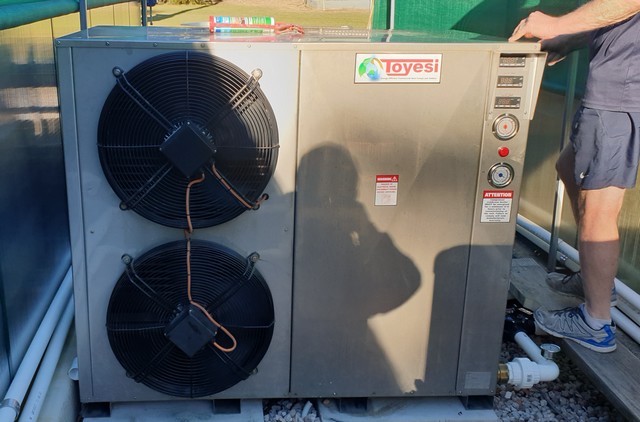 Space temp control
Space temp control is nothing new in the greenhouse industry. "A lot of growers use fan heaters, electric element or gas heaters in their greenhouse. We have been working a many Simple Greenhouse Space temperature control," says Mark Whorlow with Toyesi, supplier of water heater and chiller systems. For a tropic plants project, they now developed PAS, a Process Air System. "PAS utilises the efficiency of a Heat Pumps System. This means a huge 50 to 70% saving on running costs over the other methods of heating the greenhouse over winter", he says.

This project he refers to, has two greenhouses with tropical plants requiring maintaining 18 to 25°C all winter long. "Since they had two greenhouses, we had a choice of 2 separate systems, or a combined system. We chose to combine the system, meaning half the equipment needed and a reduction in overall costs."

Centralized heat pump
Using a centralized Toyesi Heat pump controlling a body of water temperature, they then had a choice between a fan based system or a radiant pipe system. "The advantage of our air-based system is you only need to heat the water to 35C rather than 45C or more for a radiant system. This again reduces running costs," he says.

Reverse cycle
According to Mark, one of the other great things about the project is that the heat pumps are reverse cycle. "In summer, where ventilation and shade no longer is enough to keep the greenhouse temperatures down, the system can be kicked into cool mode and bring the room temp back under control." 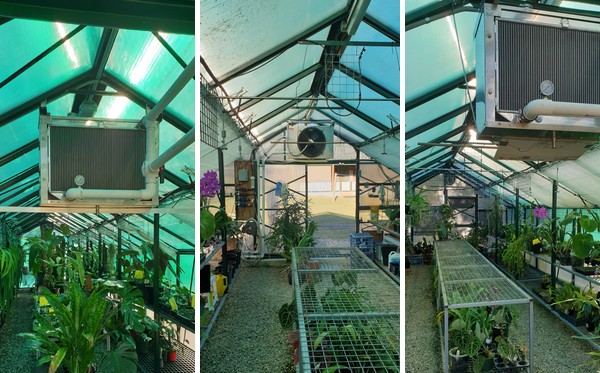 "The other benefit of the Toyesi Air system is the fact we use fans in the system," Mark continues. "Many greenhouses uses fans to circulate air around the enclosure. Because our system incorporates a fan, it reduces the need of one or more of the fans inside the greenhouse."

This particular customer backed the system with solar power and battery to off set running costs even more. "Paying only 10 to 20% of the potential cost of the heating elements previously used," Mark summarises. "Yes a dearer to install, but with the payback benefits of 12 months to 3 years (pending site) it becomes a no brainer."